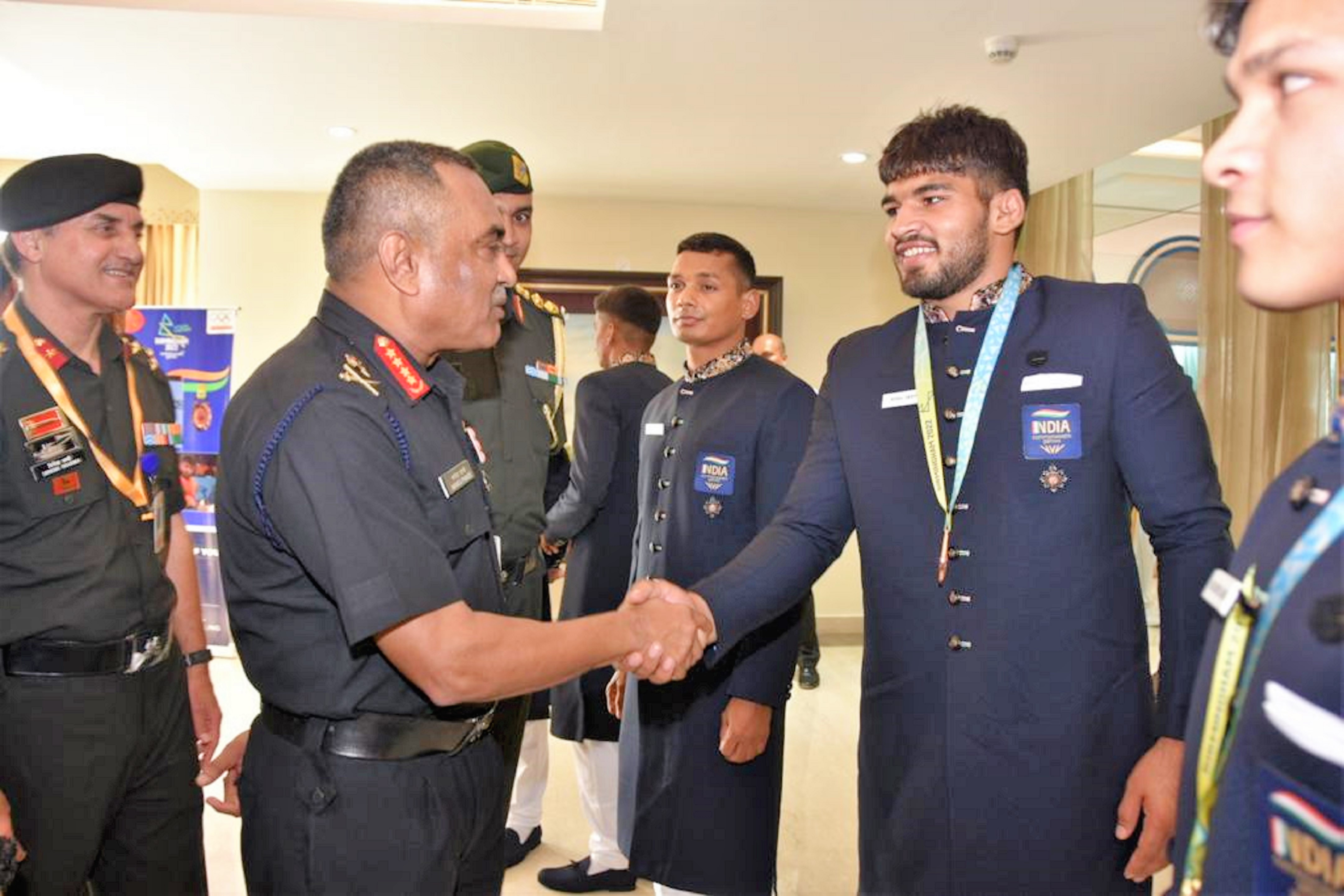 It is indeed a commendable feat that out of 18 participants from the Indian Army in the Commonwealth Games squad, eight sportspersons have earned medals for India. These medals are a result of a carefully planned and sustained “Mission Olympic Programme” by the Indian Army, which was conceived and implemented since year 2001.

On return of the team to India, Gen Manoj Pande, Chief of the Army Staff (COAS) and senior officers of the Army HQ congratulated and interacted with the sportspersons at an exclusive function organised at Delhi Cantt on 10 August 2022.

Addressing the sportspersons, the Army Chief acknowledged their superlative performance and remarked that the Indian Army participants are the real role models for the Nation. The COAS said that their individual performances have made the Indian Army and the entire Nation proud. He also wished them the very best for all the forthcoming events. The Army Chief felicitated the participants by awarding Commendation Cards and cash incentives. Medal winners will also get out-of-turn promotions as per policy in vogue. 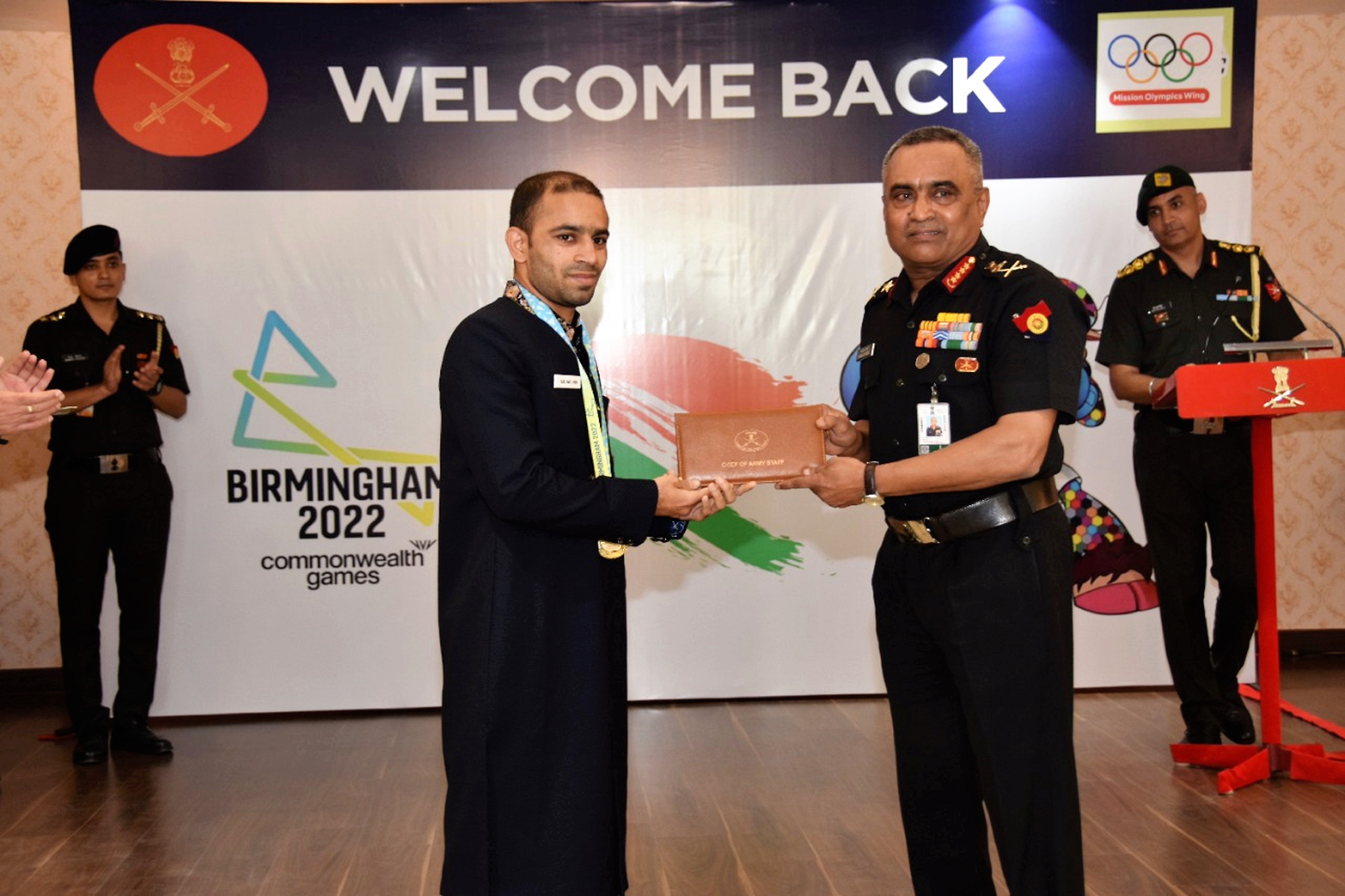 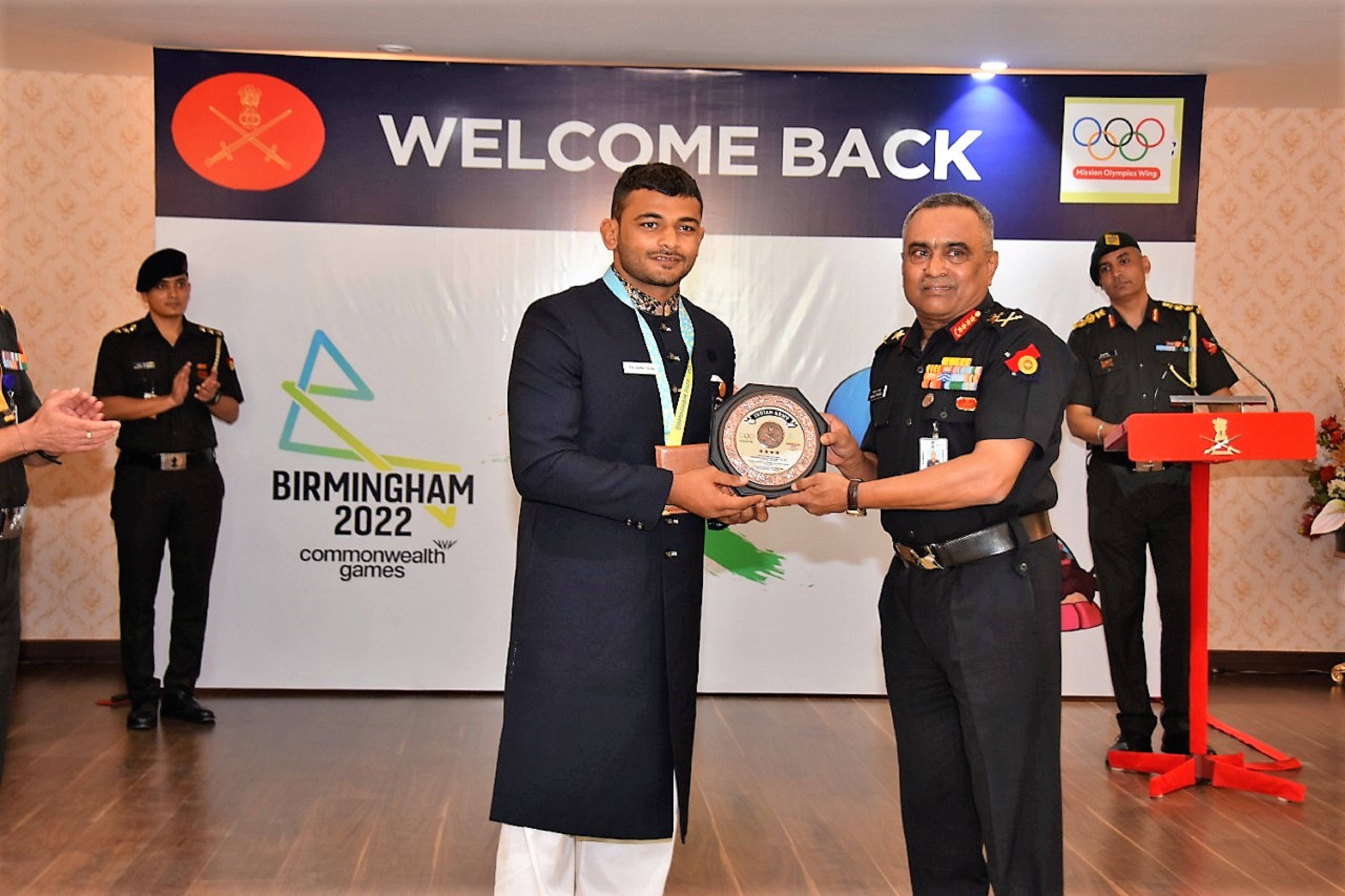 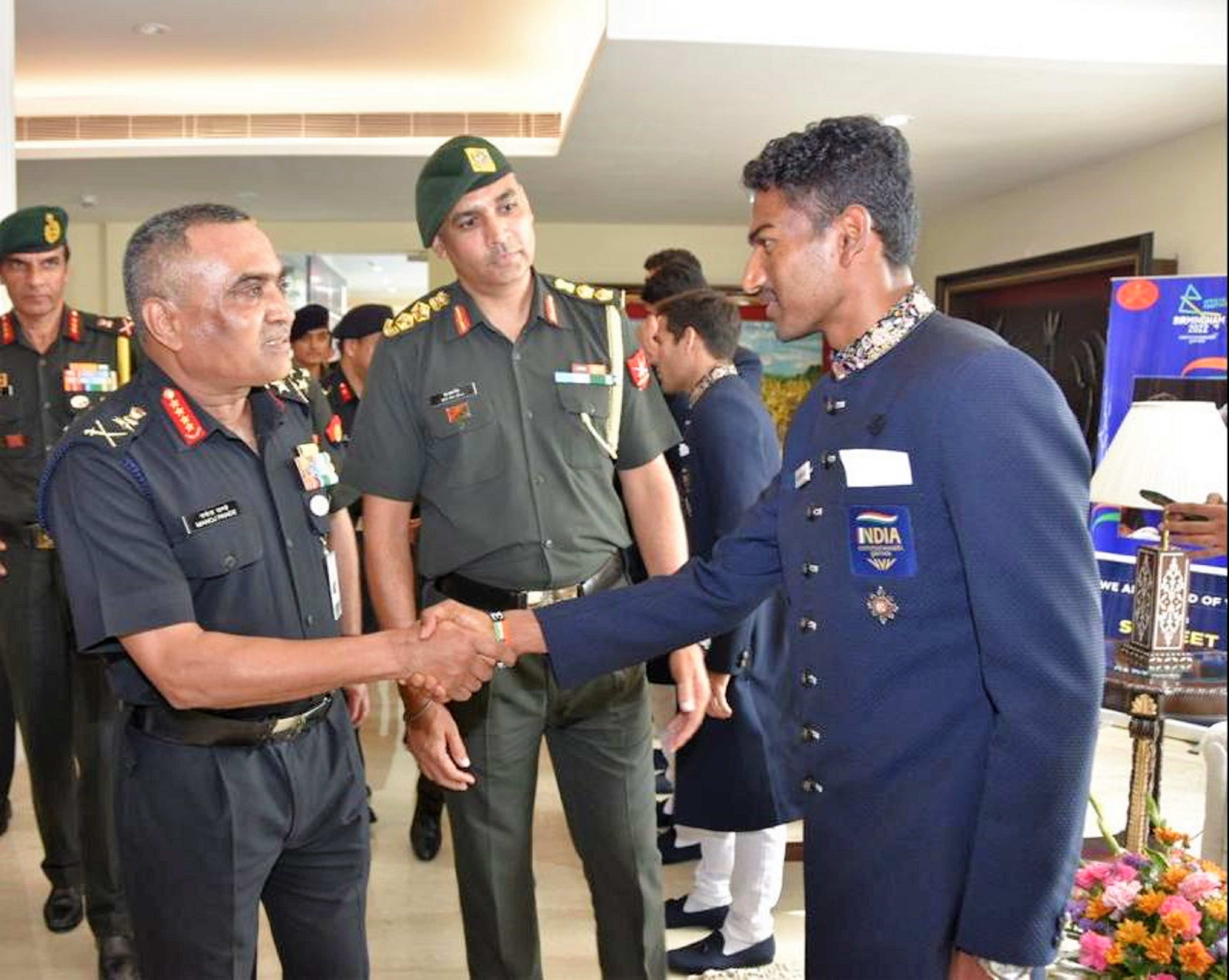