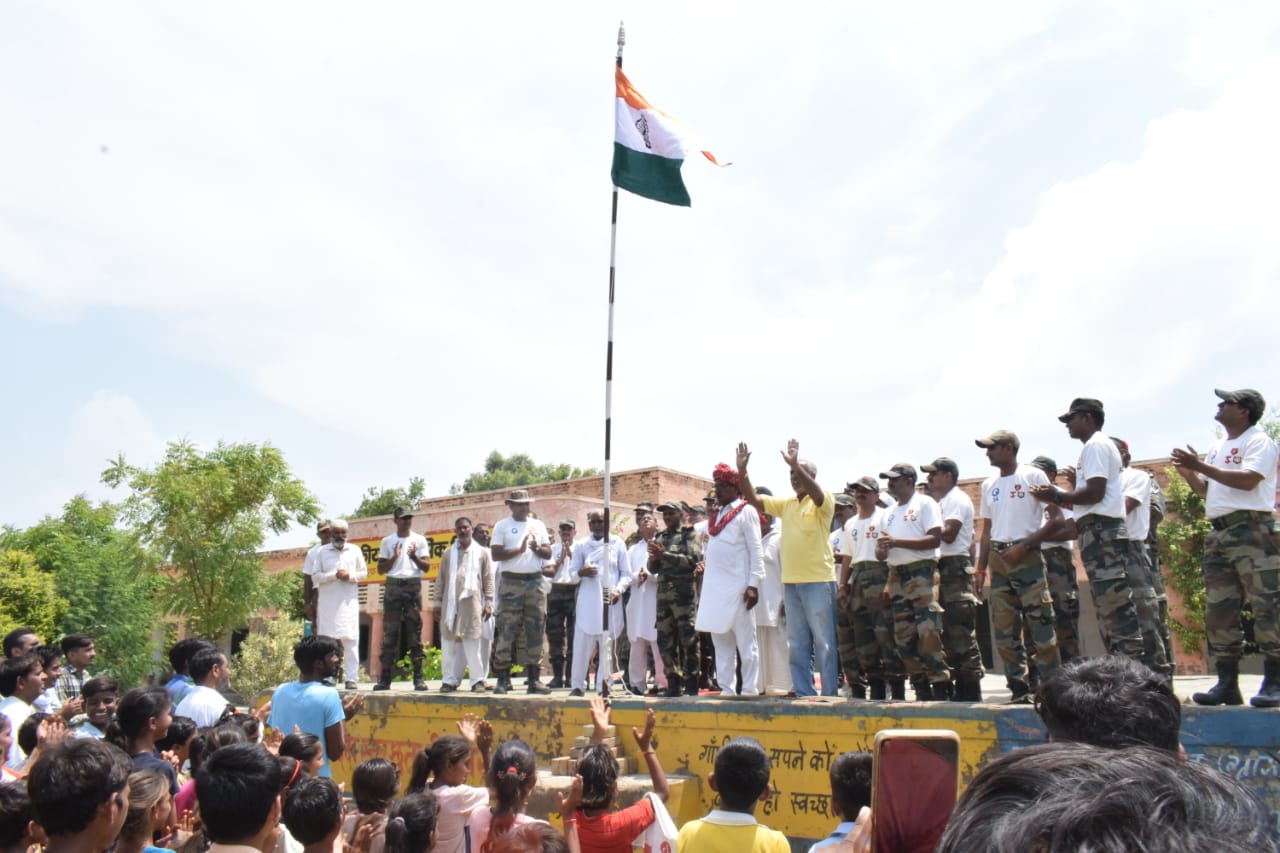 As part of “Azadi Ka Amrit Mahotsav” celebrations, gallantry award winners of the Indian Armed Forces were felicitated and the two-day Motor Cycle rally, spreading the message “Har Ghar Trianga” was flagged in by the Army at Abohar Military Station.

The event was organised on 14th August under the aegis of Amogh Division as part of the ongoing celebrations in the Chetak Corps.  In the ceremony, 36 gallantry award winners including ex-serviceman and Veer Naris were felicitated by the General Officer Commanding, Amogh Division.

The General Officer Commanding complimented the awardees, their families and conveyed gratitude to them for their acts of gallantry which will always be a source of inspiration for future generations.  The event served as a platform to acknowledge the selfless service of the brave soldiers and their contribution to the Nation.

The ceremony also included a splendid display of military bands, Jhanj Pathak and Khukhri display. During the event, a health check-up camp, information desks of Zila Sainik Board, Ex-servicemen Contributory Health Scheme and SBI Abohar were setup for the benefit of Ex-servicemen and their dependents.

The Motor Cycle rally, flagged off on 13 August from Abohar Military Station, covered a distance of 250 kilometers in two days hoisting the National flag in schools of the border villages, promoting the message “Har Ghar Tiranga”. 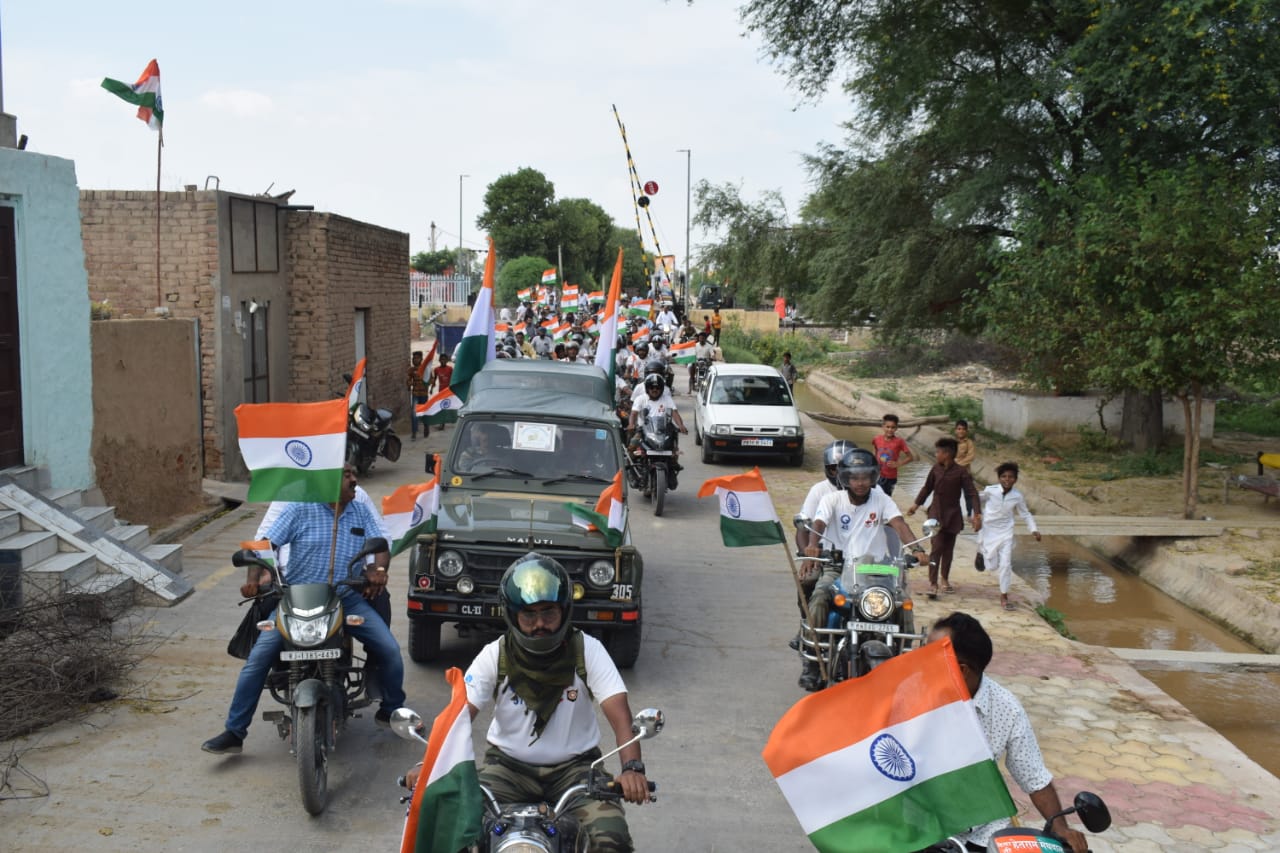 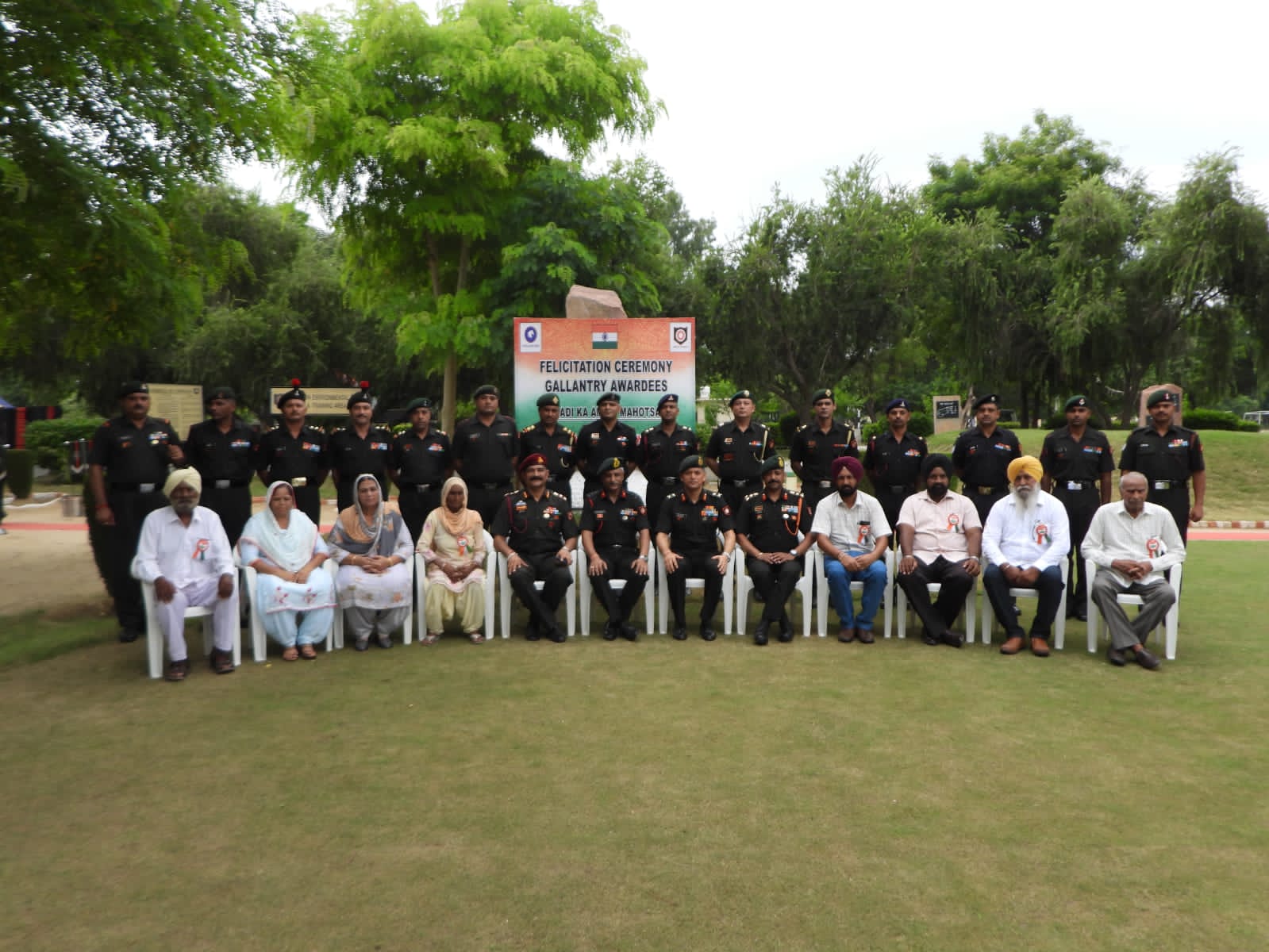 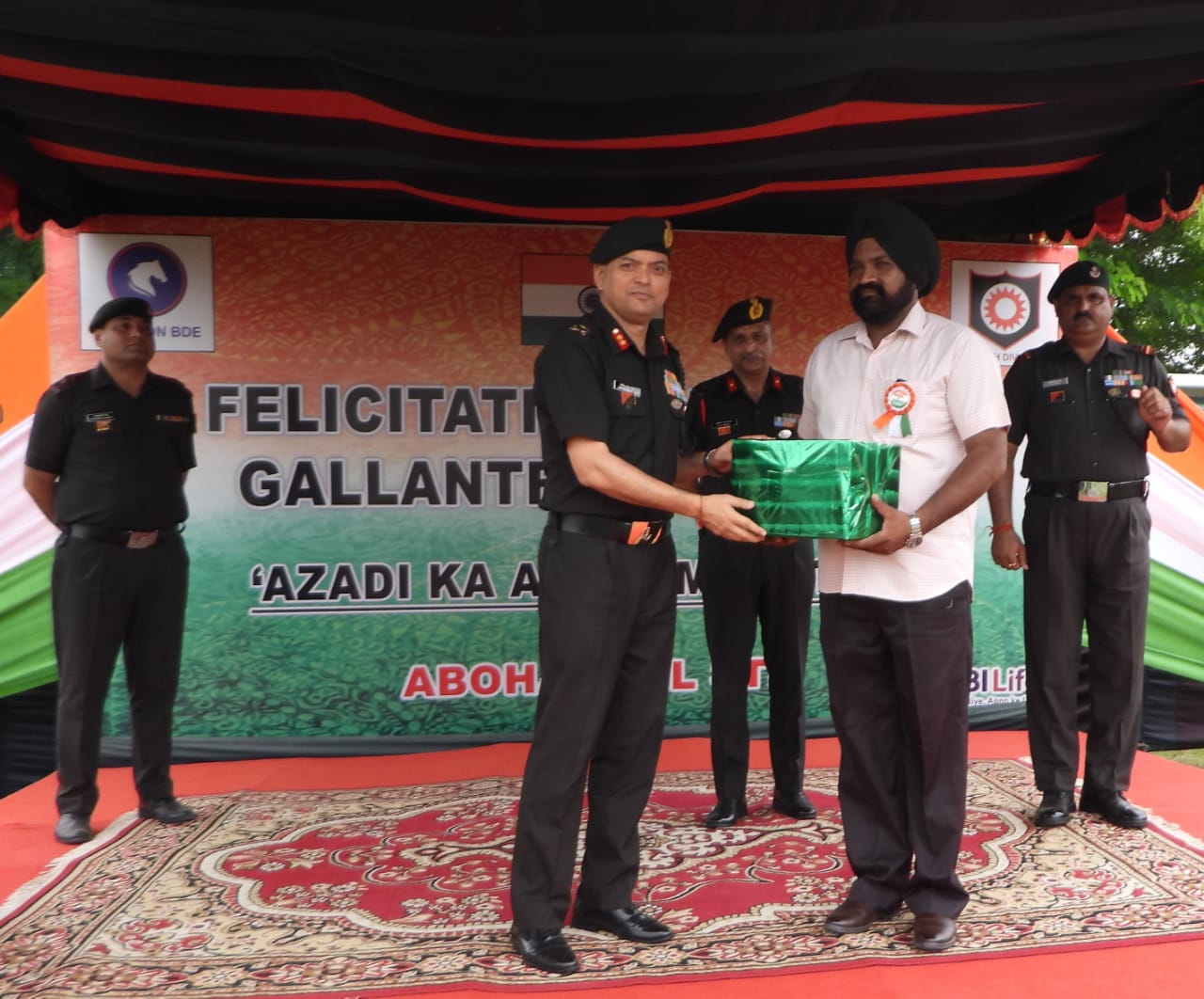 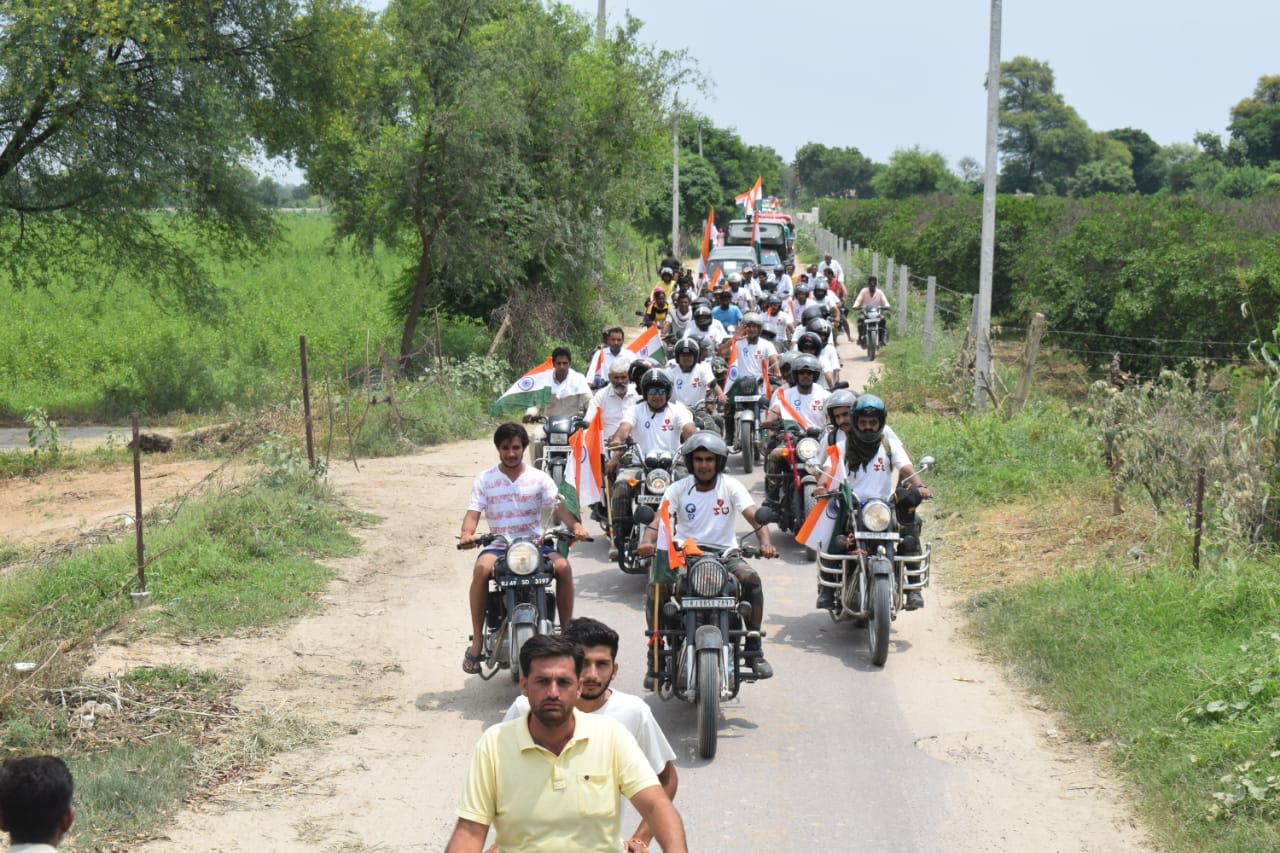