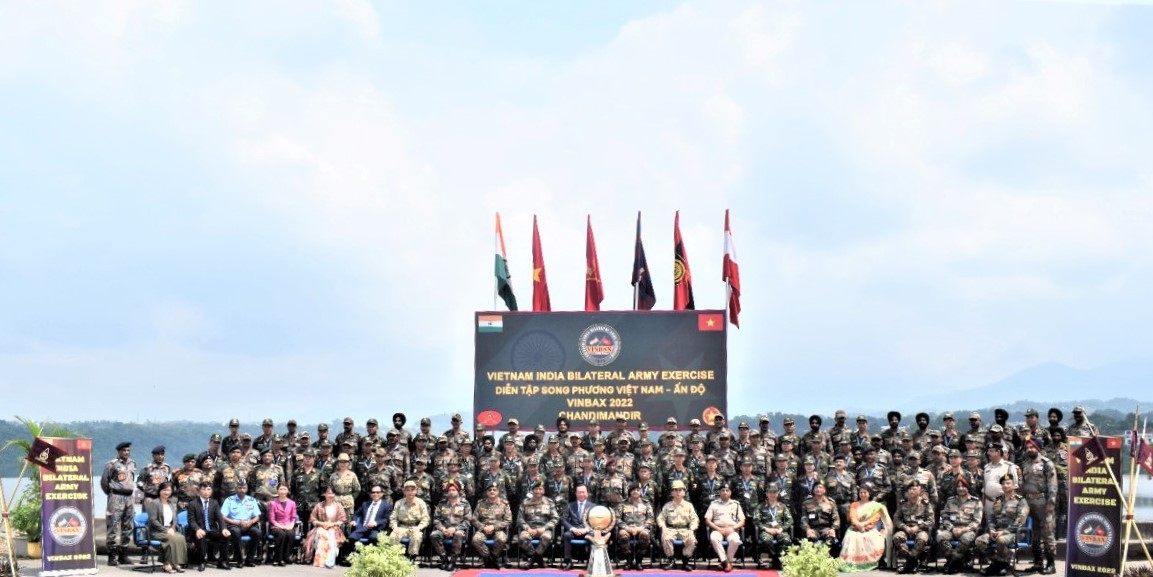 Vietnam-India Bilateral Army Exercise VINBAX 2022 concluded at Chandimandir with an impressive display of Multi Agency Humanitarian Assistance in Disaster Relief (HADR) demonstration and an equipment display showcasing the Make in India and Atmanirbhar Bharat initiatives. The exercise had commenced on 01 August and was focused on deployment of Army Engineer and Medical teams in UN Peacekeeping operations. What made the exercise unique was the fact that it was the first time ever that the Vietnam People’s Army (VPA) was undertaking a Field Training Exercise with any foreign Army. The fact that Vietnam chose India for this honour, speaks volumes about the value the two countries place on their mutual relationship.

Over a period of three weeks, the soldiers of the two Armies rubbed shoulders with each other learning from each other and sharing best practices. Vietnam has deployed a contingent in UN peacekeeping operations for the first time in South Sudan while India has a long and rich tradition of contributing to UN peacekeeping operations. The contingents from the two countries underwent theory classes followed by practical exercises to validate the learning. The final validation exercise nicknamed ‘Men in Blue’ was built around the setting up of a base in a remote African location faced with myriad challenges.

The closing ceremony was attended by H.E Pham Sanh Chau the Ambassador of Vietnam to India and a high-level observer delegation of VPA who had flown down especially for the purpose. On the Indian side Lt Gen Nav Kumar Khanduri, GOC in C Western Comd presided over the event which was hosted by Lt Gen Pratik Sharma, GOC Kharga Corps. Speaking on the occasion the dignitaries emphasised the close relationship and convergence of interests between Vietnam and India.

The next edition of VINBAX will be hosted in Vietnam in 2023.