Indigenously Designed and Developed Light Combat Helicopter (LCH) inducted into Indian Air Force LCH is as much a force multiplier for IAF as it is for Atmanirbharata in Defence: Raksha Mantri Raksha Mantri flies on board the newly inducted LCH 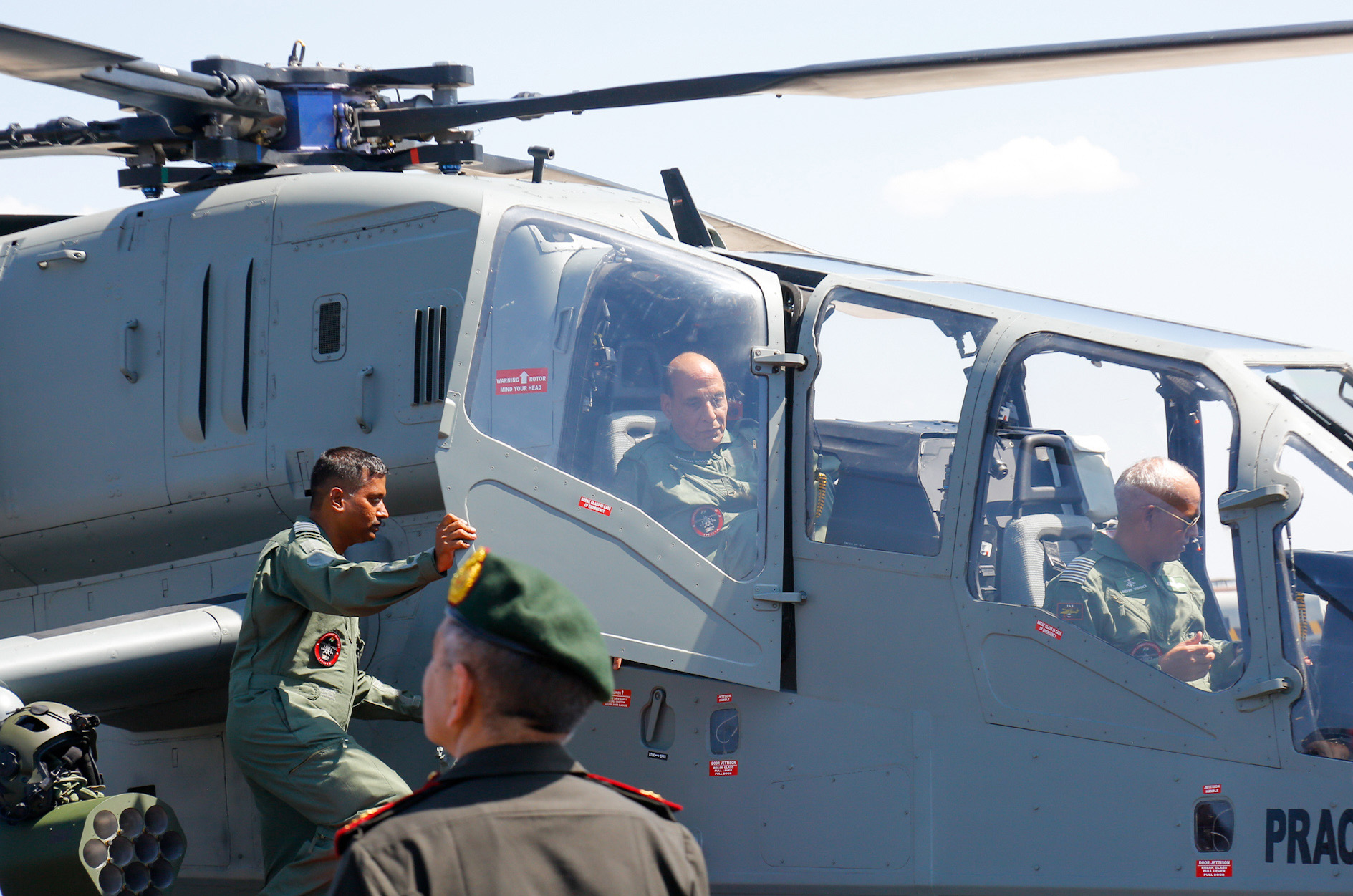 LCH is as much a force multiplier for IAF as it is for Atmanirbharata in Defence: Raksha Mantri

Raksha Mantri flies on board the newly inducted LCH

In a big boost to Aatmanirbharatha in Defence, Raksha Mantri Shri Rajnath Singh today presided over the formal induction of Light Combat Helicopter (LCH), designed and developed by Hindustan Aeronautics Limited (HAL), into the Indian Air Force (IAF) in Jodhpur. Naming LCH as “Prachanda”, Raksha Mantri said that its induction comes during the Amrit kal when the Nation is celebrating Azadi ka Amrit Mahostav and a pointer to the future when IAF will be the top most force in the world, as also making the country fully AtmaNirbhar in Defence production requirements. Raksha Mantri also took a sortie onboard the LCH shortly after its induction into IAF.

In his address, Shri Rajnath Singh praised role of IAF in meeting internal as well as external threats to the country since independence. He added that the induction of LCH, with its tremendous power and versatility, not only enhances the combat capabilities of IAF but is also a big step towards self-reliance in defense production, as envisioned by Prime Minister Shri Narendra Modi. The trust reposed and support extended by the IAF towards indigenous design & development is evident through the examples such as Marut, Light Combat Aircraft, Akash missile system, Advanced Light Helicopter and the Light Combat Helicopter. “The induction of LCH underlines the fact that just as the country trusts the Indian Air Force, the IAF equally trusts the indigenous equipment,” he added.

Raksha Mantri said that adequate attention was not paid to the development of indigenous attack helicopters for a long time after independence. However, since the Kargil War in 1999, the need for LCH was felt more and today’s LCH was a result of two decades of R&D and indigenous efforts in that direction. Shri Rajnath Singh added that LCH was flying not only on the strength of its rotors, engines and blades, but also on the strength of penance, patience, dedication and patriotism of many scientists, engineers and others.

Raksha Mantri noted that the LCH meets the requirements of modern warfare and necessary quality parameters under varied conditions of operations. It is capable of self-protection, of carrying a wide variety of ammunition, and delivering it to the field quickly. This versatile helicopter perfectly meets the needs of our armed forces in various terrains and as such LCH is an ideal platform for both our Army and Air Force, he added.

Raksha Mantri said that the recent conflicts in Ukraine and elsewhere showed us that heavy weapon systems and platforms, which do not allow for rapid movement in the battlefield, are sometimes vulnerable and become easy targets for the enemy. Therefore, the need of the hour is to move towards the development of those equipment and platforms, which are mobile, have ease of movement, are more flexible, and at the same time meet the requirements of the armed forces. In this context, LCH has been developed with an unprecedented balance of all these features and HAL should be congratulated for this, Raksha Mantri said.

Air Chief Marshall V.R. Chaudhary, Chief of Air Staff said on the occasion that induction of LCH adds unique capability to the IAF’s combat potential. Versatility and offensive potential of the LCH is at par or better than most attack helicopters operating globally. Selection of the personnel in the 143-helicopter unit which will man the LCH have been made based on professional competence so as to ensure operationalisation of the unit at the earliest, he added.

The LCH is the first indigenous Multi-Role Combat Helicopter designed and manufactured by HAL. It has potent ground attack and aerial combat capability. Inducted in IAF’s newly raised No. 143 Helicopter Unit, it is a testimony to India’s growing prowess in indigenous design, development & manufacturing and a significant milestone in the path towards ‘Atmanirbharta’ in Defence. The helicopter possesses modern stealth characteristics, robust armour protection and formidable night attack capability. Onboard advanced navigation system, guns tailored for close combat and potent air to air missiles make the LCH especially suited for the modern battlefield. Capable of operating from high altitude terrain and carrying out precision strike at high altitude targets, the helicopter is a formidable addition to IAF’s arsenal. 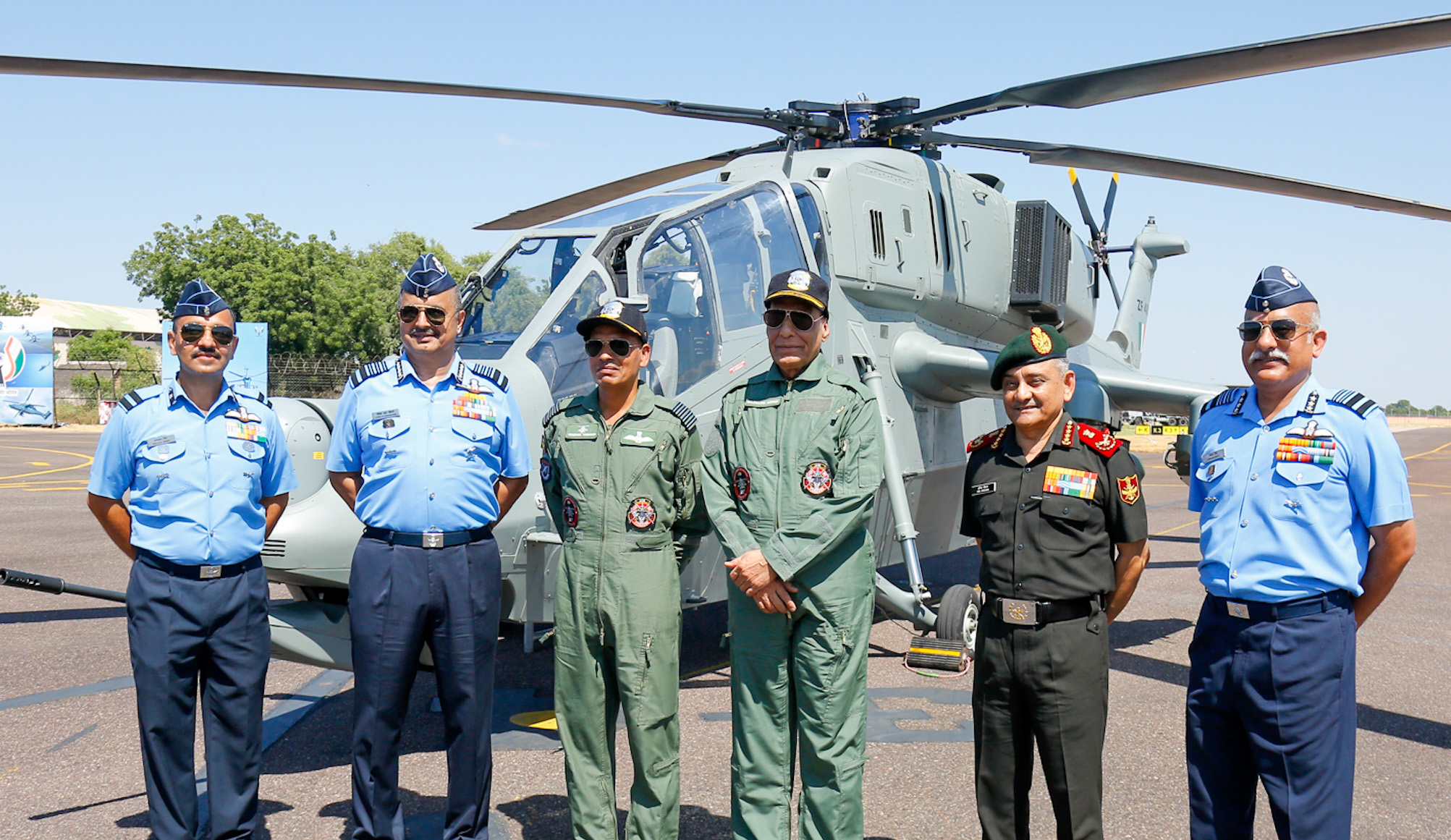 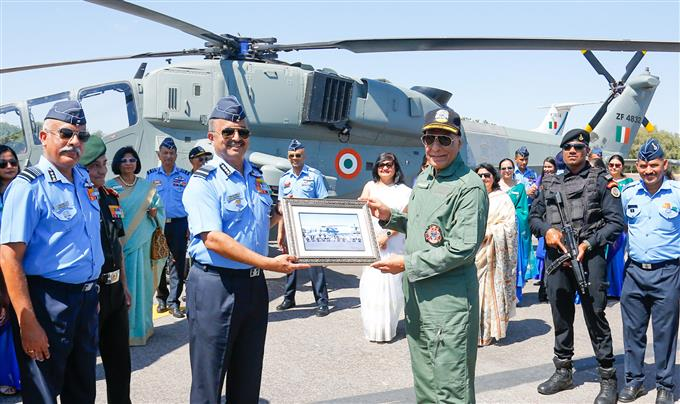