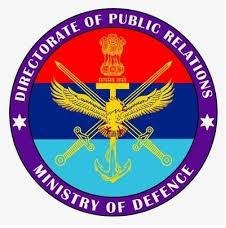 Secretary (Ex-Servicemen Welfare) Shri Vijoy Kumar Singh visited Ex-Servicemen Contributory Health Scheme (ECHS) Polyclinic, Arun Vihar, Noida on October 28, 2022 and reviewed the progress of the special cleanliness campaign. The ECHS Polyclinic at Noida has a daily average footfall of around 450 patients and it provides healthcare services to veterans and their dependents/family members. During his visit, Shri Vijoy Kumar Singh underscored the importance of cleanliness to prevent the spread of diseases and urged the officials to work in this direction by taking proactive steps for better infrastructure.

The Department of Ex-Servicemen Welfare has taken a number of initiatives under the 'Special campaign for Disposal of Pending matters' (SCDPM 2.0) of Government of India. It has identified removing pendency and promoting cleanliness as the key focus areas for better record management, improved work efficiencies, enhances transparency and contribution towards a sustainable future. Steps are being taken for maintenance of the government files and getting rid of the obsolete ones.

Special Campaign 2.0 seeks to institutionalize Swachhta not only as a one-time practice but imbibing it as a habit in day-to-day functioning. As stipulated in the SCDPM 2.0 guidelines, special focus is on field/outstation offices in addition to Ministries/Departments and their attached/subordinate offices. In this phase, a number of campaign sites have been identified including the remotest sites and offices that have the highest interactions with the Ex-Servicemen Community such as various Zila Sainik Boards, ECHS Polyclinics and Zonal Resettlement Offices located across various parts of the country.