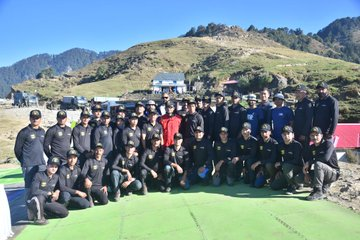 The First Inter Services Paragliding X-Country Championship took off with a colourful opening ceremony today at Bir Billing (Himachal Pradesh). The Championship, a first of its kind, is being conducted at Bir Billing from 29 Oct to 01 Nov 2022, under the aegis of Army Adventure Wing.

Paragliding is primarily a recreational and competitive adventure sport. The ability of the paragliding flight to last many hours and cover large distance is, what is of great importance to the Armed Forces, as it will facilitate aerial insertions behind enemy lines. Apart from encouraging competitive spirit this inter services competition will aim at achieving synergy among the services and also create a pool of trained pilots, who are especially trained for operational tasks behind the adversaries’ lines.

The opening ceremony was presided over by Brigadier AK Singh, who welcomed the paragliding pilots from the Services and expressed confidence that such an event will not only augment the efforts by the Army to provide an international level arena to the paragliding pilots to hone and showcase their flying skills. This event will also aid in putting tourism of Himachal Pradesh in front pages not only nationally but also at international stage. The location is one of the best locations in the world, besides is the 2nd highest site in the world.

The day’s activities witnessed around 15 paragliding pilots from the Indian Army and Navy taking off from Billing and landing at Bir located approximately 13 to 14 Kms, in a display of their ability of navigating X-Country in air. The pilots were cheered by the large spectators and local populace witnessing the competition. 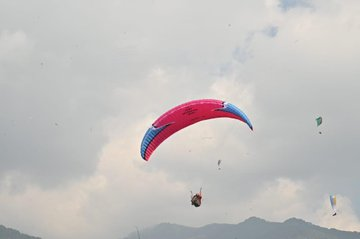