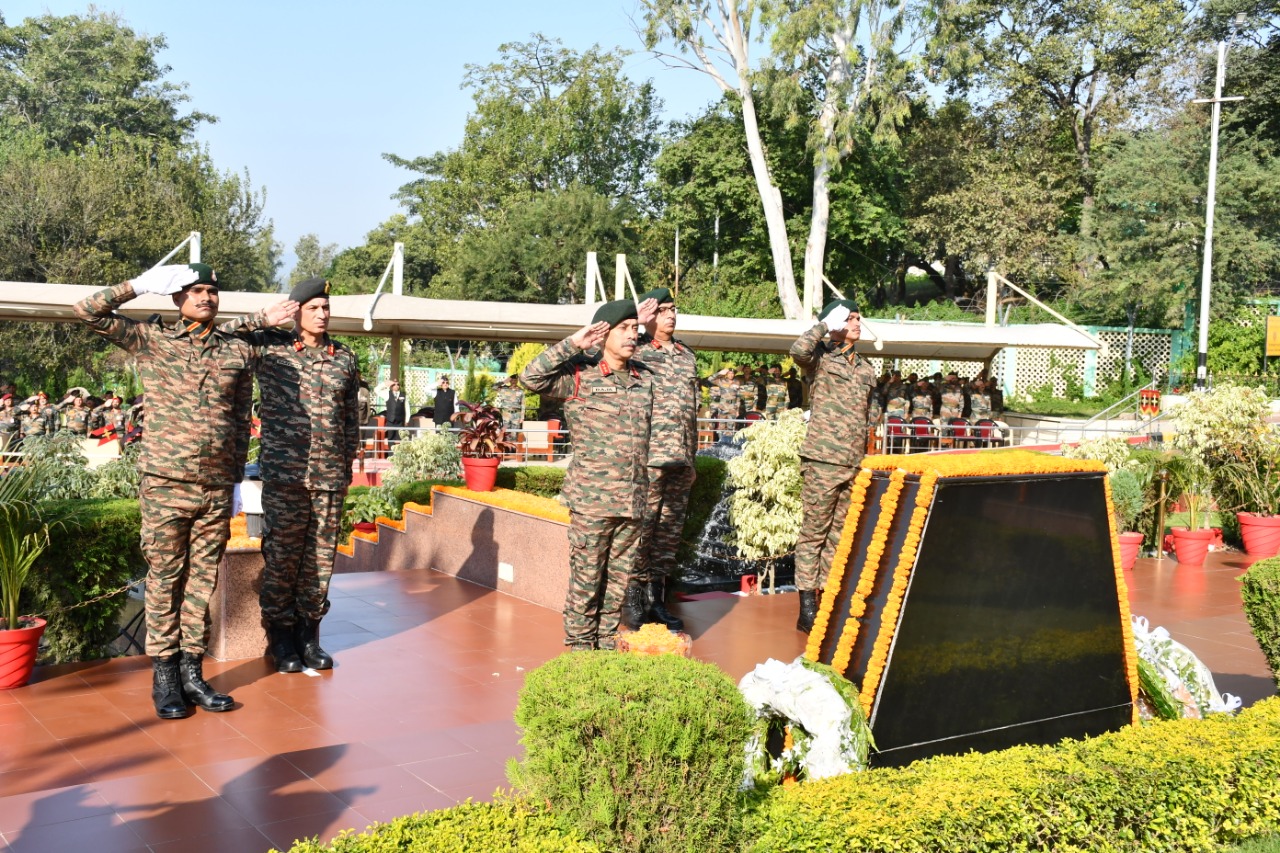 76th Infantry Day was celebrated on 27 Oct 2022 with a traditional wreath laying ceremony at the Dhruva War Memorial. The Infantry Day is celebrated to commemorate the operations launched by the Indian Army on 27 October 1947 to thwart the Pakistani aggression on the State of Jammu and Kashmir. On this solemn day, the supreme sacrifices made by the Indian Army in defending the honour and integrity of the nation was remembered by one all.

Lieutenant General NS Raja Subramani, AVSM, SM, VSM, Chief of Staff, Headquarters Northern Command laid wreath on behalf of                  Lieutenant General Upendra Dwivedi, AVSM, GOC-in-C, Northern Command. He complimented all ranks and veterans of Infantry for their  devotion to duty and indomitable spirit while working under trying and challenging conditions. He also saluted their contributions and sacrifices of the breavehearts to protect the territorial integrity of the Nation and fighting terrorism with unstinting resolve. 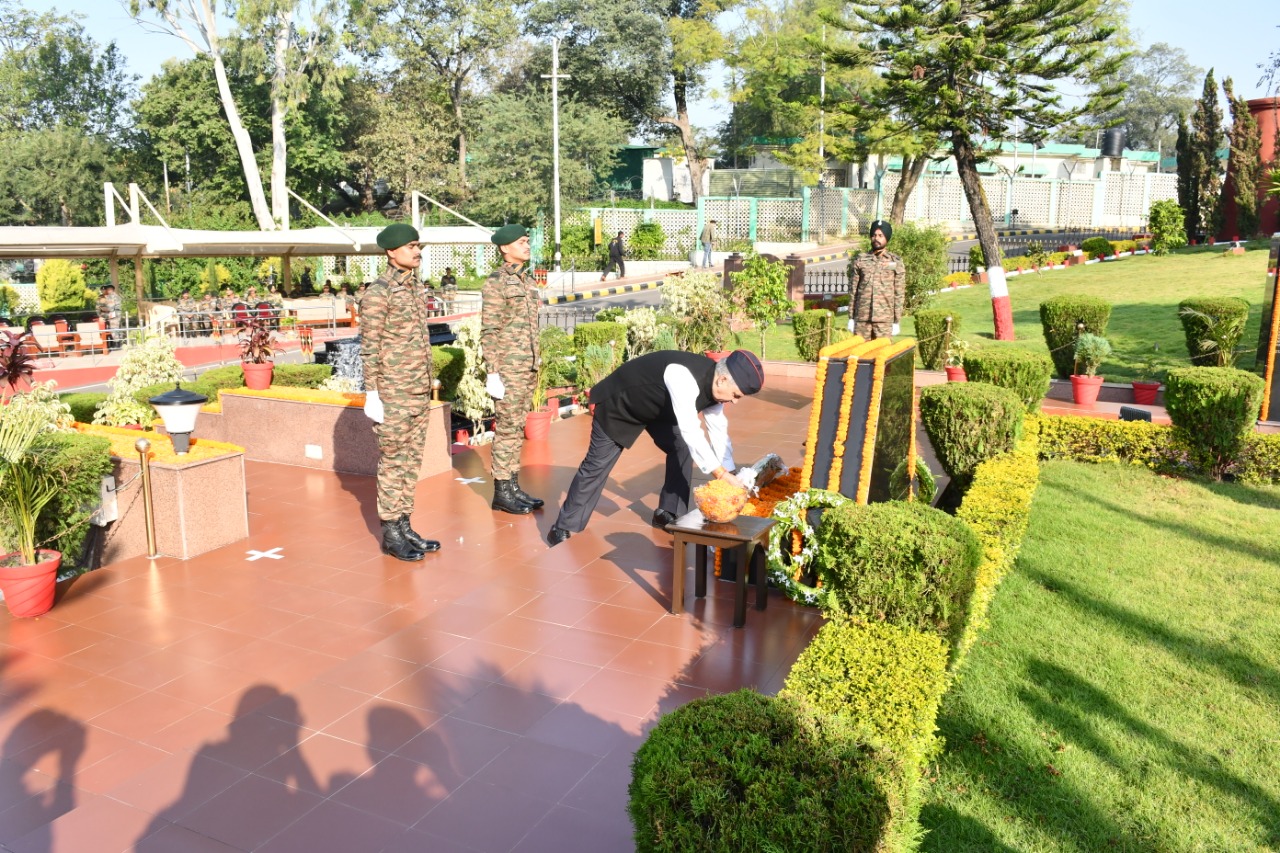 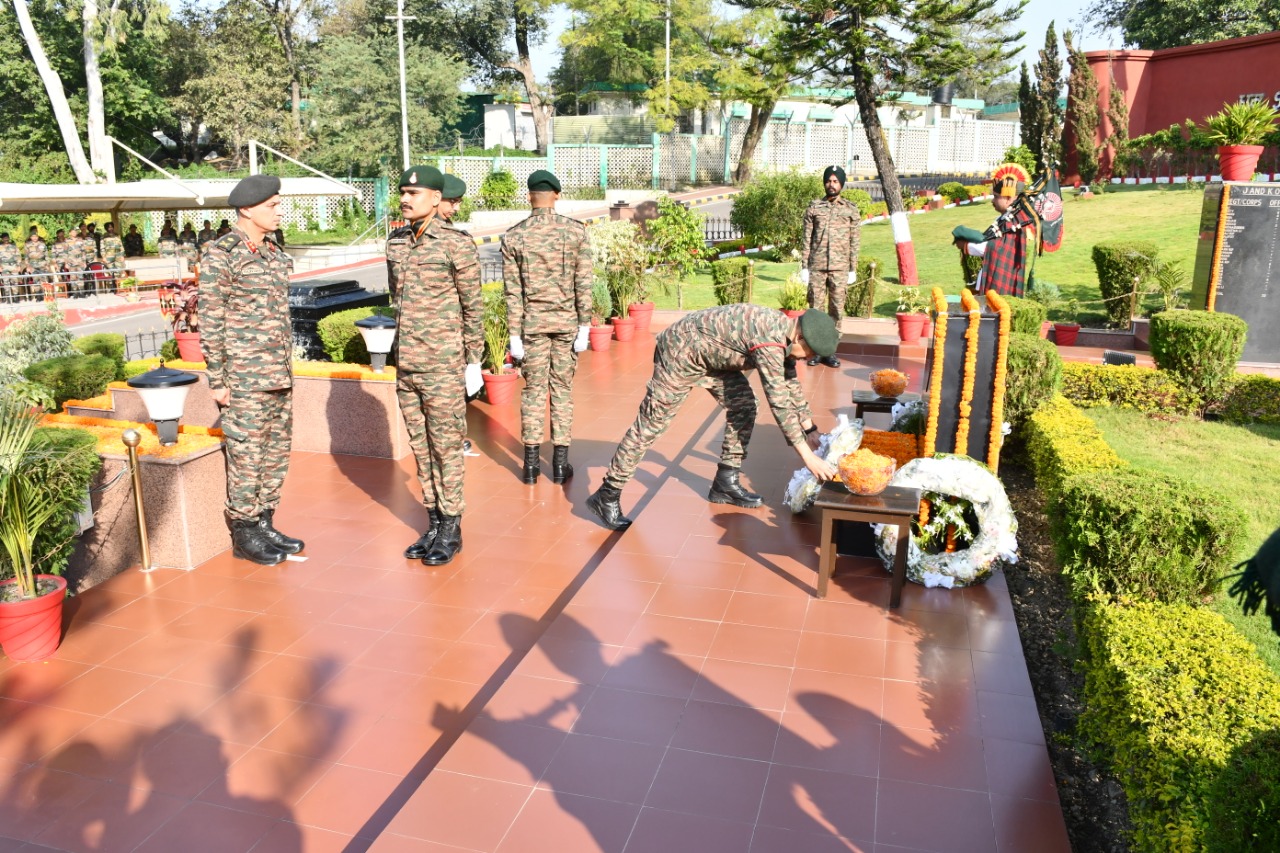 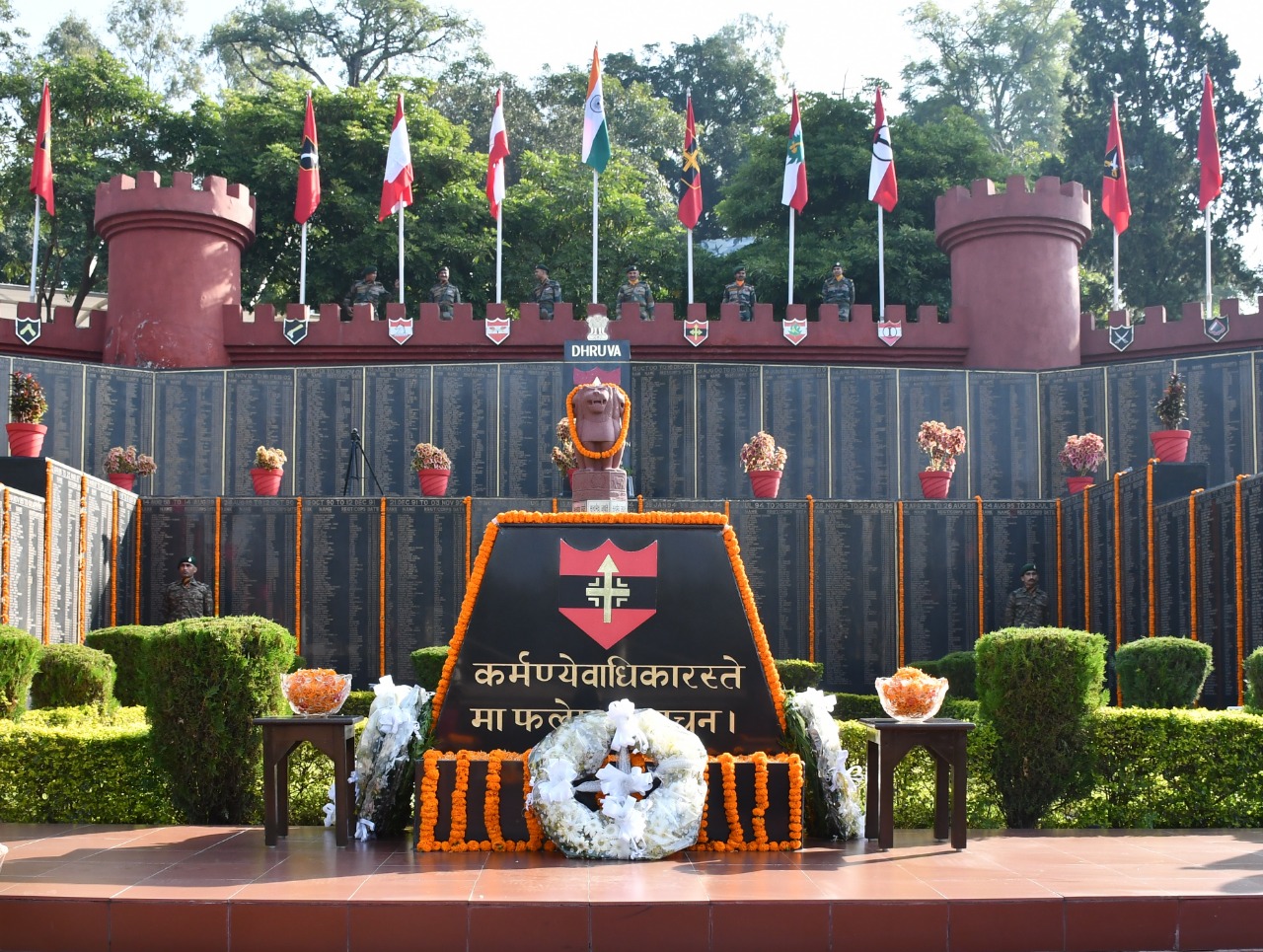