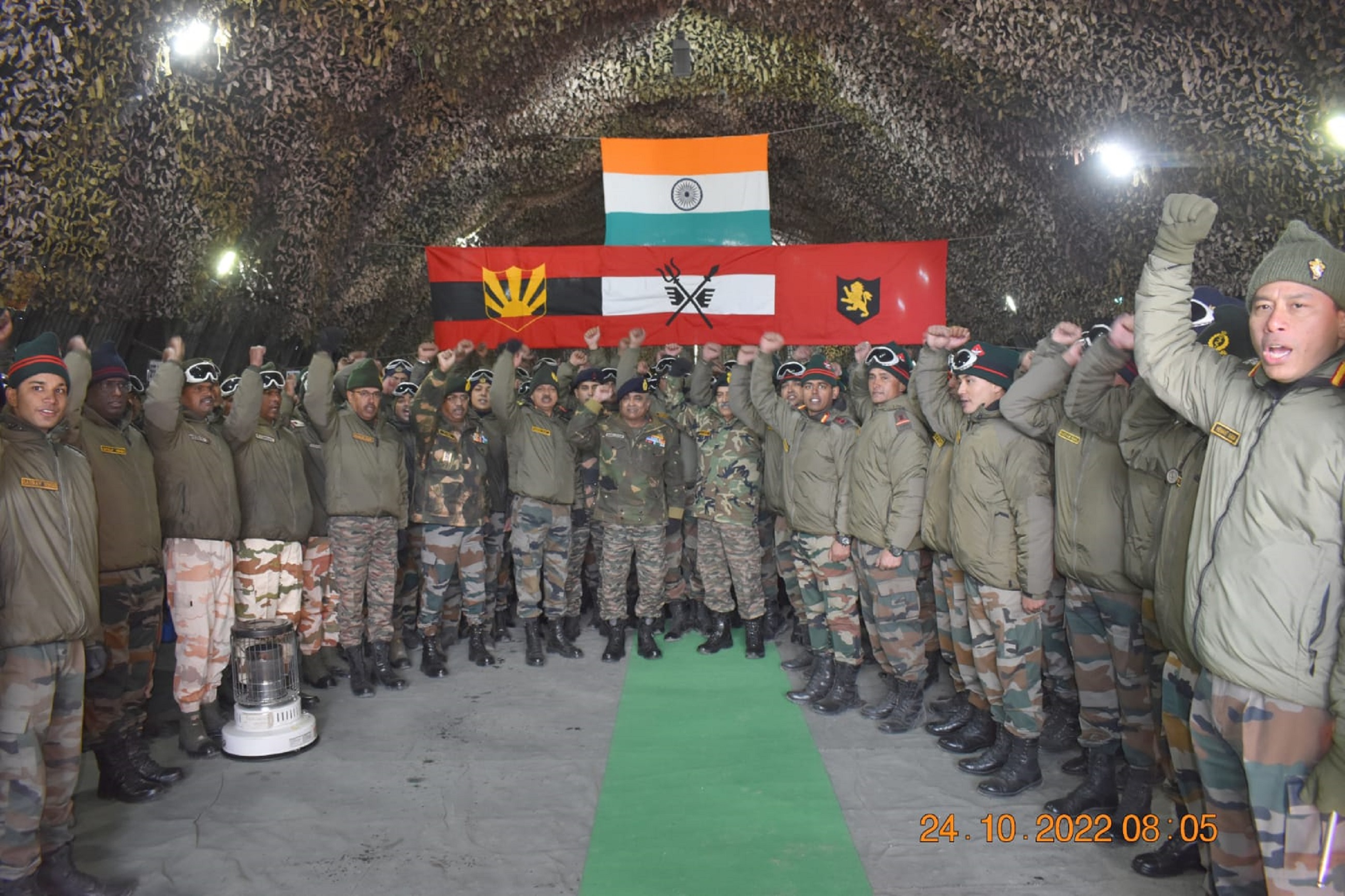 General Manoj Pande, Chief of the Army Staff visited military stations in North Bengal and border areas of Sikkim on 23rd & 24th October 2022. He wished all ranks on the occasion of Deepavali and also reviewed the security situation along the Northern borders of Sikkim. The Army Chief appreciated the troops for maintaining a high level of operational efficiency and morale.

On arrival at Sukna Military Station on 23rd October, the COAS interacted with the troops over a programme, showcasing India’s cultural heritage and unity in diversity, organised on Deepavali eve. The Army Chief lauded the troops for the dedication and wished all ranks and the families on the occasion of Deepavali. The COAS also complimented the Mountaineering Team that summited Mt Jonsang and Mt Domekhang and the Shooting Team of Trishakti Corps that came first in the Skill at Arms competition recently held at Mhow.

On 24th October, the COAS accompanied by Army Commander and GOC visited forward areas in North and East Sikkim. Reviewing the operational situation and preparedness of the field formations deployed along the Northern Borders in Sikkim Sector, the COAS expressed his satisfaction and exhorted the troops to maintain readiness for all types of challenges. Greeting the soldiers on the occasion of Deepavali, the COAS presented and shared sweets with them. The Chief also complimented the soldiers for their professionalism and dedication to duty. 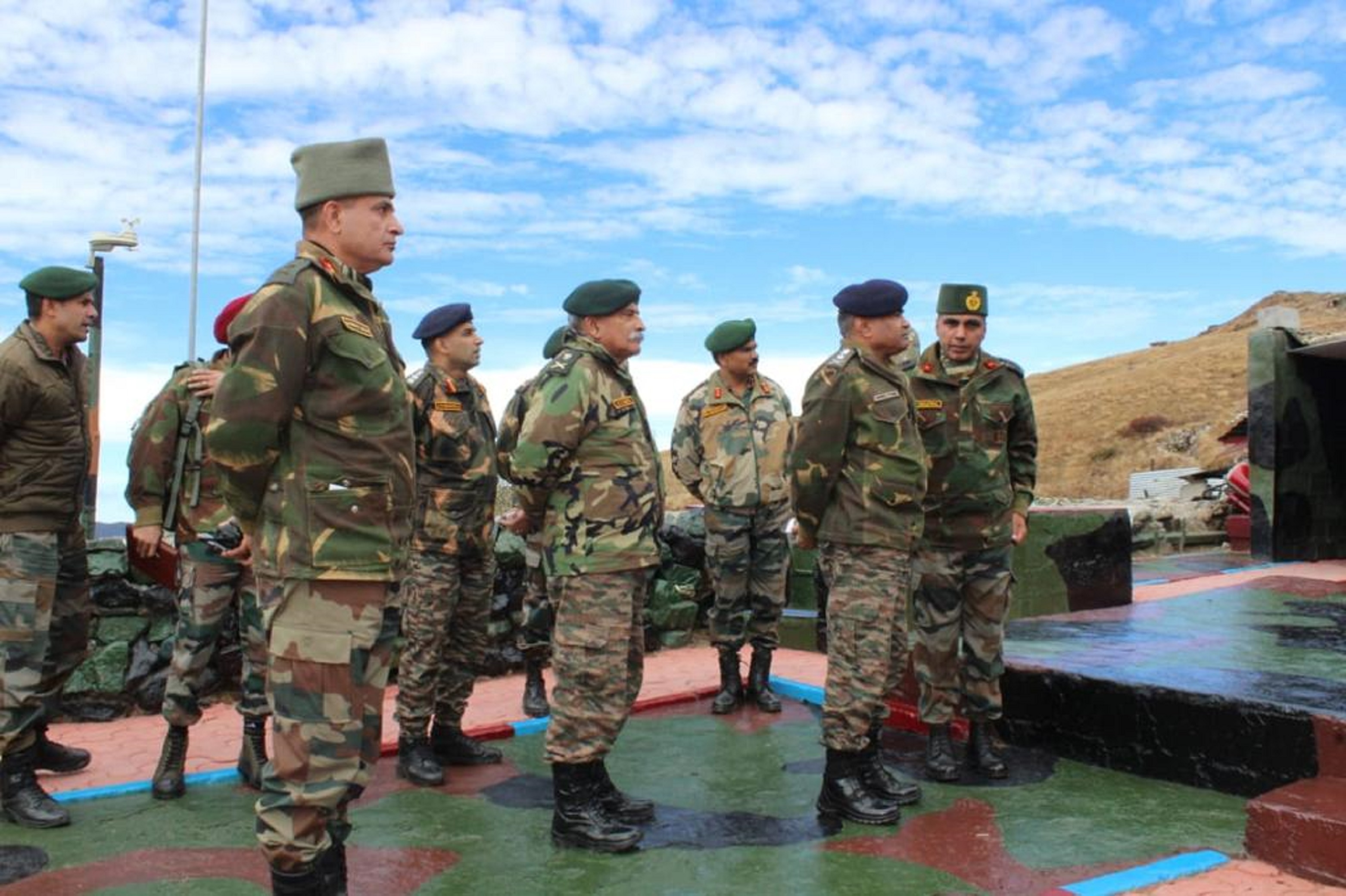