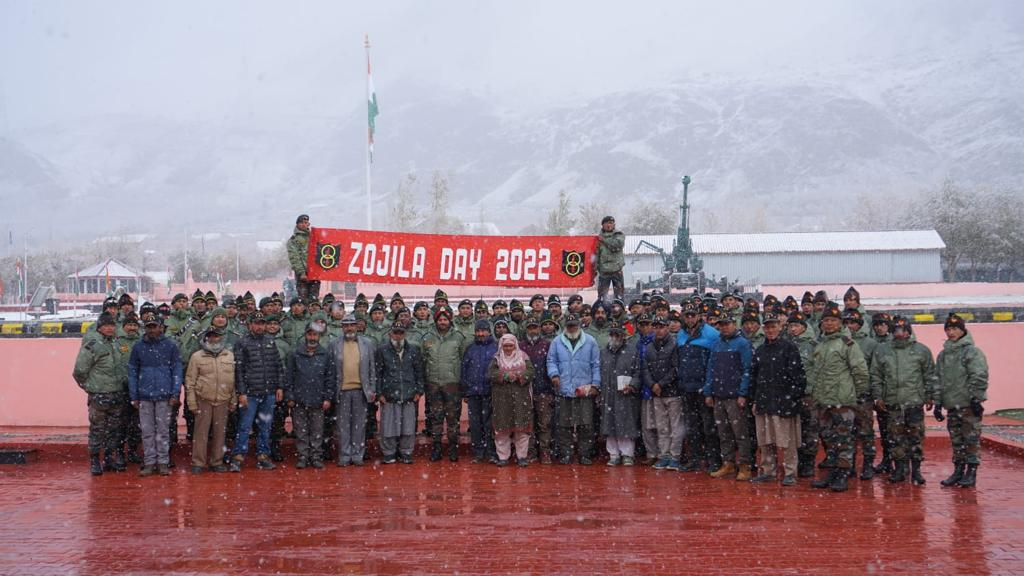 Zojila Day was commemorated at Zojila War Memorial near Drass on 01 Nov 2022 to celebrate the gallant action by Indian troops in 'Operation Bison' in 1948 which was launched on the icy heights of Zojila pass, the gateway to Ladakh. The commemoration of the day was marked with a solemn wreath-laying by Commander Dras Warriors of the Leh-based Fire and Fury Corps, to pay homage to the gallant bravehearts, who have etched their names in history by liberating the Zojila pass from Pakistani Intruders. Zojila day epitomises the indomitable spirit of bravery and 'Never Say Die' attitude of the Indian Army. This battle was also historic for the reason that tanks were used for the first time at such heights.

Commander Drass Brigade, interacted with the soldiers on the occasion and called upon all ranks to continue to draw inspiration from the heroic deeds of our bravehearts and always keep 'Nation First' in their endeavours. 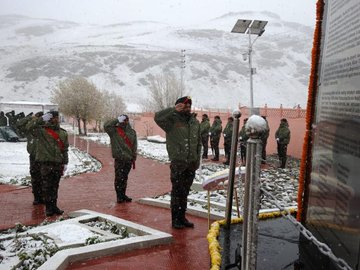