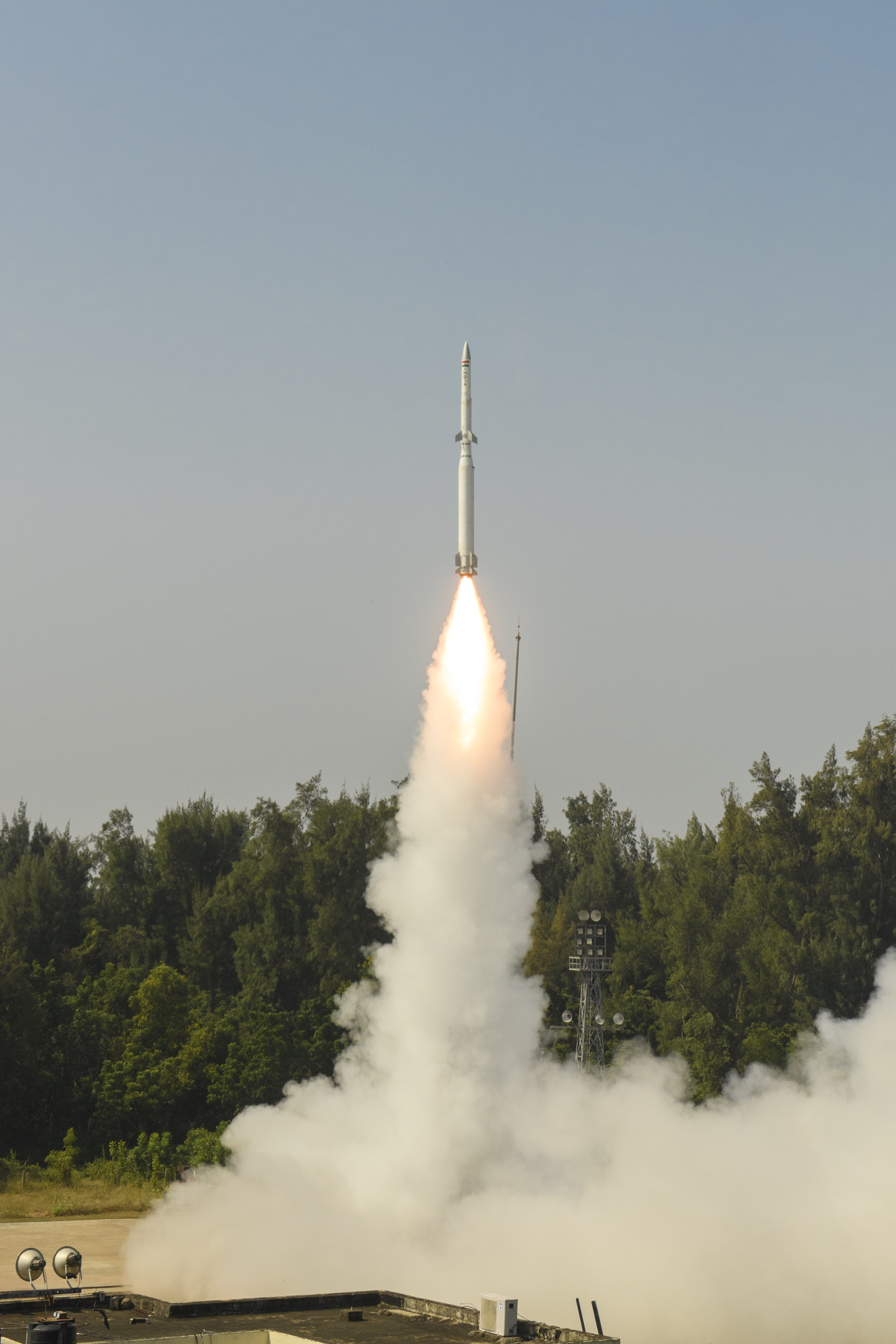 The AD-1 is a long-range interceptor missile designed for both low exo-atmospheric and endo-atmospheric interception of long-range ballistic missiles as well as aircraft. It is propelled by a two-stage solid motor and equipped with indigenously-developed advanced control system, navigation and guidance algorithm to precisely guide the vehicle to the target.

During the flight-test, all the sub-systems performed as per expectations and were validated by the data captured by a number of range sensors including Radar, Telemetry and Electro Optical Tracking stations deployed to capture the flight data.

Raksha Mantri Shri Rajnath Singh congratulated DRDO and other teams associated with successful flight trial of AD-1. He termed it as a unique type of interceptor with advanced technologies available with a very few nations in the world. He exuded confidence that it will further strengthen the country’s BMD capability to the next level.

Secretary, Department of Defence R&D and Chairman, DRDO Dr Samir V Kamat congratulated his team on the successful trial, stating that this interceptor will provide great operational flexibility to the users and having capability to engage many different types of targets.