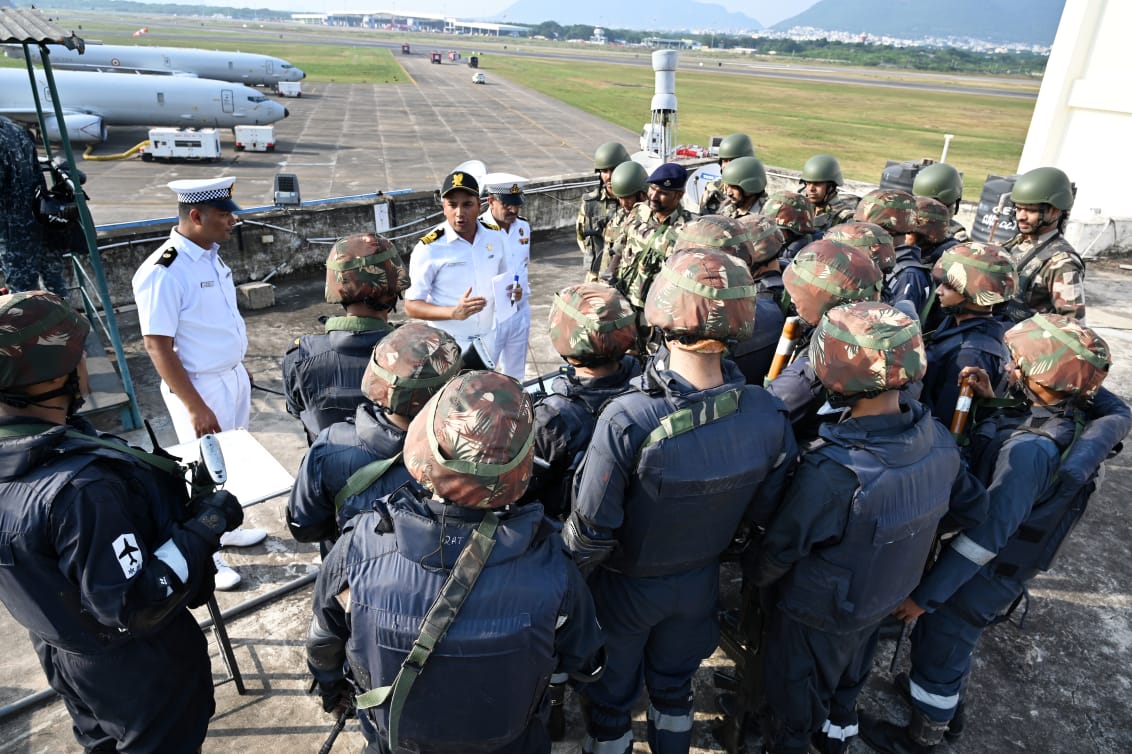 An Anti-Hijack Mock Exercise was conducted at Visakhapatnam Airport by INS Dega on 02 Nov 2022. The Anti-Hijack Exercise was conducted with a mock situation created and involved actions by various agencies including Marine Commandos, the Central Industrial Security Force (CISF), the Airport Authority of India and the State Government agencies. The objective of the exercise was to test the efficacy of the contingency plan and procedures to deal with hijack threats by all stakeholders.

An Indian Naval Dornier aircraft was utilized to simulate a mock situation for initiating coordinated actions by all stakeholders from the Navy, the Airport and other Central and State agencies during the Anti-Hijack Exercise. On completion of the exercise, debrief was conducted and Standard Operating Procedures were revalidated to effectively deal with future contingencies.

The Anti-Hijack Mock Drill is conducted at every Indian airport annually as mandated by the National Civil Aviation Security Program with an aim to test the efficiency of the Airport's Contingency plan and to familiarise all agencies with their respective responsibilities in a hijack situation. 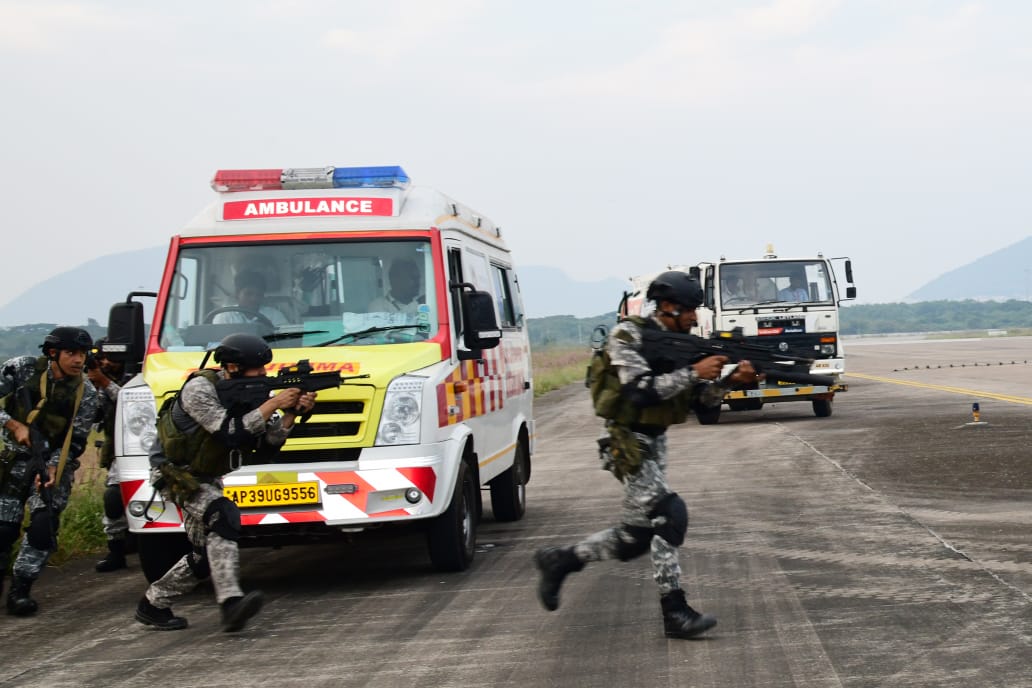 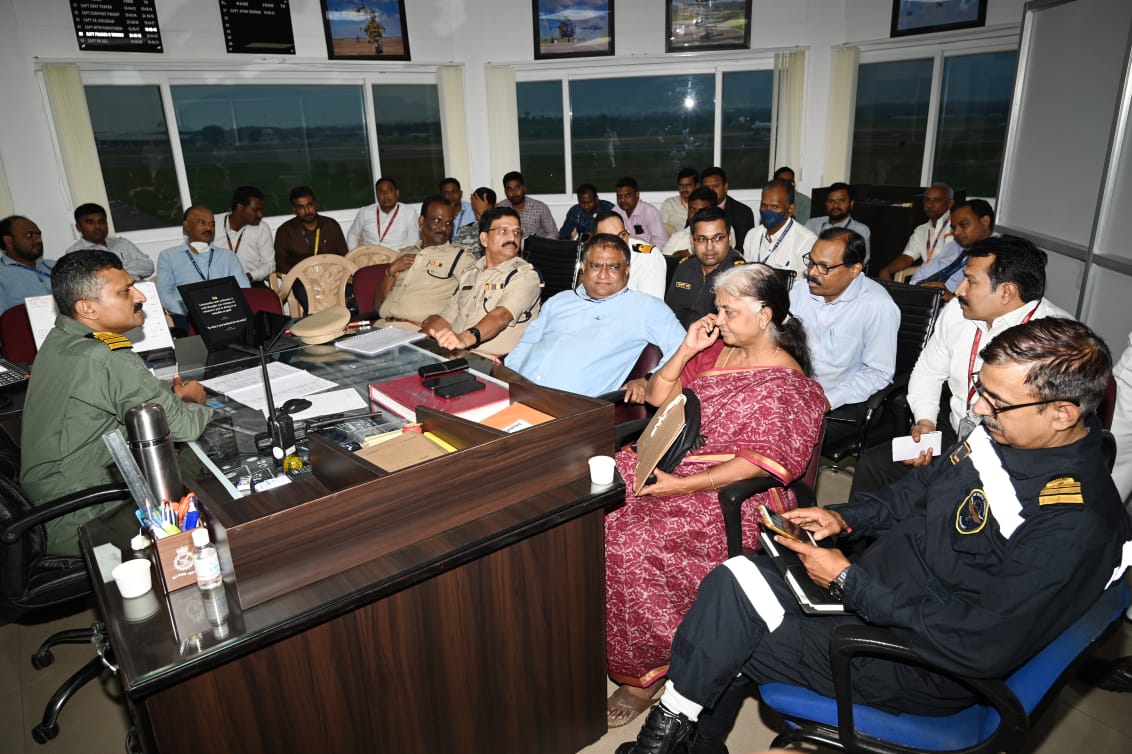 Briefing at INS during the Anti-Hijack Mock Exercise

Briefing at INS during the Anti-Hijack Mock Exercise