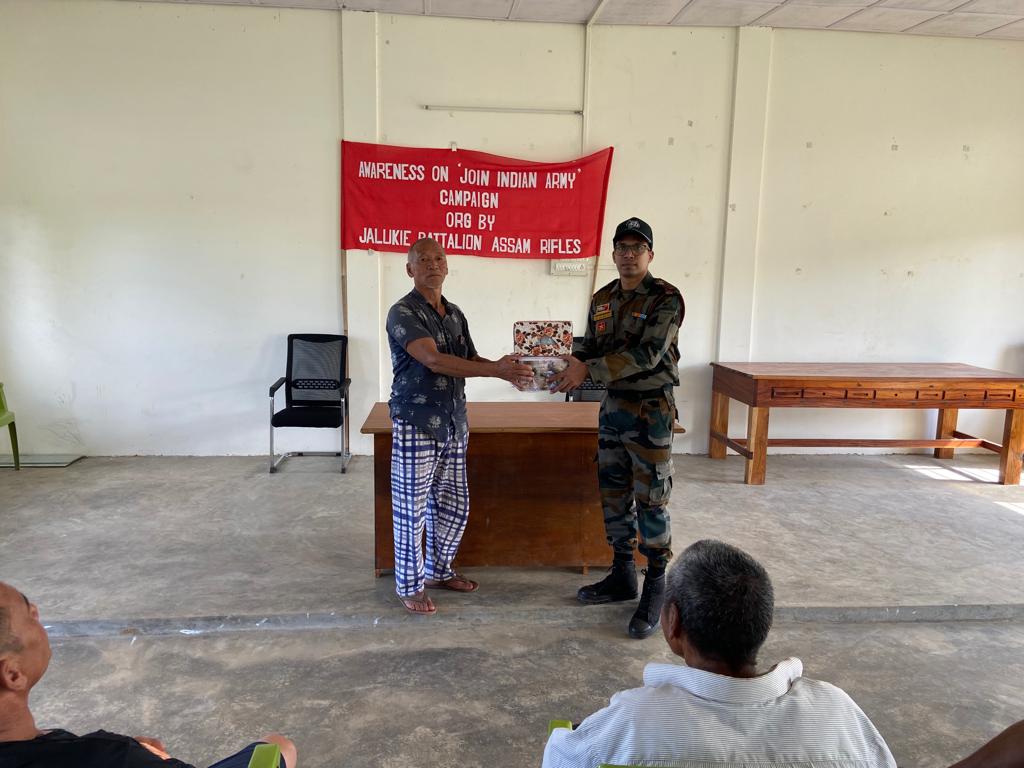 The event was organized by Jalukie Battalion with dual aim to encourage & motivate youth to join defense forces to serve the nation through various ongoing entry schemes like SSC rally and Agniveer entry scheme including Sainik School Registration which being a premier feeder institute can help young students from the village to evolve as better students and future Armed Forces Officers. During the interaction, the youth were briefed in detail on lifestyle and career prospects in the Armed Forces. The elderly and young parents were educated on how a school in their vicinity could provide the best facilities and infrastructure for their wards and children. Various sports like Volleyball and Shotput were organized at village level. Various sports equipment were also provided to the Village Council to promote sporting culture and sweets to ladies and children were distributed.

A total of 78 villagers, youth & elderly, attended the event. 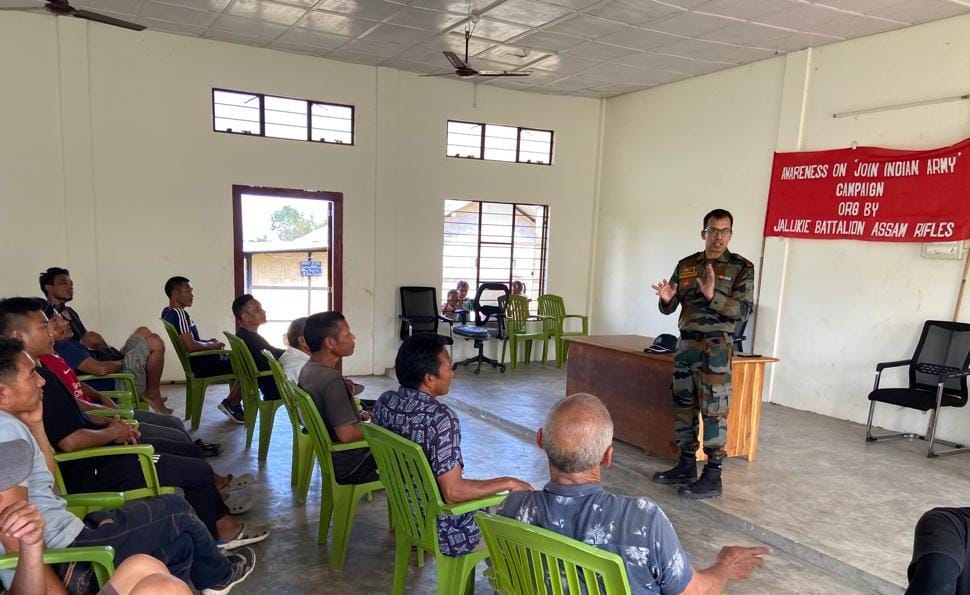