Visit of Admiral R Hari Kumar, Chief of the Naval Staff to Japan 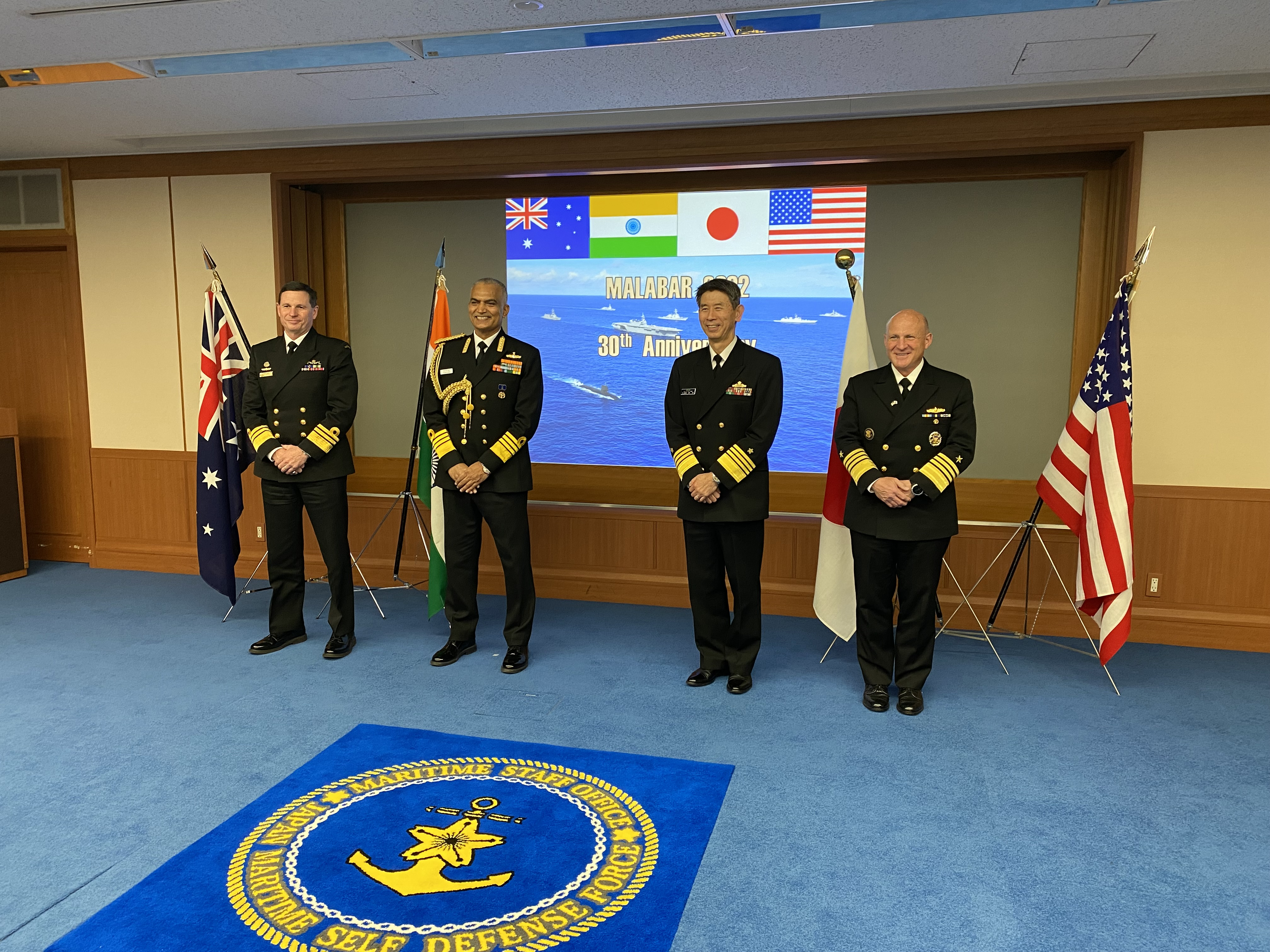 Visit of Admiral R Hari Kumar, Chief of the Naval Staff to Japan

Adm R Hari Kumar, Chief of the Naval Staff, made an official visit to Japan from 05 to 09 Nov 22.

During the visit the CNS witnessed the International Fleet Review (IFR), hosted by the Japan Maritime Self-Defense Force (JMSDF) off Yokosuka on 06 Nov 22 in commemoration of the 70th Anniversary of its formation. HE Mr Fumio Kishida, Prime Minister of Japan, was embarked on board JMSDF Ship Izumo for the Fleet Review, along with distinguished heads of delegations from participating Navies. Indian Naval Ships Shivalik and Kamorta represented the Indian Navy in the IFR. RAdm Sanjay Bhalla, the Flag Officer Commanding, Eastern Fleet was embarked on board INS Shivalik during the Fleet Review. Participation of the two indigenously built ships of the Indian Navy at the IFR aptly showcased the ship-building prowess of Indian shipyards to the international gathering and participating navies.

Following the IFR, Japan, as the current Chair of WPNS, hosted the 18th Western Pacific Naval Symposium (WPNS) at Yokohama on 07-08 November 22. Indian Navy participates in the WPNS, as Observer, since 1998. In his remarks at the WPNS, Adm R Hari Kumar stressed on primacy of a Rules Based Order and expressed commitment of the Indian Navy and that of the Indian Ocean Naval Symposium (IONS) towards promoting the idea of 'collective responsibility' for maritime security in the Indo-pacific.

To mark this special occasion, Chiefs of Navies participating in Ex- MALABAR held joint consultations to review the progress achieved through this exercise thus far and areas that could be focussed upon during future iterations, with an aim to further enhance interoperability amongst the participating navies.

The CNS interacted with the crews of participating Indian Naval Ships Shivalik and Kamorta and expressed satisfaction on the scale and complexity of this multilateral exercise. One P8I Maritime Patrol Aircraft of the Indian Navy has also been deployed to Japan separately to participate in Exercise MALABAR-2022. The sea phase of this edition of Exercise Malabar would continue until 15 November 2022.

Participation of the CNS in a series of multilateral engagements at Japan also afforded an opportunity to undertake meaningful bilateral meetings with several heads of delegations from Friendly Foreign Countries, who were present for the IFR and WPNS. Progress of ongoing defence cooperation engagements being pursued with individual countries and opportunities to enhance constructive engagements in the maritime domain were discussed during these meetings.

The visit of the CNS to Japan exhibited India’s consistent support to multilateral maritime security constructs in the Indo-Pacific and further consolidated the high level of bilateral defence engagements with Japan. 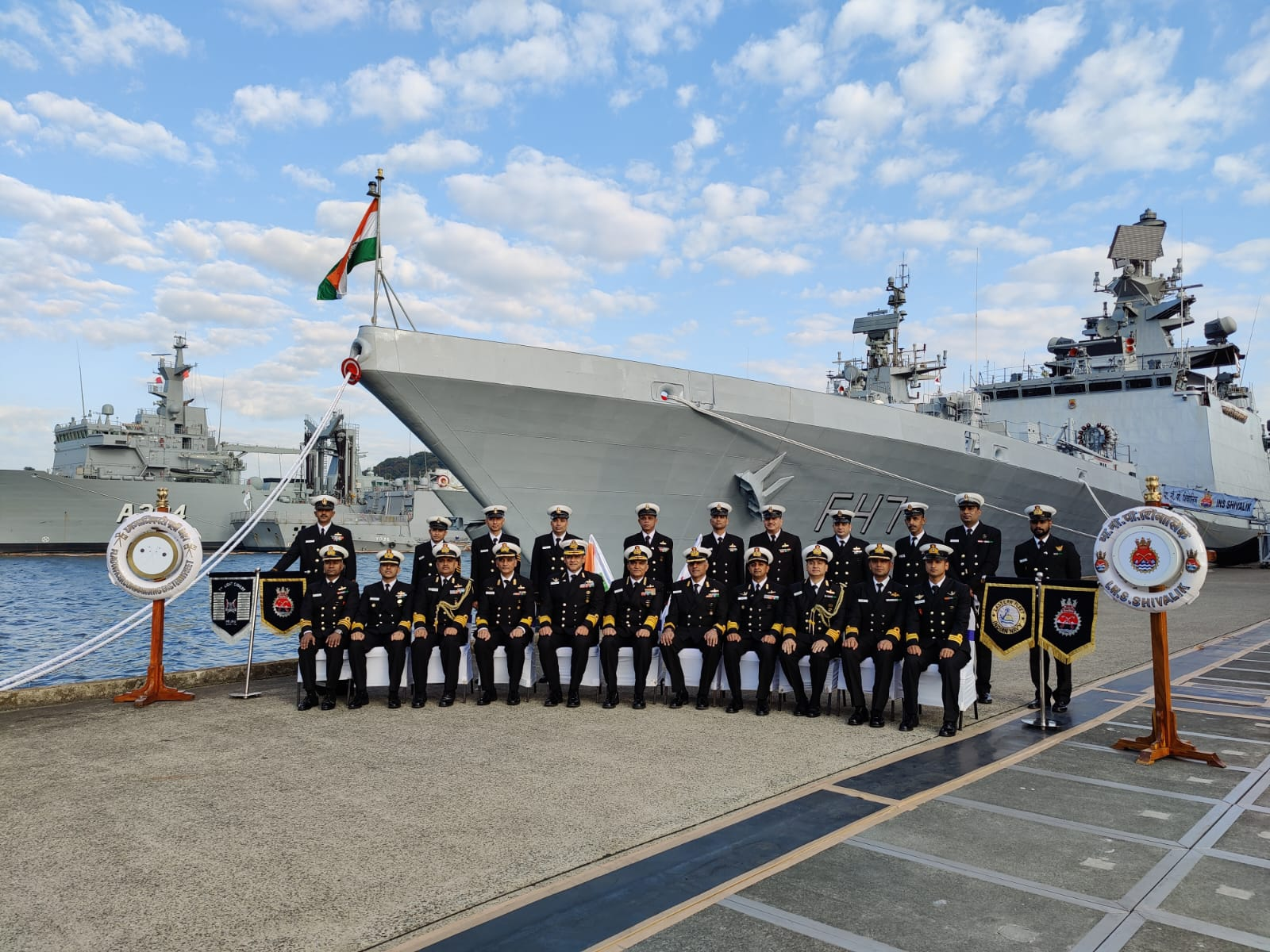