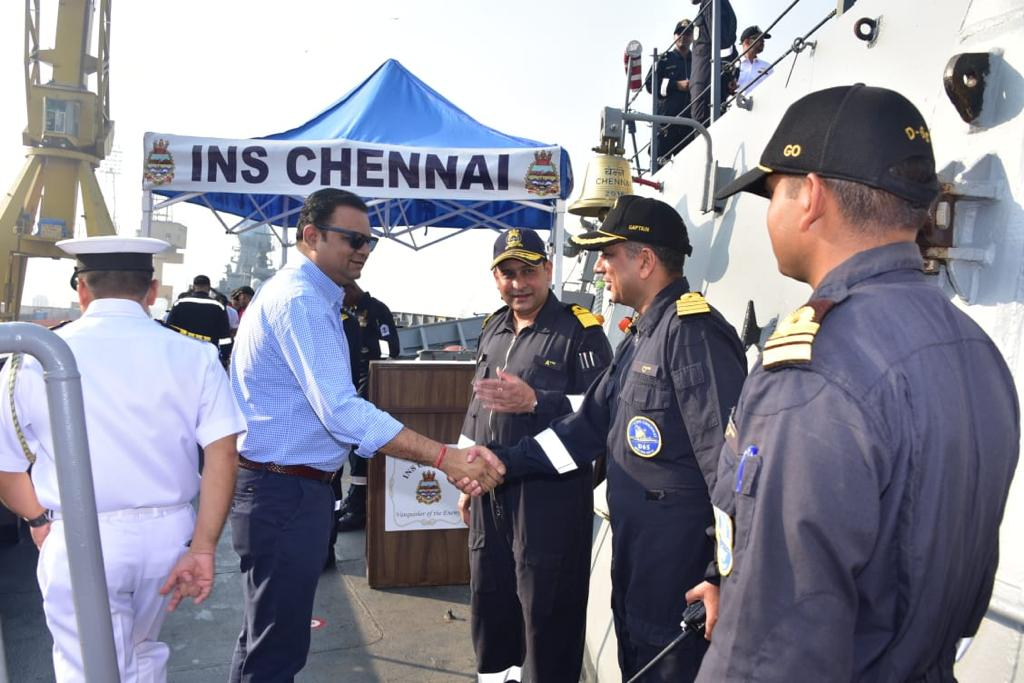 The Western Naval Command demonstrated a representation of its operational capabilities during a 'Day at Sea' organised for MPs, MLAs, MLCs and government officials of Maharashtra on 10 Nov 22 off Mumbai. The event was in line with the Hon'ble PM's vision of creating greater sea consciousness amongst all sections of the society, especially in coastal states.

Highlights of the day included exercises such as simulated attack by Fast Attack Craft, an air power demonstration, search and rescue by Chetak helicopters, sonar dunk operation by a Sea King helicopter, underway replenishment and personnel transfer at sea. To expose the dignitaries to all facets of naval operations at sea, a submarine demonstration was also conducted.

Hon'ble Speaker of Legislative Assembly, Adv. Rahul Narwekar and  Hon'ble Minister, Shri Chandrakant Dada Patil were among dignitaries that embarked ships. Senior officials of the command interacted with all visiting dignitaries and provided them an overview of operations undertaken by the Indian Navy with emphasis on threats and challenges the nation faces in the maritime domain. The Day at Sea was intended to provide legislators and government officials an understanding of the crucial role the Navy plays in national security and nation-building, and expose them to the rigours and challenges of a life at sea. 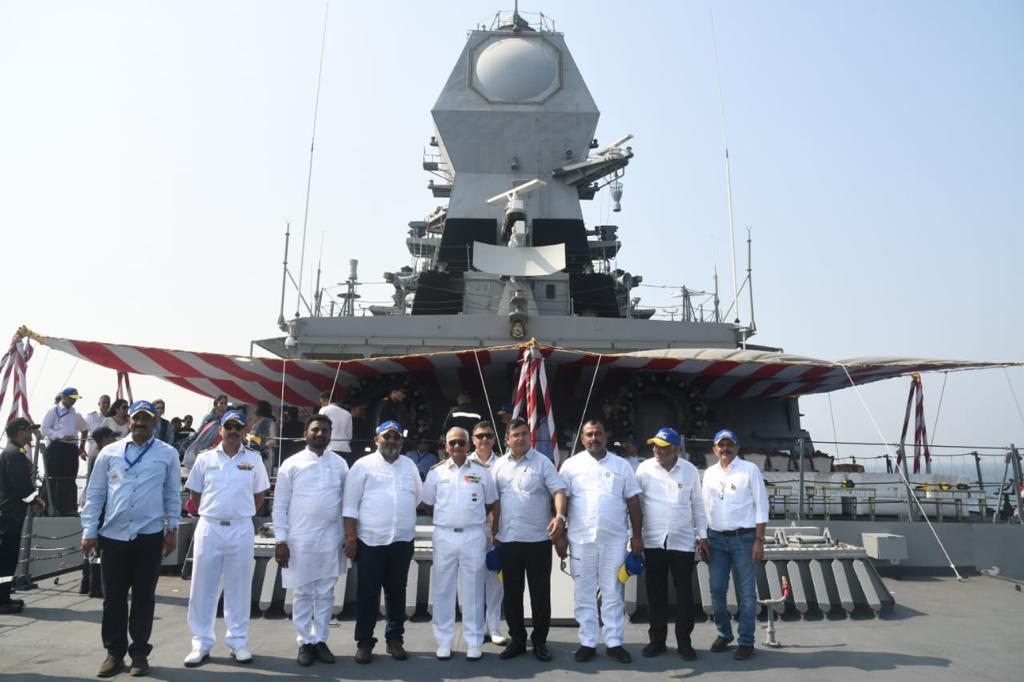