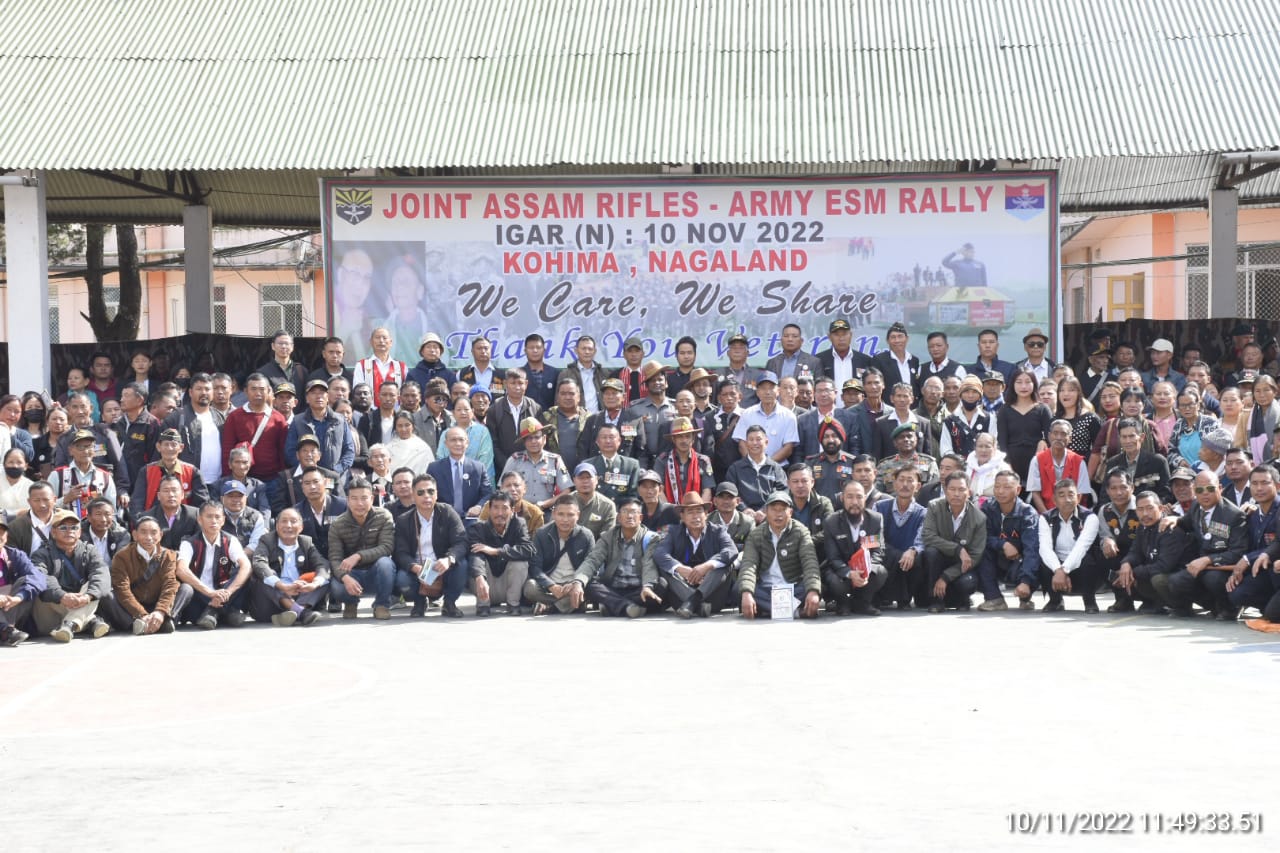 A Joint Army -Assam Rifles Veteran's Rally on the theme “WE CARE, WE SHARE” was organised at Kohima Garrison by  Assam Rifles on 10 November 2022 on. Inspector General Assam Rifles (North), Major General Vikas Lakhera, Sena Medal was the chief guest.

Addressing the gathering, Maj Gen Lakhera acknowledged the presence of the veterans and Veer Naris/ Widows who travelled long distances to attend the rally and welcomed all attendees on behalf of Lieutenant General PC Nair, AVSM, YSM, DGAR and Lieutenant General RC Tiwari, AVSM, SM, GOC, 3 Corps. He announced the theme of rally, depicting complete solidarity towards the requirements of Veterans/ Veer Naris and the Indian Army’s/ Assam Rifles consummate commitment to them.

The objective of the rally was to establish a single platform to address the grievances of ex-servicemen. Senior officers from HQ DGAR and HQ 3 Corps/ Rajya Sainik Board addressed the Veterans on matters related to pension benefits and latest policies. The event took off with release of balloons to mark the inauguration of the rally.

A cultural programme including Pipe Band display by 1 Assam Rifles Pipe Band, folk dance by 164 Naga TA team and cultural performance by veterans was pinnacle of the spectacular show.

The veterans and Veer Naris expressed immense satisfaction and appreciation for the efforts of Directorate General of Assam Rifles in organising the event and providing a single platform to project their problems/ unresolved issues. 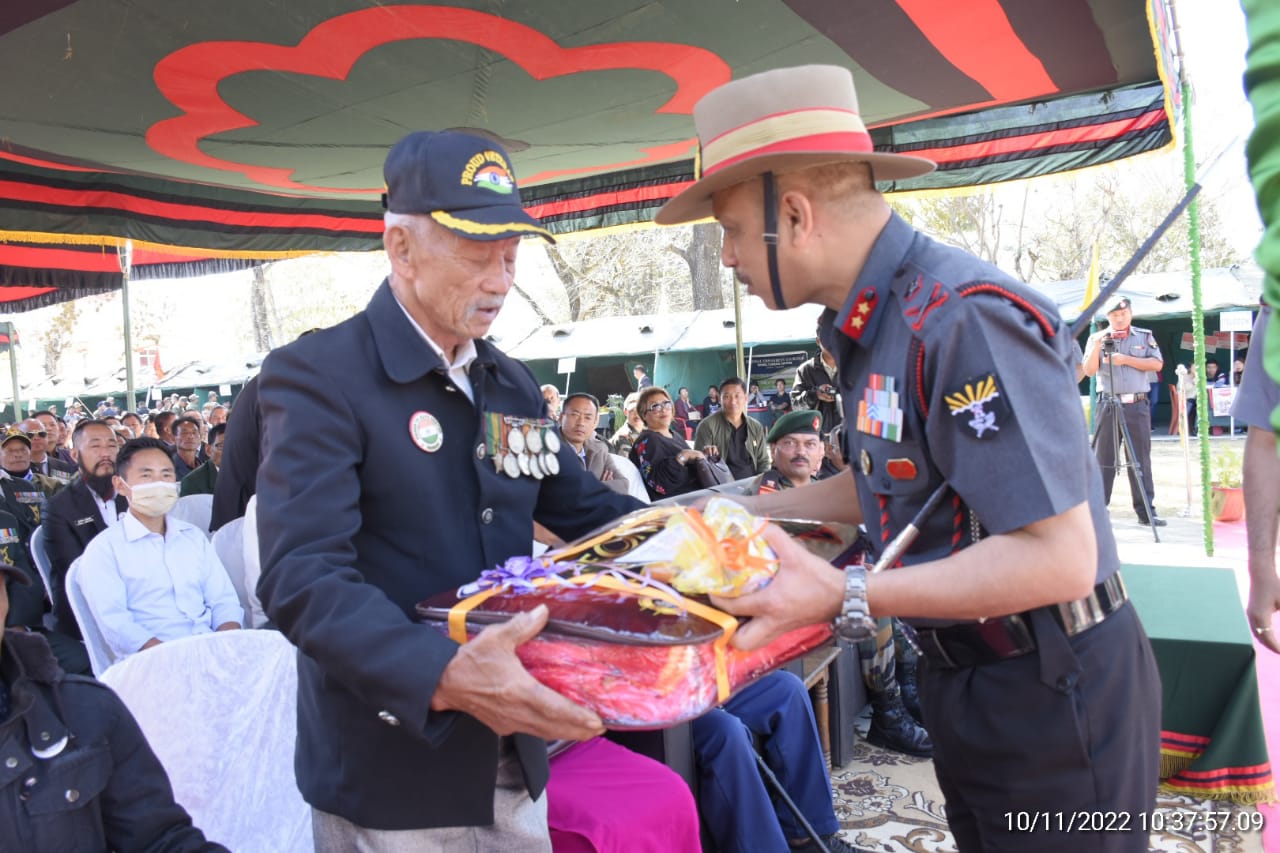