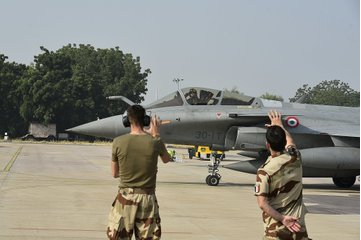 The seventh edition of the bilateral air exercise between the Indian Air Force (IAF) and the French Air and Space Force (FASF), 'Exercise Garuda-VII' concluded at Air Force Station, Jodhpur on 12 November 2022.

The FASF participated in the exercise with Rafale fighter aircraft and A-330 Multi Role Tanker Transport (MRTT) aircraft, while the IAF contingent comprised Su-30 MKI, Rafale, LCA 'Tejas' and Jaguar fighter aircraft. This fighter element was complemented by the IAF's Flight Refuelling Aircraft, AWACS and AEW&C, as well as Mi-17 helicopters and the newly inducted LCH 'Prachanda'.

Exercise Garuda-VII provided the two Air Forces with the opportunity for professional interaction and sharing of operational knowledge and experience. With meticulous planning and execution of various phases of the exercise, personnel of the IAF and the FASF were exposed to realistic air combat simulations and the associated Combat Support Operations. This enabled the participating contingents to engage in wide ranging interactions, providing valuable insight into each other's best practices. The exercise also provided a platform for cultural exchange between the Air Force personnel of both the countries. 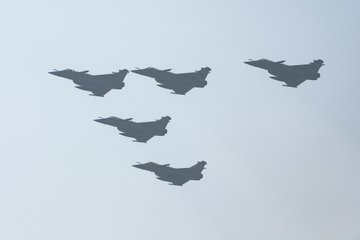