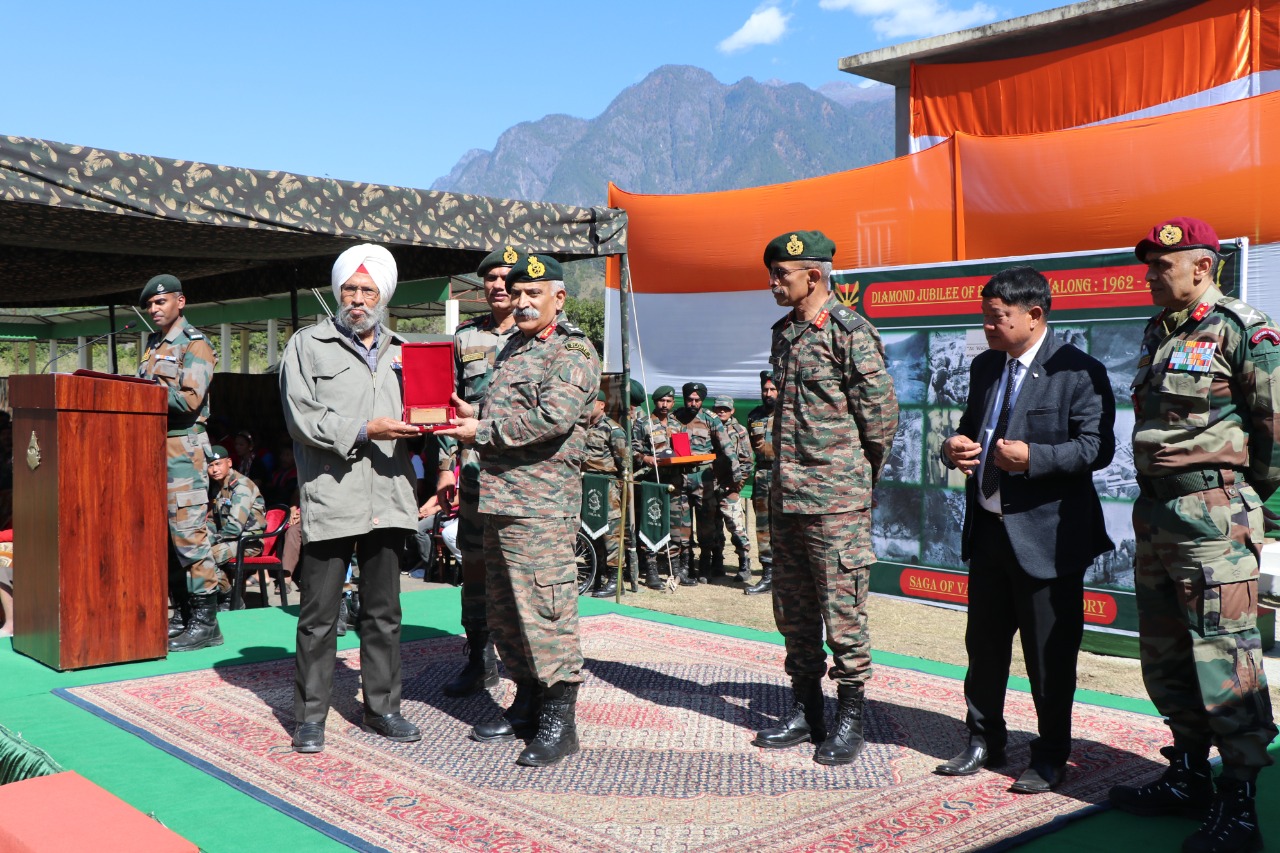 Indian Army celebrated Diamond Jubilee of the Battle of Walong, an effulgent example of unique bravery, guts & sacrifice by the Indian Army against the Chinese aggression in Eastern Arunachal Pradesh. Sixty years ago during the 1962 Sino - India war, the Indian Army gave a bloody nose to the Chinese in the Battle of Walong. The Bravehearts of Indian Army halted the advancing PLA soldiers for 27 days which forced them to sidestep its reserve division from Tawang Sector to Walong. Out numbered by the enemy, with little ammunition and no resources, our valiant soldiers fought till the last man, last round. This saga of valour and sacrifice continues to serve as a tale of inspiration for the generations to come.

The month long Diamond Jubilee Celebrations started on 17 October 2022 wherein it was inaugurated by Lt Gen RC Tiwari, AVSM, SM, GOC, Spear Corps at Walong. During the Inaugural Ceremony, the GOC paid homage at the War Memorial and honoured War Veterans and Locals who had assisted in the war effort. Equipment Display & Cultural Programmes by the local populace were also showcased during the inaugural event.

The Celebrations were aligned to the events as they unfolded in 1962 and encompassed a large number of activities in Arunachal Pradesh and Upper Assam which included historical and adventure treks, Cycle Rally from Roing to Walong, Know Your Army and Equipment Displays, Motivational Lectures and Painting Competitions at educational institutes, Commemorative Tree Plantation, Clean and Green Walong Drive, Walong Mela and Movie Festival, Khel Mahotsav, Mini Marathons and inauguration of a Light and Sound Show at Walong. In addition, a mega Motorcycle Expedition was undertaken from Tezpur to Walong which collected soil from major 1962 battlefields in Arunachal Pradesh and the same was instated at Walong War Memorial.

The iconic month long Diamond Jubilee Celebrations of Battle of Walong culminated at Walong on 16 November 2022. The closing ceremony was graced by Lt Gen RP Kalita UYSM, AVSM, SM, VSM, GOC-in-C, Eastern Command. The Army Commander laid wreath at the Walong War Memorial & paid homage to the heroes of the battle.  During the ceremony, War Veterans, their NOKs & locals who assisted in the war effort were honoured.  Representatives of units which participated in Battle of Walong were also present during the sombre function and they were felicitated. Various adventure treks, cycle rally and Motorcycle Expedition were flagged in by the Army Commander. The audience were enthralled with a gripping performance of Gatka and Kalaripayattu by our men in uniform.

Furthermore, to immortalise the saga of valour and sacrifice of our bravehearts, the lore of Battle of Walong is being showcased in premium military establishments and many civilian institutes in the country.

The event received profused participation, response & support from the local populace which is a testimony of their indestructible hope & trust in the Indian Armed Forces. 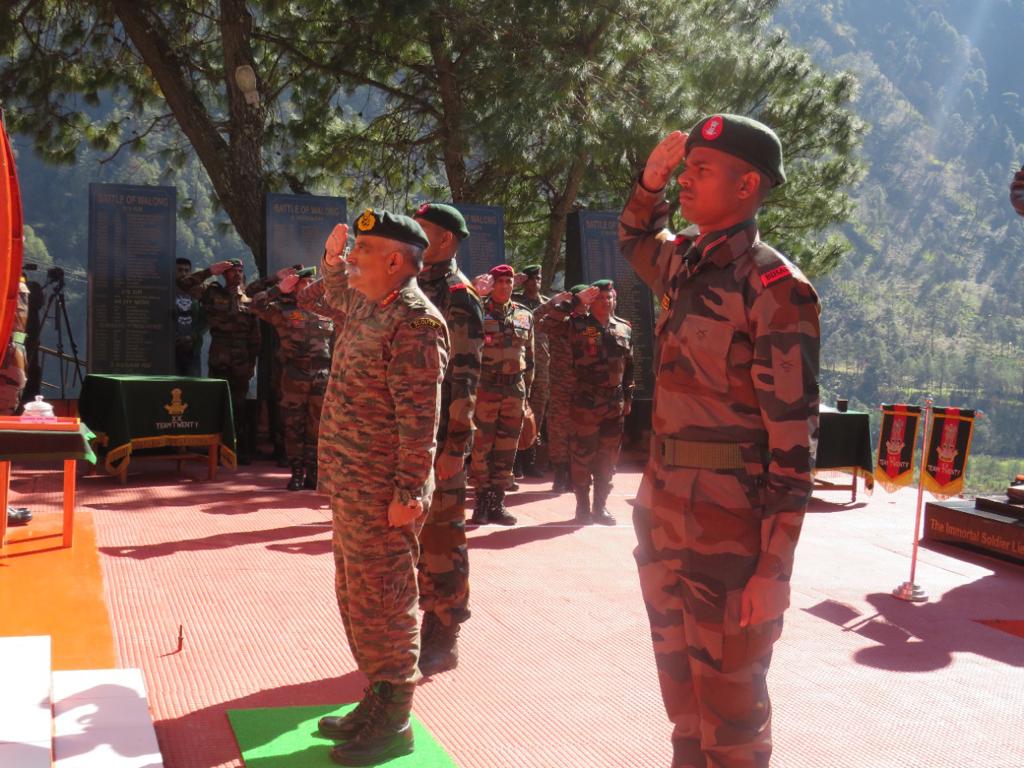