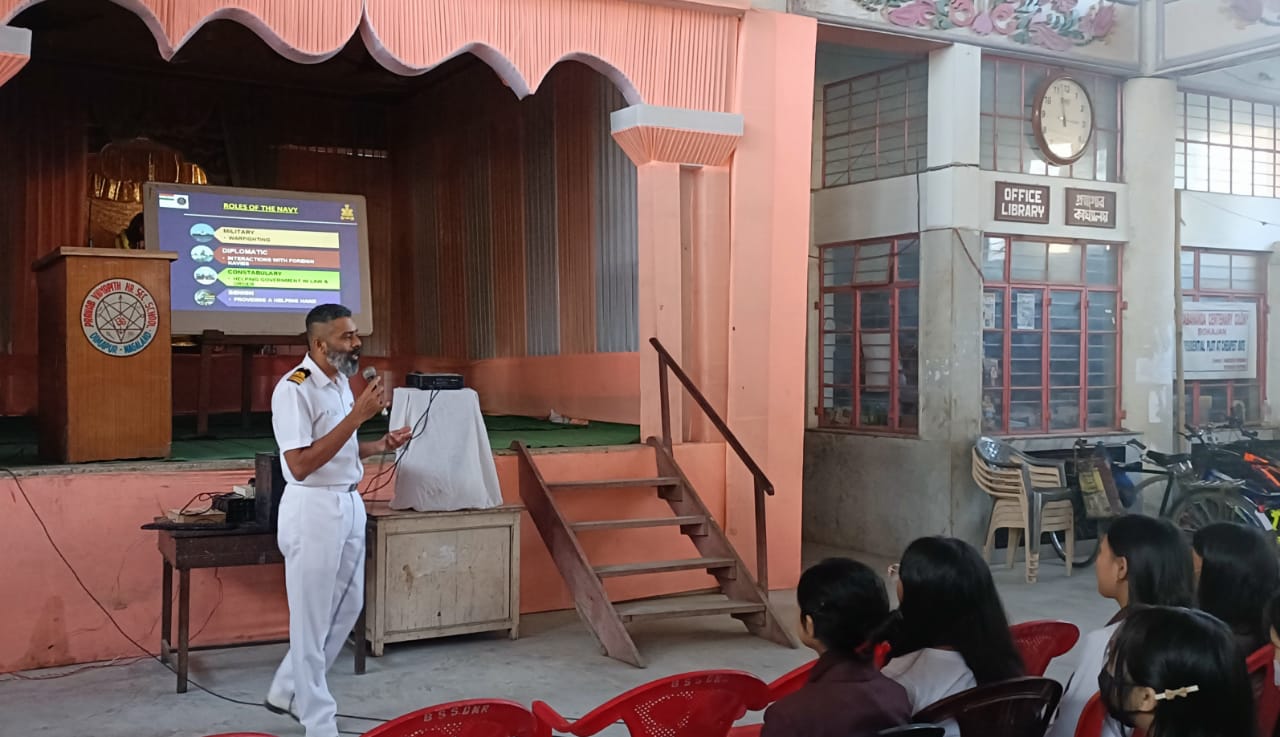 Indian Navy has planned a series of activities including medical camps, motorcycle expedition, sporting events, participation in Hornbill Festival etc towards reaching out to the civilian populace of the North Eastern states during November-December 2022. As part of the outreach programme, interaction with school children was held at Dimapur, Nagaland on 16 Nov 2022.

Motivational lectures on ‘Career in the Indian Navy’ were organised for school children in association with the State Education Department.  Commander KP Ajesh from the Directorate of Naval Education, Naval Headquarters interacted with over 750 students at GHSS Dimapur, GHSS Purana Bazar and Pranab Vidyapith HSS. The students were briefed about various career opportunities in the Navy and were motivated to join the Naval Service. A video on training at the Indian Naval Academy was also screened during the interaction. 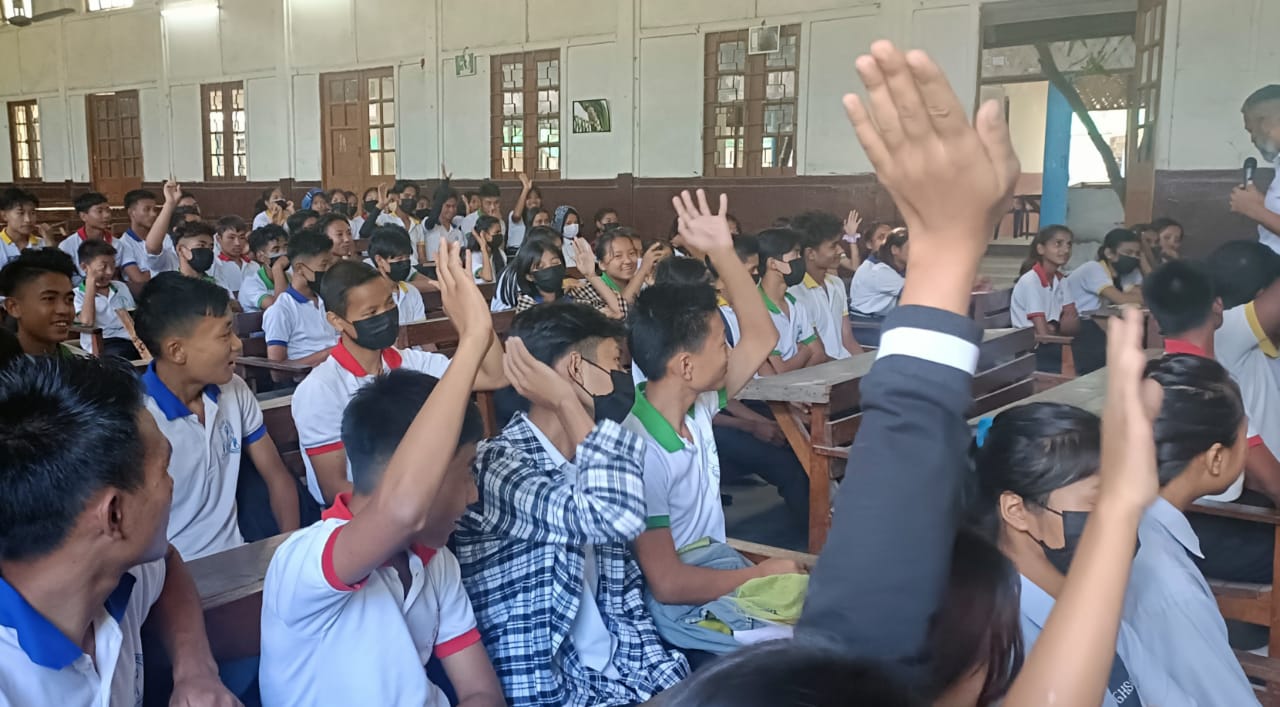