Innovate, develop new technologies & set up companies for a strong & self-reliant ‘New India’: Raksha Mantri to youth at an event in Karnataka 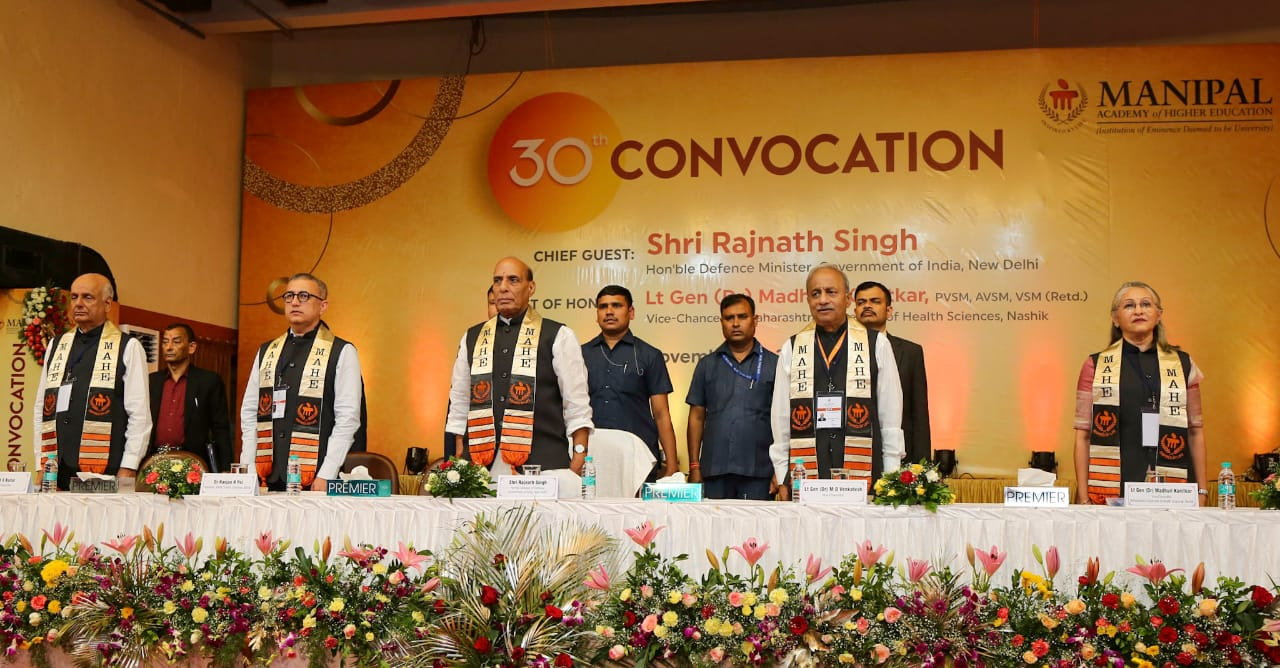 Innovate, develop new technologies & set up companies for a strong & self-reliant ‘New India’: Raksha Mantri to youth at an event in Karnataka

India does not provoke any country, nor does it spare anyone who tries to harm the unity & integrity: Shri Rajnath Singh

Raksha Mantri Shri Rajnath Singh has called upon the youth to innovate, develop new technologies and set up companies, research establishments & start-ups in the country to realise Prime Minister Shri Narendra Modi’s vision of a strong and self-reliant ‘New India’. Addressing the convocation ceremony of Manipal Academy of Higher Education (MAHE) in Udupi, Karnataka on November 18, 2022, Shri Rajnath Singh stated that the world is acknowledging the power of the country’s young ignited minds, with major companies such as Google, Microsoft, Adobe and IBM hiring Indians at respectable positions.

“If Indians can help major firms grow across the globe, why can’t we set up top companies here?” the Raksha Mantri asked around 5,000 students in attendance, urging them to introspect and bring a transformative change in the country. He credited the growing prowess of the Indian start-up ecosystem to the capabilities, talents and ignited minds of the youth. “Earlier, there was no start-up ecosystem in the country. Before 2014, there were only around 400-500 start-ups. Today, the number has crossed 70,000. Of these, over 100 have become unicorns,” he said.

Shri Rajnath Singh exhorted the students to focus on gaining wisdom more than just acquiring knowledge from books. “Obtaining knowledge from books isn’t enough. Wisdom ensures optimum use of that knowledge, which is crucial to take the country to greater heights. It frees from limitations such as incapacity, poverty, unemployment and backwardness. It widens the scope of thinking and sensibilities. It helps a person rise above selfish interests and work for social, national and global welfare,” he said.

The Raksha Mantri also urged the students to get acquainted with the rich cultural traditions of the country and strive to restore its glorious past. “India was a pioneer in many fields such as science, economics, history, political science and public administration. It slowly lost its glory due to foreign invasions. We must restore our past glory, for which economic progress is central,” he said.

Describing the present era as knowledge-intensive and constantly-evolving, Shri Rajnath Singh called for upgrading the quality and quantity of human capital, pivotal for the development of a country. Technological capabilities and innovative flair of the citizens is the most decisive factor in taking a nation forward, he said, stressing that the Government is providing proper educational and employment opportunities to the youth.

On the National Education Policy 2020, the Raksha Mantri stated that the objective is to shape the young generation as global citizens through traditional and modern knowledge. “Youth is our most valuable asset and engine of growth. Our youth army will play an important role in achieving the target of $5 trillion economy by 2025. According to a report by US banking group Morgan Stanley, India is set to become the world’s third-largest economy in the next 5-6 years. This emerging power of India has been termed as ‘once-in-a-generation shift’. This is just the beginning. I am confident that India will become the largest economy by 2047,” he said.

Shedding more light on India’s transformed global image under the visionary leadership of Prime Minister Shri Narendra Modi, Shri Rajnath Singh stated that New Delhi is now listened to with attention and seriousness on international platforms. “India has led the world on issues like terrorism and has been successful in garnering support to root out the menace. The countries, which use terrorism as a tool, are now well aware of India’s capabilities. India does not provoke any country, nor does it spare anyone who tries to harm its unity and integrity,” he said.

The Raksha Mantri lauded Manipal Group of Educational Institutions for their contribution to education and research. He congratulated the graduating students, encouraging them to move forward despite hurdles to create a better future. He extended special congratulations to the girl students, exuding confidence that they will be the pillars of a strong and prosperous ‘New India’. 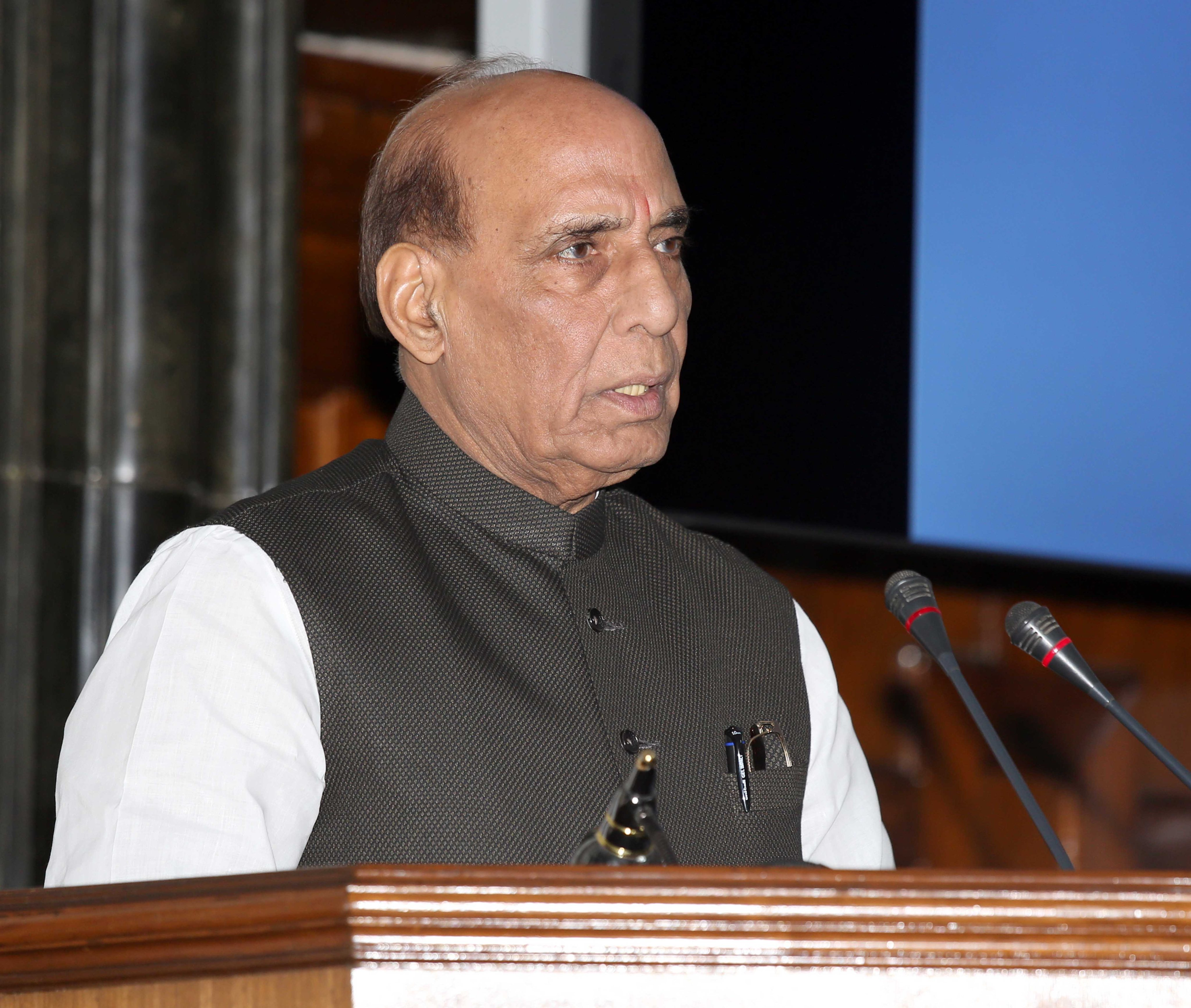 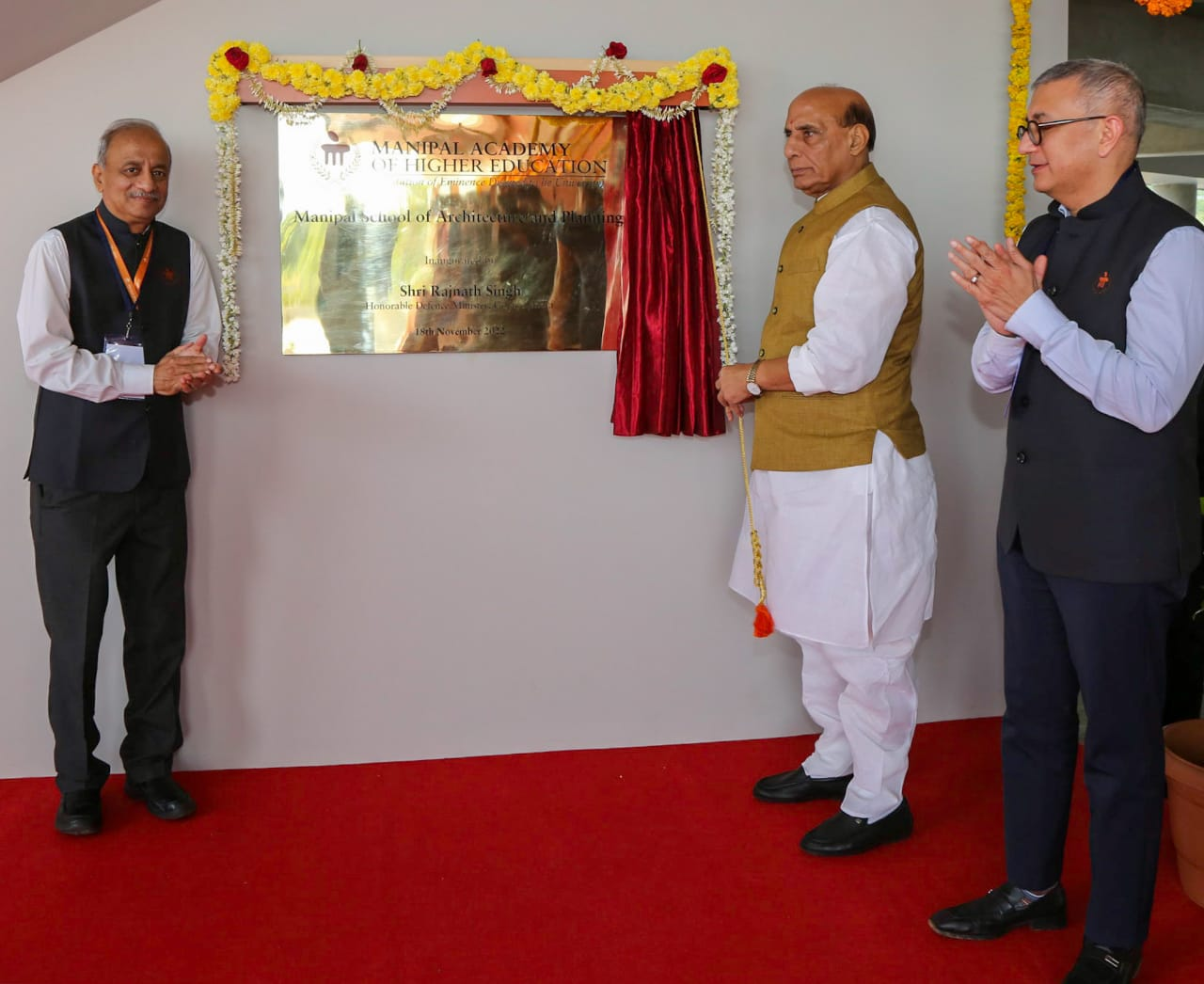 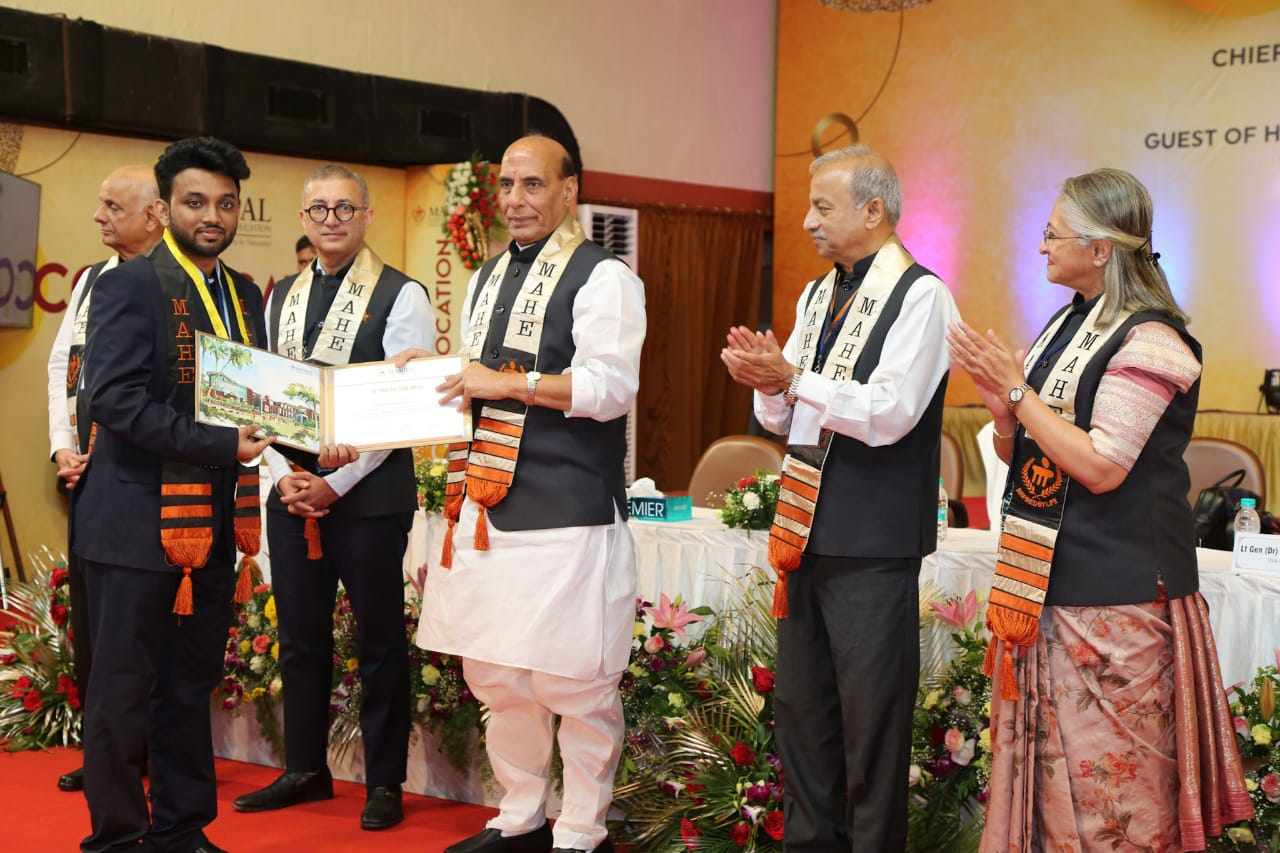