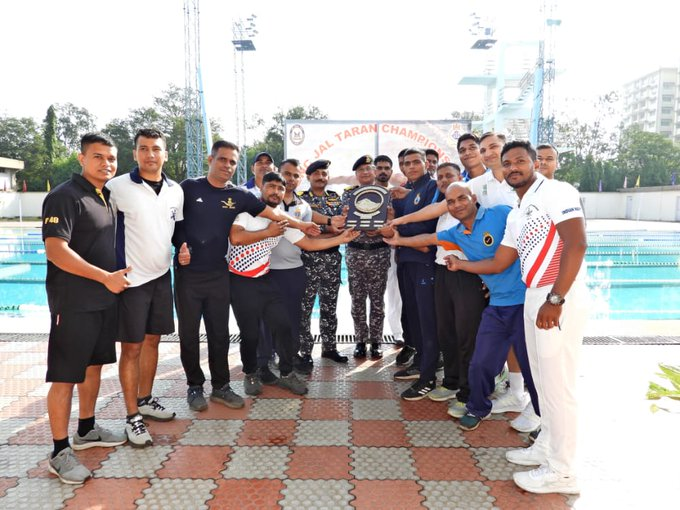 Jal Taran Championship 2022 was conducted by INS Circars under the aegis of Headquarters, Eastern Naval Command on 18 Nov 22. The event was organized to encourage mass participation of Naval personnel in water sports and inculcate the spirit of sportsmanship, camaraderie, and competition. Vice Adm Biswajit Dasgupta, Flag Officer Commanding-in-Chief, Eastern Naval Command was the Chief Guest for the occasion. Team Ashore and Team Fleet A were declared winners and runners up respectively.

Jal Taran is one of the most keenly contested events in the Command and was fiercely competed among six teams namely Local Ashore, Fleet A, Fleet B, Submarines, Local Flotilla and Dega. 360 participants of various age groups took part in the event. The event comprised of three races. A relay race with each team fielding 60 participants from different age groups,  a 50 Mtr freestyle race for the above 50 age group and an open 100 Mtr freestyle swimming race.