“India & ASEAN must work together for maritime security in the region”

The maiden India-ASEAN Defence Ministers’ Meeting was held today at Siem Reap, Cambodia to commemorate the 30th Anniversary of India-ASEAN relations in 2022, which has also been designated as ‘ASEAN-India Friendship Year’. The meeting was co-chaired by Raksha Mantri Shri Rajnath Singh and Deputy Prime Minister and Minister of National Defence of Cambodia General Tea Banh. It preceded the 9th ASEAN-Defence Ministers Meeting’ (ADMM) Plus scheduled to take place tomorrow.

The Raksha Mantri, in his address, highlighted the historic and robust ties that India shares with ASEAN countries. India-ASEAN relationship was elevated recently to Comprehensive Strategic Partnership during the ASEAN-India Summit held in Cambodia on November 12, 2022.

Shri Rajnath Singh emphasised that the centrality of ASEAN in the Indo- Pacific region is the cornerstone of India’s Act East Policy. During this maiden India-ASEAN Defence Ministers meeting, Shri Singh proposed two major initiatives for further expanding the scope and the depth of the India-ASEAN defence relations. One of the initiatives proposed by Raksha Mantri was the ‘India-ASEAN Initiative for Women in UN Peace Keeping Operations’ which includes conduct of tailor-made courses for women peacekeepers of ASEAN Member States at the Centre for United Nations Peacekeeping in India and conduct of a ‘Table Top Exercise’ in India for women officers from ASEAN incorporating facets of UN peacekeeping challenges. The Raksha Mantri underlined the importance of women officers in peacekeeping missions for ensuring lasting peace.

The second initiative announced by Shri Rajnath Singh was ‘India-ASEAN Initiative on Marine Plastic Pollution’ which includes channelising of the energy of the youth towards addressing the critical issue of marine pollution. Shri Rajnath Singh informed the ASEAN members of the significant work done by the NCC in the cleaning of Indian beaches and raising awareness about plastic pollution in the Indian coastal community. He suggested coordination between the NCC and the equivalent youth organisations of ASEAN countries for a collective effort in this direction in the region. He also proposed establishment of an India-ASEAN Marine Pollution Response Centre at Chennai by the Indian Coast Guard to address and supplement regional efforts to deal with marine pollution incidents.

Both the initiatives were very warmly received by the ASEAN defence leadership who unanimously and strongly endorsed its practicality and relevance. The ASEAN defence ministers also acknowledged the positive role played by India in the region.

The Raksha Mantri also conveyed India’s continued advocacy for a free, open, inclusive and rules-based Indo-Pacific while also suggesting the need for India and ASEAN to work together for maritime security in the region. He expressed satisfaction towards ASEAN’s support for the first India-ASEAN maritime exercise planned to be conducted in May next year. In conclusion, the forum recognised the importance of the India-ASEAN ties for ensuring peace and stability in the region. 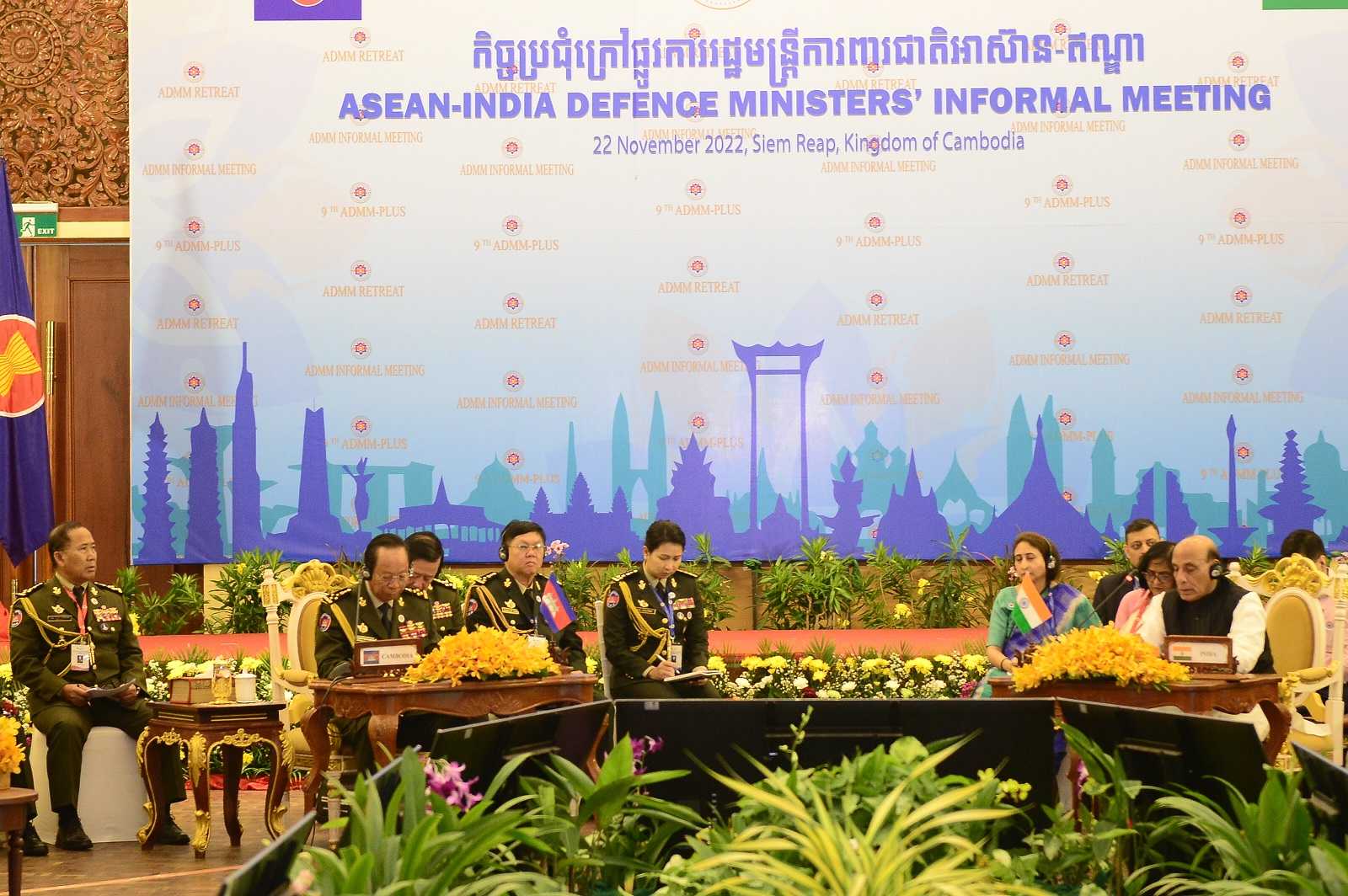