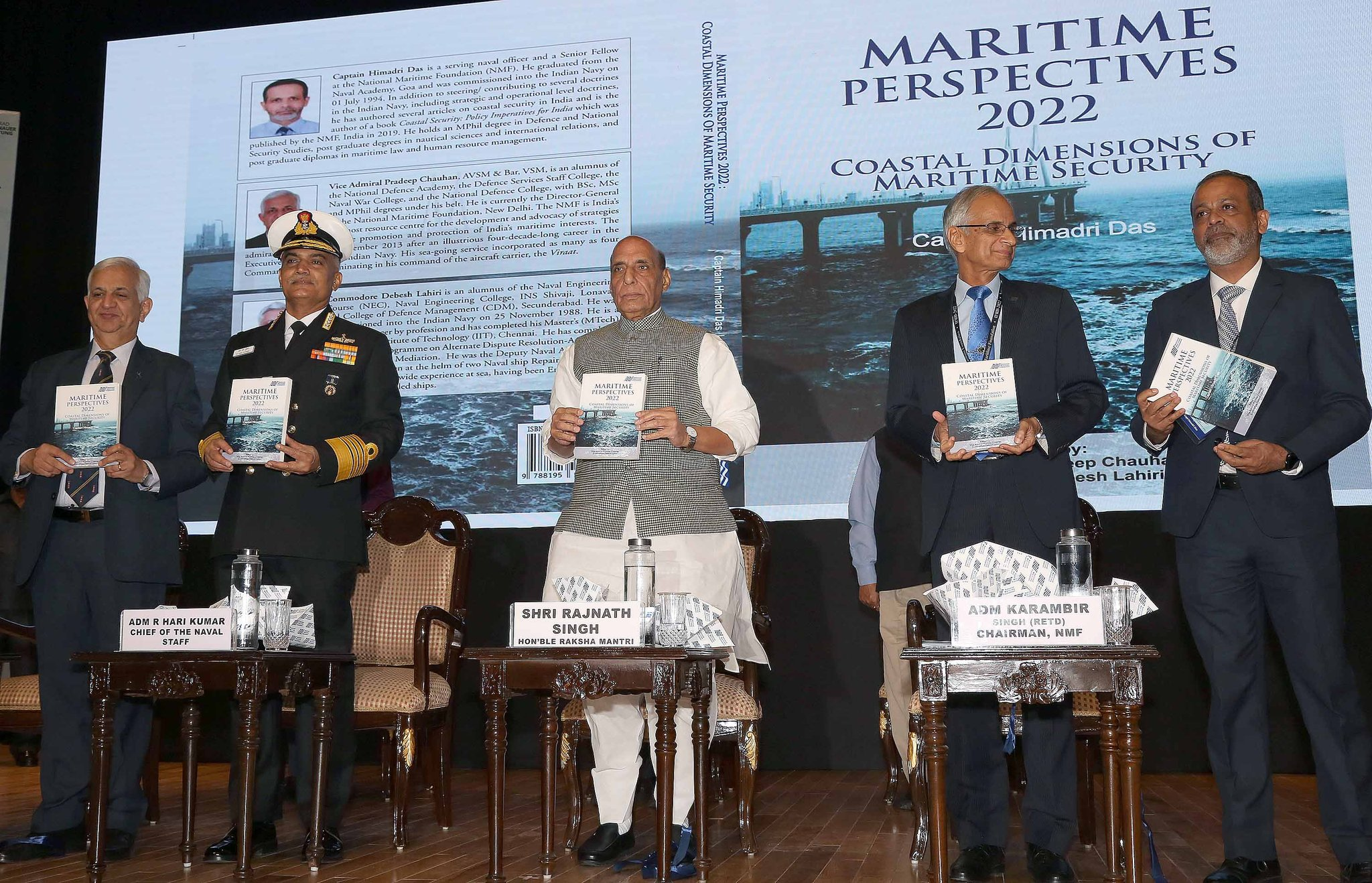 India does not believe in a world order where few are considered superior to others, multi-aligned policy only way to shared prosperity: RM

India stands for a free, open and rules-based Indo-Pacific as it is important for the economic development of not only the region but also the wider global community. This was stated by Raksha Mantri Shri Rajnath Singh during his keynote address at the Indo-Pacific Regional Dialogue (IPRD) in New Delhi on November 25, 2022. Shri Rajnath Singh highlighted India’s vision of the Indo-Pacific by quoting Prime Minister Shri Narendra Modi’s statement during Shangri-La Dialogue in Singapore in June 2018.

“The Prime Minister had said that India stands for a free, open and inclusive Indo-Pacific region, which embraces us all in a common pursuit of progress and prosperity. He put forth our idea of ASEAN centrality in the region and said that our common prosperity and security require us to evolve, through dialogue, a common rules-based order,” the Raksha Mantri said.

Shri Rajnath Singh emphasised that dialogue is the only civilised mechanism for resolving disputes & disagreements and creating regional or global order. He cited the Prime Minister’s resolute message during the G-20 summit in Bali recently that “the era of war is over”. It was echoed by the world leaders, with the G-20 communique mentioning that ‘now is not the time for war’. “In the times when humanity is facing problems like climate change, Covid-19 pandemic & widespread deprivation, it is essential that we all work together to surmount these mammoth challenges, without being distracted by the destructive seduction of wars and conflicts,” he said.

The Raksha Mantri described enhancing trade and connectivity, capacity building and infrastructural initiatives as time-tested ways of working together, which can act as bridges of friendship and ensure mutual benefit. He stressed the need to leverage them collectively for the common good.

Shri Rajnath Singh reiterated that it has always been India’s endeavour to work with its partners in constructive engagements in the Indo-Pacific region. He shed light on the ‘Indo-Pacific Ocean Initiative’ launched during the East Asia Summit held in Bangkok, Thailand in November 2019. He said, regional cooperation and participation are important pillars of this initiative, which outlines a regional cooperative structure, focusing on the vision of SAGAR i.e., Security and Growth for All in the Region.

The Raksha Mantri also touched upon the initiatives he announced during the India-ASEAN Defence Ministers’ Meeting held in Cambodia earlier this week. “We have proposed the ASEAN-India Initiative for women in UN Peace Keeping Operations which would contribute towards effective conflict resolution and lasting peace through a more humane approach. We have also proposed ASEAN-India Initiative on Marine Plastic Pollution Response towards improving the marine ecosystem,” he said, impressing upon the need to work towards collective security and common prosperity.

Shri Rajnath Singh termed it as a moral responsibility to strive towards building a secure and just world. “In India, our philosophers and visionaries have always dreamt of a human community, transcending political borders. We have always seen security and prosperity as a collective pursuit of entire humankind, in which there is no possibility of island security or prosperity,” he said.

The Raksha Mantri exhorted the international community to consider security as a truly collective enterprise in order to create a global order which is beneficial to all. “National security should not be considered as a zero-sum game. We should strive to create a win-win situation for all. We should be guided by enlightened self-interest which is sustainable and resilient to shocks. Strong and prosperous India would not be built at the cost of others, rather, we are here to help other nations realise their full potential,” he said. The Raksha Mantri added that the global community has been working through multiple platforms and agencies, the foremost among them being UN Security Council, but now there is a need to elevate the paradigm of collective security to a level of shared interests and security for all.

Shri Rajnath Singh reiterated India’s belief in a multi-aligned policy realised through diverse engagements with multiple stakeholders, stressing that addressing the concerns of all is the only way which can lead to shared responsibility and prosperity. Emphasising that the conduct of strategic policy should be moral, he asserted that India does not believe in a world order where few are considered superior to others.

The Raksha Mantri highlighted that India’s actions are guided by the very essence of human equality and dignity, which is a part of its ancient ethos and strong moral foundations. “Realpolitik cannot be the fig leaf for being immoral or amoral. Rather, enlightened self-interest of nations can be promoted within the framework of strategic morality, which is predicated on the understanding and respect for the legitimate strategic imperative of all the civilised nations. It is for this reason that when we partner any nation, it is on the basis of sovereign equality and mutual respect. Forging relations comes naturally to India as we work towards mutual economic development. It is thus apt that we all explore solutions to the problems such as terrorism & climate change that transcend national boundaries,” he added.

In this special session on the culminating day of the three-day IPRD, which was aptly termed as the ‘Margdarshan’ session, Chief of the Naval Staff Admiral R Hari Kumar spoke about the threats and challenges to India’s holistic maritime security and reaffirmed Indian Navy’s committed resolve in preserving the nation’s maritime interests. He added that India is well positioned to be in the vanguard of the several providers of net security within the Indo-Pacific and is increasingly being viewed as the preferred security-partner, especially in the western segment of the region, namely the Indian Ocean. The Admiral reiterated the Navy’s commitment towards achieving ‘Aatmanirbharta’ in the defence sector.

The IPRD is an annual apex-level international outreach of the Indian Navy that seeks to foster exchange of ideas and promote deliberations on maritime issues relevant to the Indo-Pacific which, for India, stretches over a vast, predominantly maritime expanse from the eastern shore of Africa to the western shore of the Americas.

The event was organised by NMF, New Delhi as the Indian Navy’s knowledge partner. The IPRD witnessed active participation from senior officials from the Indian Armed Forces, Ministry of Shipping, Ministry of Environment, Forest and Climate Change, senior representatives from Indian industry, diplomatic representatives from missions in India, academia, eminent scholars and experts from abroad. In addition, about 2,000 uniformed personnel and veterans, eminent citizens and students from renowned universities in Delhi-NCR attended the event over the three days. 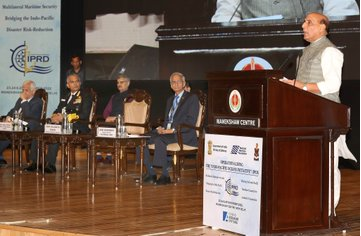 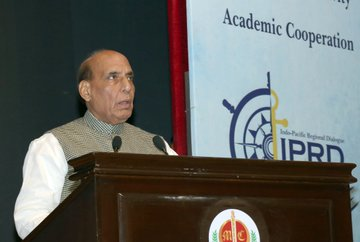