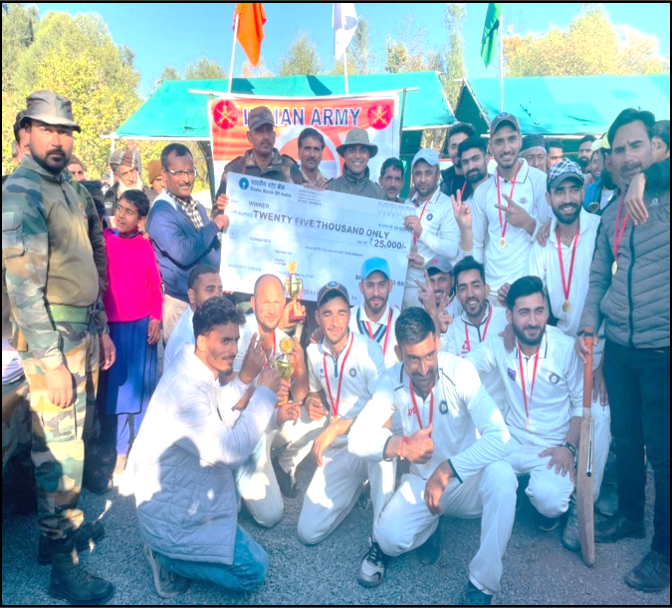 The closing ceremony to mark the culmination of Fifteen-day long Cricket tournament organised by Indian Army for the youth of Ramban district was held at NHPC cricket ground in Tangar village today. Total 24 teams from remote parts of Ramban district participated in the event with full zeal and enthusiasm. The league matches were played on Round-Robin basis. In closely contested Final match, Sumber Cricket Club team emerged victorious while Famrote Warriors team secured Second position. The winner and runner-up teams were awarded with cash prize of 25000 and 15000 respectively. Besides cash prize, medallions, Certificates and mementos were also offered to other categories like Man of the Series, Best fielder, Most Sixes, Fair play award among other awards. The main motive of this cricket tournament was to encourage the youth to take up sports as a career and also, to keep the youth away from drugs and infuse qualities like team-spirit and bonhomie among them. This initiative was an extension of central government Flagship program of ‘Fit India Young India’ movement wherein the aim of the event was to promote sports activities in the region, nurture the sporting talent at grass root level and provide a platform to the youth to showcase their talent. The event crept a wave of excitement throughout the region with locals supporting their respective teams with chants and sparks of energy filled in the environment. The participants, locals and the officials of civil administration lauded the efforts of Indian Army for organising such an event exclusively for the youth of the region. Such events organised by the Indian Army go a long way to prepare the youth of the UT to contribute positively towards nation building. 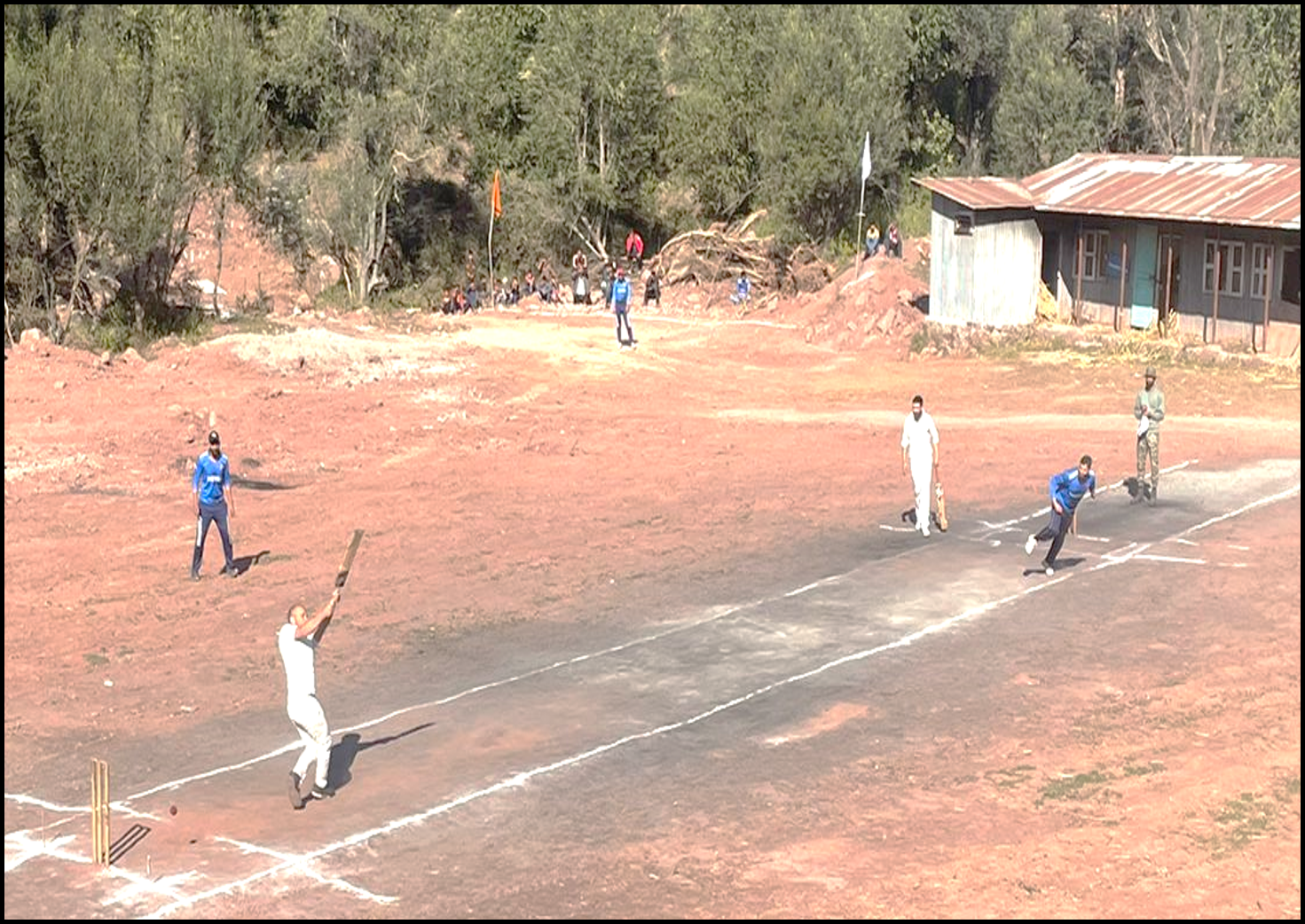