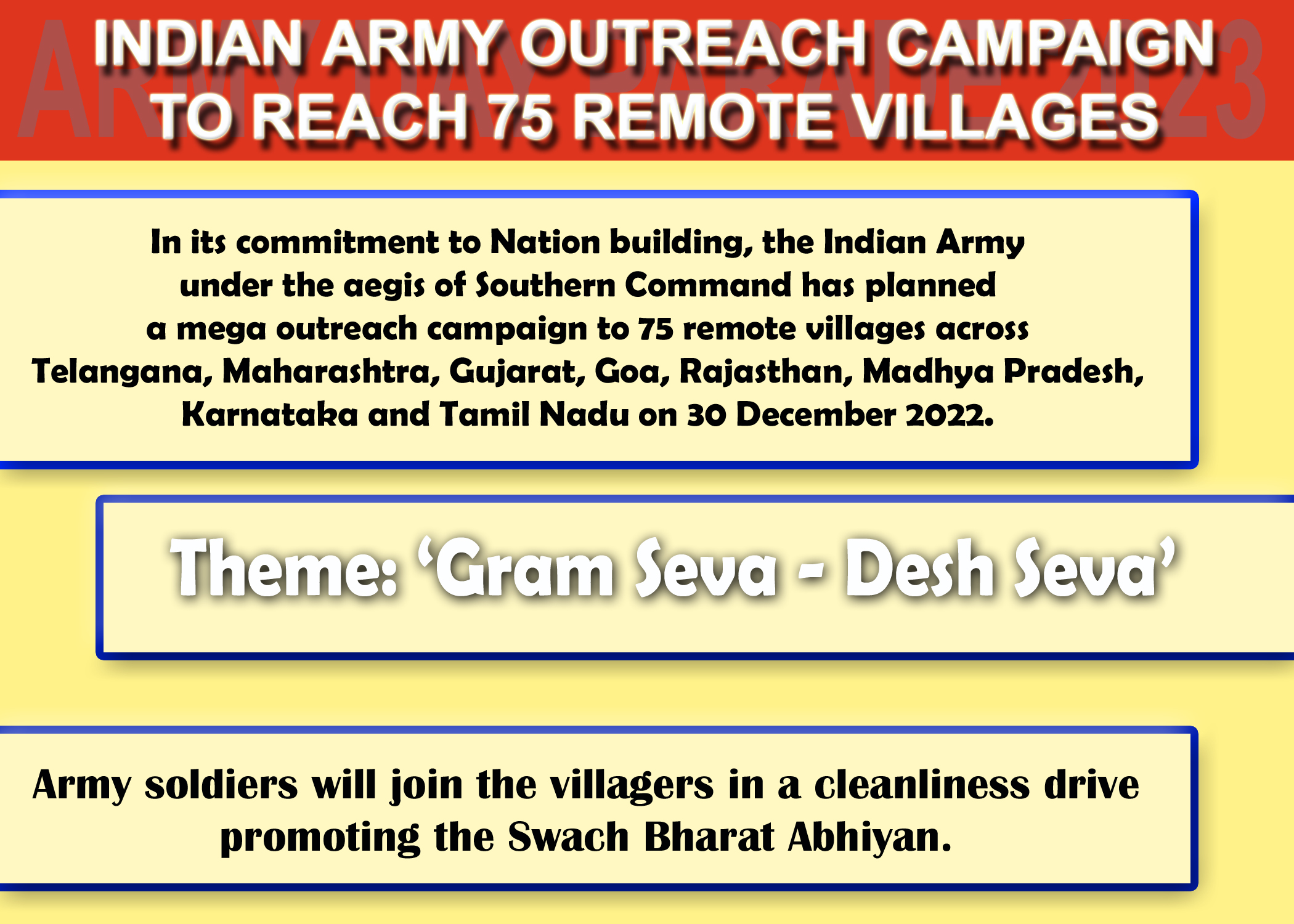 In its commitment to Nation building, the Indian Army under the aegis of Southern Command has planned a mega outreach campaign to 75 remote villages across Telangana, Maharashtra, Gujarat, Goa, Rajasthan, Madhya Pradesh, Karnataka and Tamil Nadu on 30 December 2022. This initiative is the third of a series of events planned in the run-up to the 75th Army Day Parade which will be organised in Bengaluru on 15 January 2023.

Being organised under the theme of ‘Gram Seva - Desh Seva’, Indian Army personnel will visit 75 remote villages to organise awareness drives on the newly instituted Agnipath scheme. In addition, Army soldiers will join the villagers in a cleanliness drive promoting the Swach Bharat Abhiyan. Indian Army soldiers will endeavour to create sports facilities for Volleyball / Kho Kho / Kabaddi and undertake friendly matches with the youth and students in the area. Facilitation of Veer Naris from that area will also be undertaken and efforts made to ameliorate their grievances. Army personnel also plan to share a meal with the locals and spread the message of oneness and sense of belonging towards the Nation.

As part of the larger responsibilities towards the Nation, the Indian Army remains committed to the well-being, development and progression of its villages. This outreach programme shall go a long way in connecting with people from the rural areas and a small step in enhancing the quality of life of villagers and spread a smile on their faces.

The Indian Army under the aegis of Southern Command planned a mega outreach campaign to 75 remote villages.

The Indian Army under the aegis of Southern Command planned a mega outreach campaign to 75 remote villages.