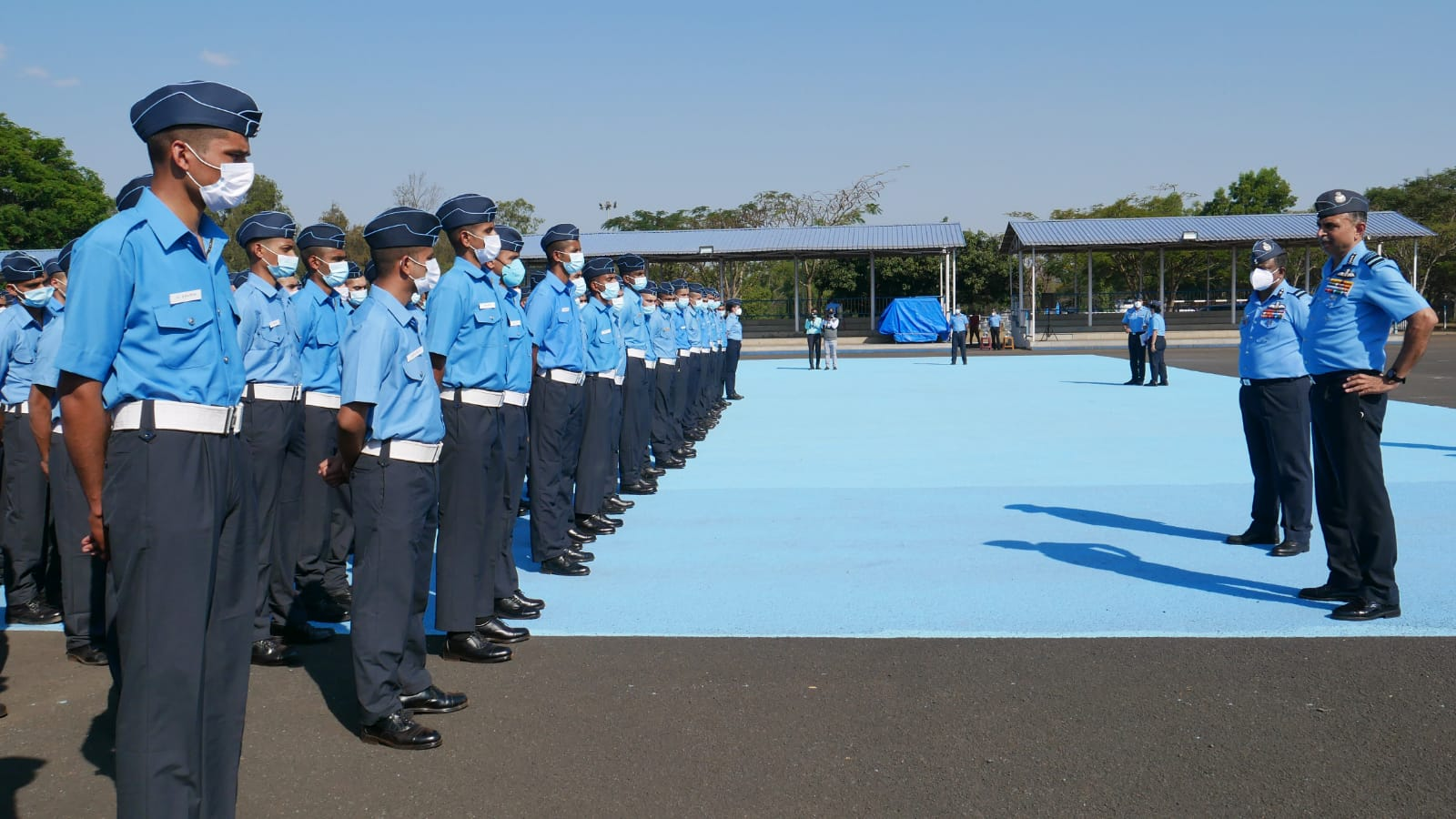 The 22 weeks training of first intake of 'Agniveervayu' commenced at Airmen Training School (ATS) Belagavi from today. To mark the historic day, Air Marshal Manavendra Singh PVSM, AVSM, VrC, VSM, ADC, Air Officer Commanding-in-Chief, Training Command visited ATS Belagavi and addressed the newly recruited batch of Agniveervayu.
During his address the AOC-n-C highlighted the salient features of the path breaking ‘Agnipath’ Scheme. Motivating the Agniveervayu he said that from here onwards they are embarking on a glorious journey in IAF. After the rigorous training of 22 weeks, the young Agniveervayu will be transformed into tech savvy and battle ready air warriors. Post successful completion of the training, the Agniveervayu will be posted to different field stations across the country wherein they will be gradually exposed to the available IAF machineries and technology under the direct supervision of the skilled and experienced air warriors. He advised the young recruits to exhibit high standards of professionalism to sustain Indian Air Force as one of the most potent air forces in the world.
Applauding the concentrated efforts put in by all air warriors the Air Marshal said, "To make the historic induction plan successful, the men and women in blue have been toiling hard since official launch of the scheme by Gol. At this juncture, the IAF is ready to absorb these Agniveervayu of immense potential into its mighty arsenal towards furtherance of operational might of the indomitable air arm of the nation".
The AOC-in-C emphasized the importance of discipline, hygiene, physical and mental endurance of newly recruited Agniveervayu. In his concluding address, he highlighted the role of instructors towards shaping the future of the IAF. 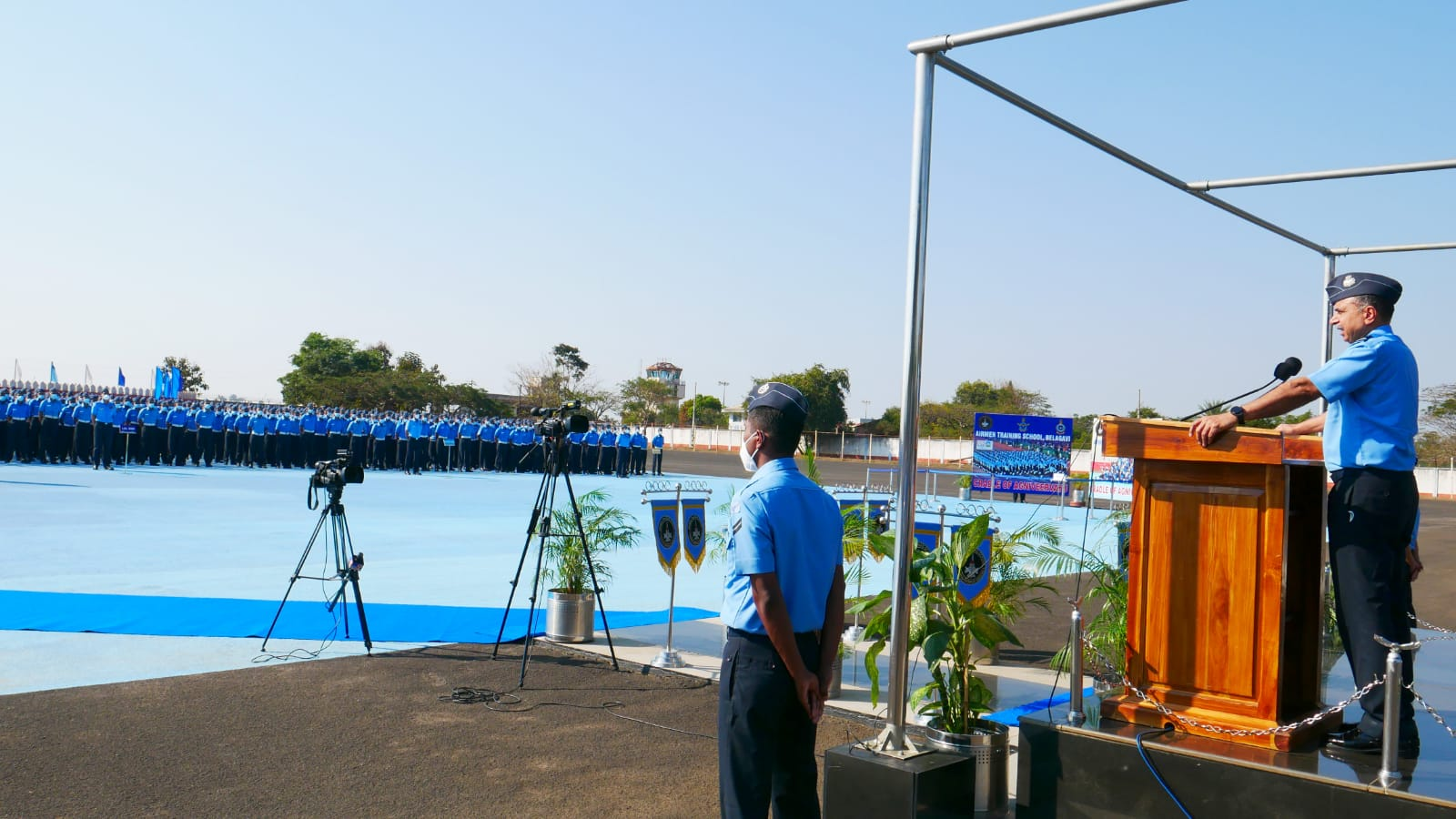