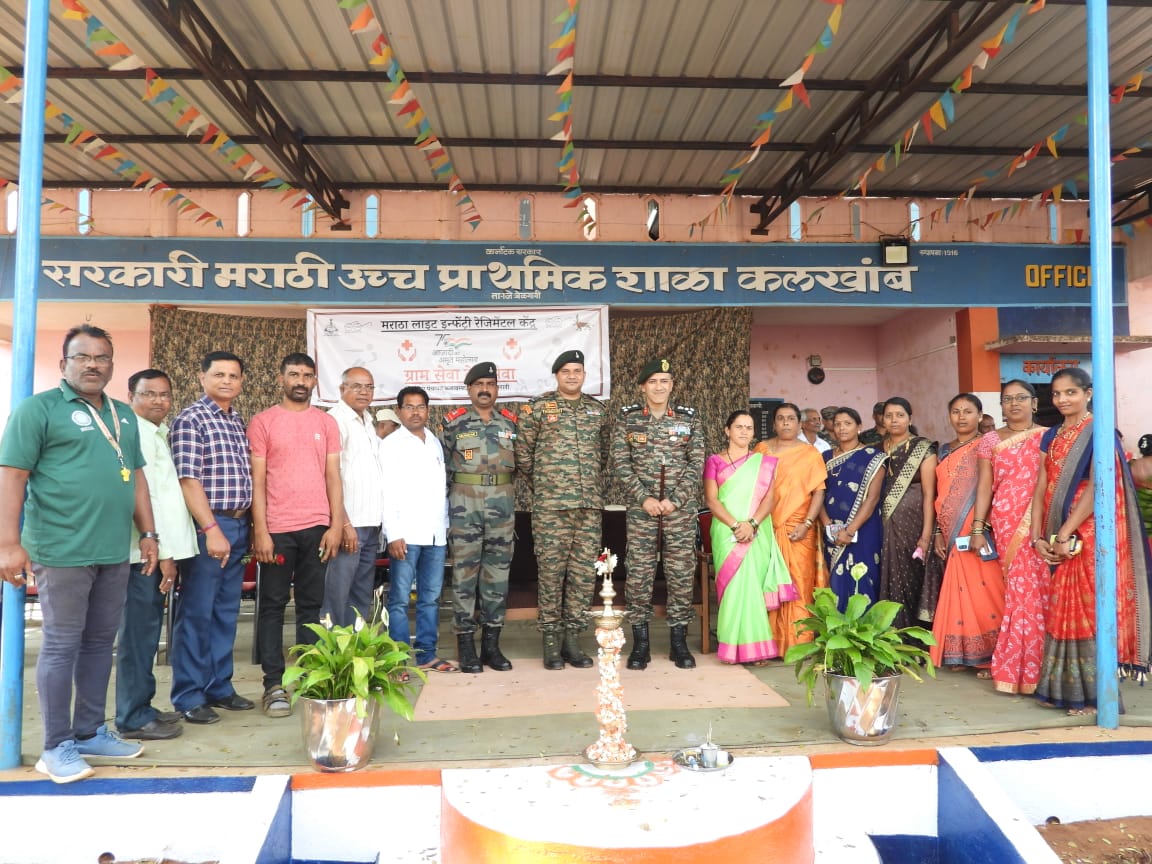 With the initiative of Hon’ble Prime Minister of India, Army Day Parade 2023 is being held outside Delhi at nominated locations in Regional Commands. As a prelude to  Army Day Parade-2023, high visibility events like Outreach to Village, work on Amrut Sarovars, Plantation of more than 1000 Saplings and AWWA Commemorative week is being organized under the aegis of The MARATHA Light Infantry Regimental Centre  to demonstrate the patriotic fervor amongst the citizens and showcase Indian Army’s role and commitment in nation building.
The broad theme of these events is based on Azadi Ka Amrit Mahotsav with the aim to carry out an extensive outreach campaign so as to strengthen the bond between Indian Army and the masses. Large number of school / college students and people from all walks of the society including Veer Matas, Veer Naris and serving / veterans will be participating in this mega event to achieve high levels of inclusivity and visibility.
As part of broader theme “GRAM SEWA DESH SEWA”, a village outreach programme was conducted by The MARATHA Light Infantry Regimental Centre at village Kalkhamb in Belagavi Distt on 30 Dec 2022. Multifarious activities were conducted at Kalkhamb village to include Felicitation of VEER MATAS, VEER NARIS, free Medical Camp, Awareness Programme on Swachh Bharat, Agnipath Scheme and other Sports Activities. Brig Joydip Mukherjee, Commandant of The MARATHA Light Infantry Regimental Centre addressed the gathering and assured that as part of the larger responsibilities towards the Nation, the Indian Army remains committed to the well-being, development and progression of village Kalkhamb and also offered well wishes for upcoming new year to all villagers.
--x-
DPRO/BLR/PS/SP