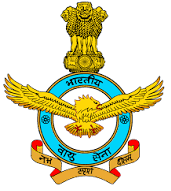 Air Commodore Tejpal Singh AVSM VM assumed the command of Aircraft System Testing Establishment (ASTE) on 01 Jan 23 from AVM Jeetendra Mishra VSM.
The Air Commodore was commissioned into fighter stream of IAF in 1990. He is a Cat ‘A’ Qualified Flying Instructor and an Experimental Test Pilot. He is an alumnus of the French Command and Staff College, Naval War College and National Defence College. He was the Defence attaché to Israel and has had staff appointments in the procurement branch. Prior to taking over as Commandant ASTE, he was the Air Assistant to Chief of Air Staff.
An impressive Ceremonial Parade and Fly past was presented by ASTE during the handing taking over ceremony.
--x-
DPRO/BLR/PS/SP