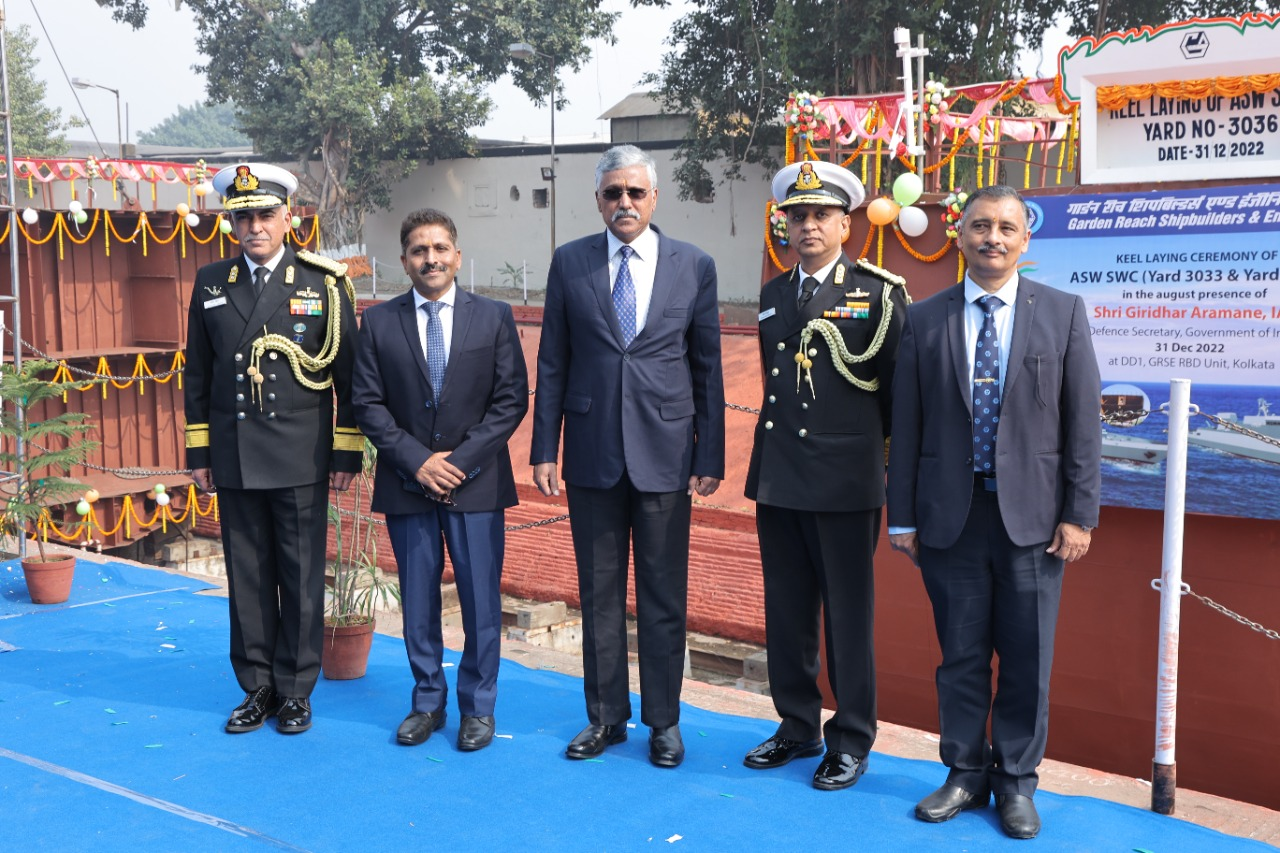 Speaking on the occasion, Defence Secretary appreciated GRSE’s efforts towards achieving the significant milestone. He stated that laying of keel for these two ships reinforces our resolve towards completely indigenous shipbuilding as part of Prime Minister’s vision of ‘AatmaNirbhar Bharat’. The ASW SWC ships will have over 80% indigenous content, ensuring that large scale defence production is executed by Indian manufacturing units thereby generating employment and capability build up within the country. He further said that with the induction of ASW SWC ships, the IN’s ASW capability will be enhanced. 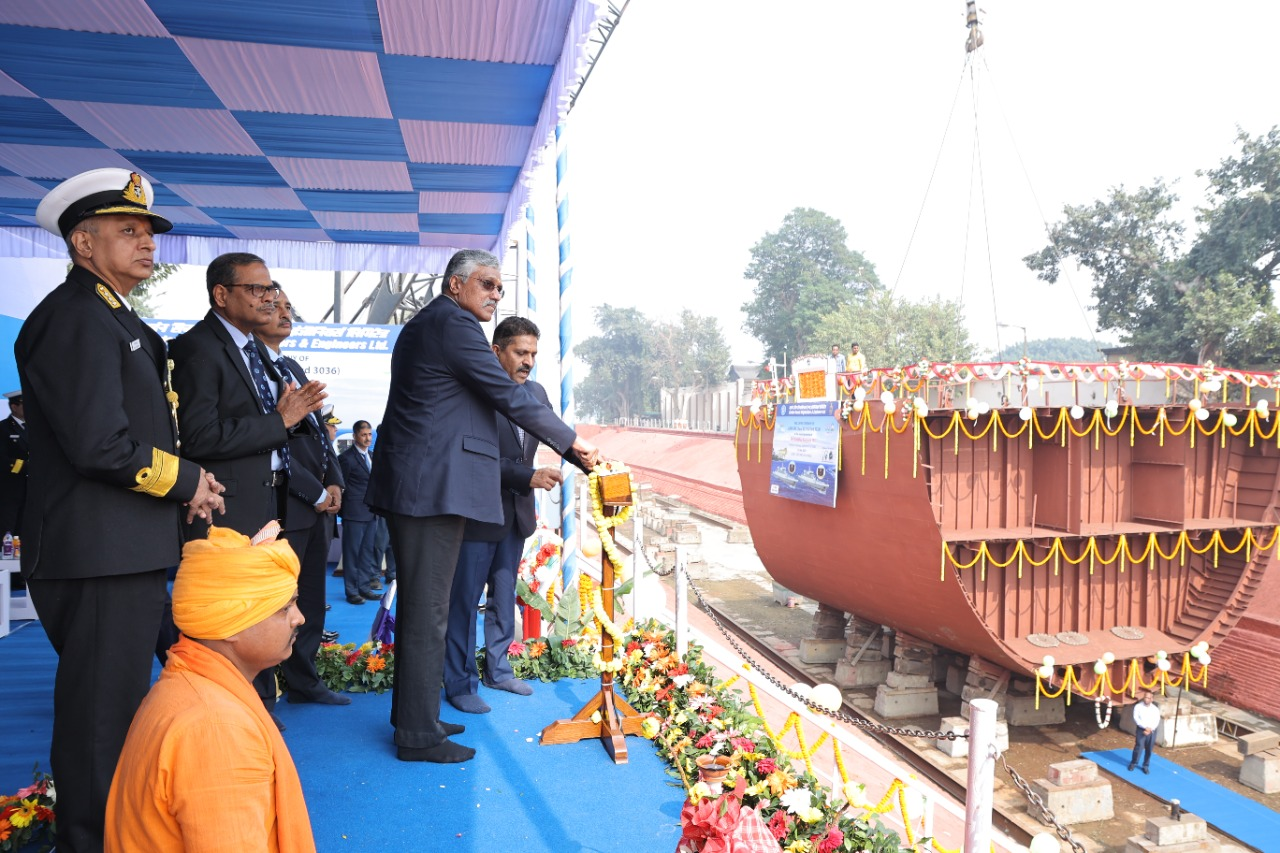