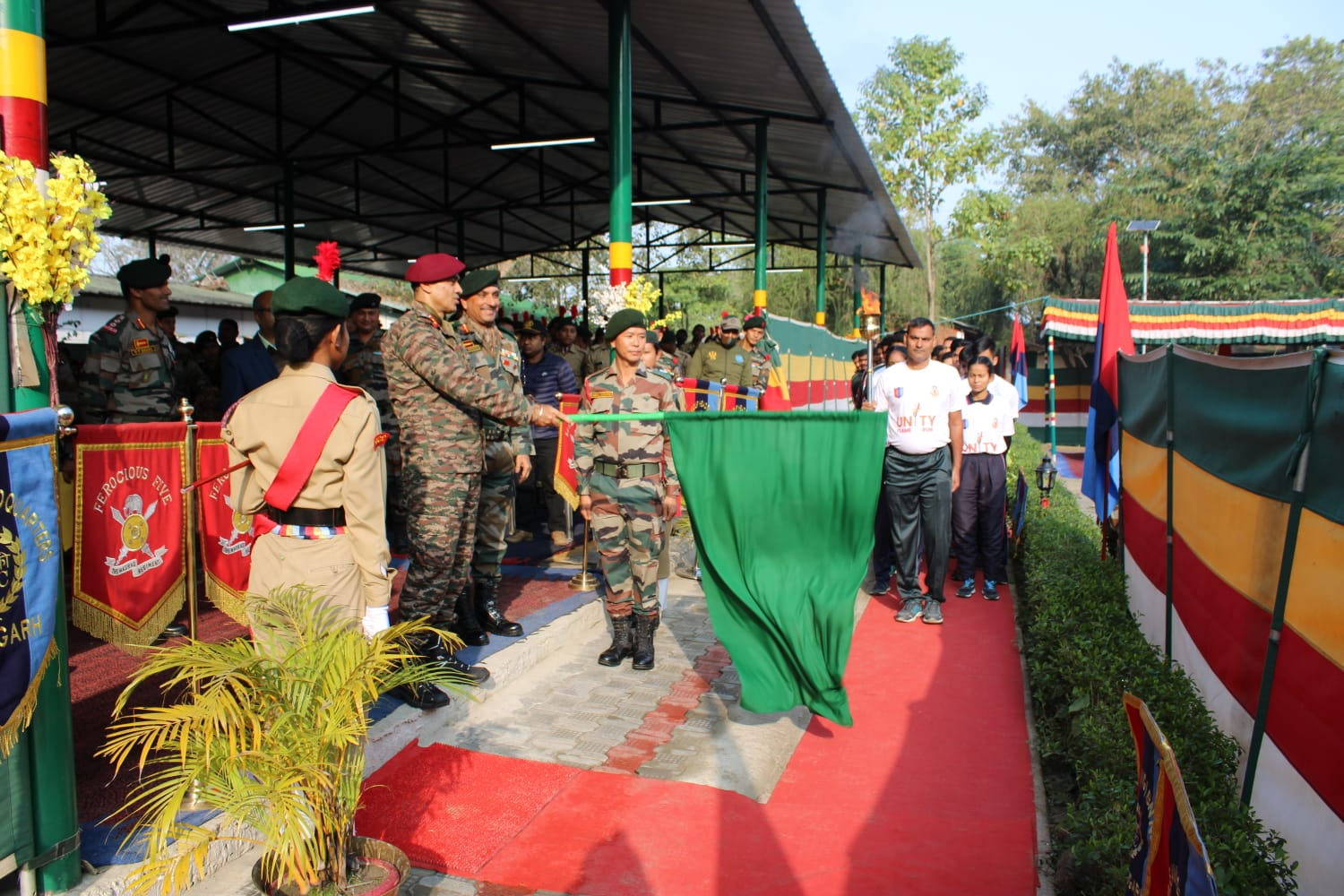 As part of the resolve of the National Cadet Corps to spread the message of UNITY AND DISCIPLINE and to commemorate 75 yrs of raising of NCC, the Unity Flame Run was flagged off on 20 Nov 2022 from Kanyakumari to New Delhi, which is being carried by Col Kishan Singh Budhwar, Sena Medal. The officer is running with the flame for 50 Kms every day and will cover a distance of 3000 km in 60 days. NCC Directorate, North East Region is executing a Eastern Relay Run of Unity Flame Run, which is a vehicle based relay flame from Dibrugarh to Agra to merge with the main flame on 15 Jan 23 following the route Dibrugarh-Jorhat-Guwahati-Dhubri-Siliguri-Asansol-Ranchi-Gaya-Varanasi-Lucknow-Agra. The vehicle based relay run was flagged off from Dibrugarh on 02 Jan 2023 and will reach Agra on 14 Jan 2023.

The Relay was flagged off by Maj Gen Manpreet Singh Bains, SC, YSM, SM, GOC Dao Division on 02 Jan 2023. It was attended by over 300 Cadets from various schools and colleges, NCC Alumni, civil administration staff, serving Indian Army ex- Servicemen and Staff. The Chief Guest in his inaugural address thanked the entire NCC fraternity for their selfless service to the Nation, both during peace and in the time of calamities.

As part of the event, various cultural programmes by NCC Cadets and a display by the Army Pipe Band was organized. The flame, which started from Pasighat in Arunachal Pradesh, merged with the main flame before being flagged off. All in attendance appreciated the event organized as a tribute to the altruistic service rendered by the NCC Cadets towards Nation Building and spreading the message of unity and discipline. 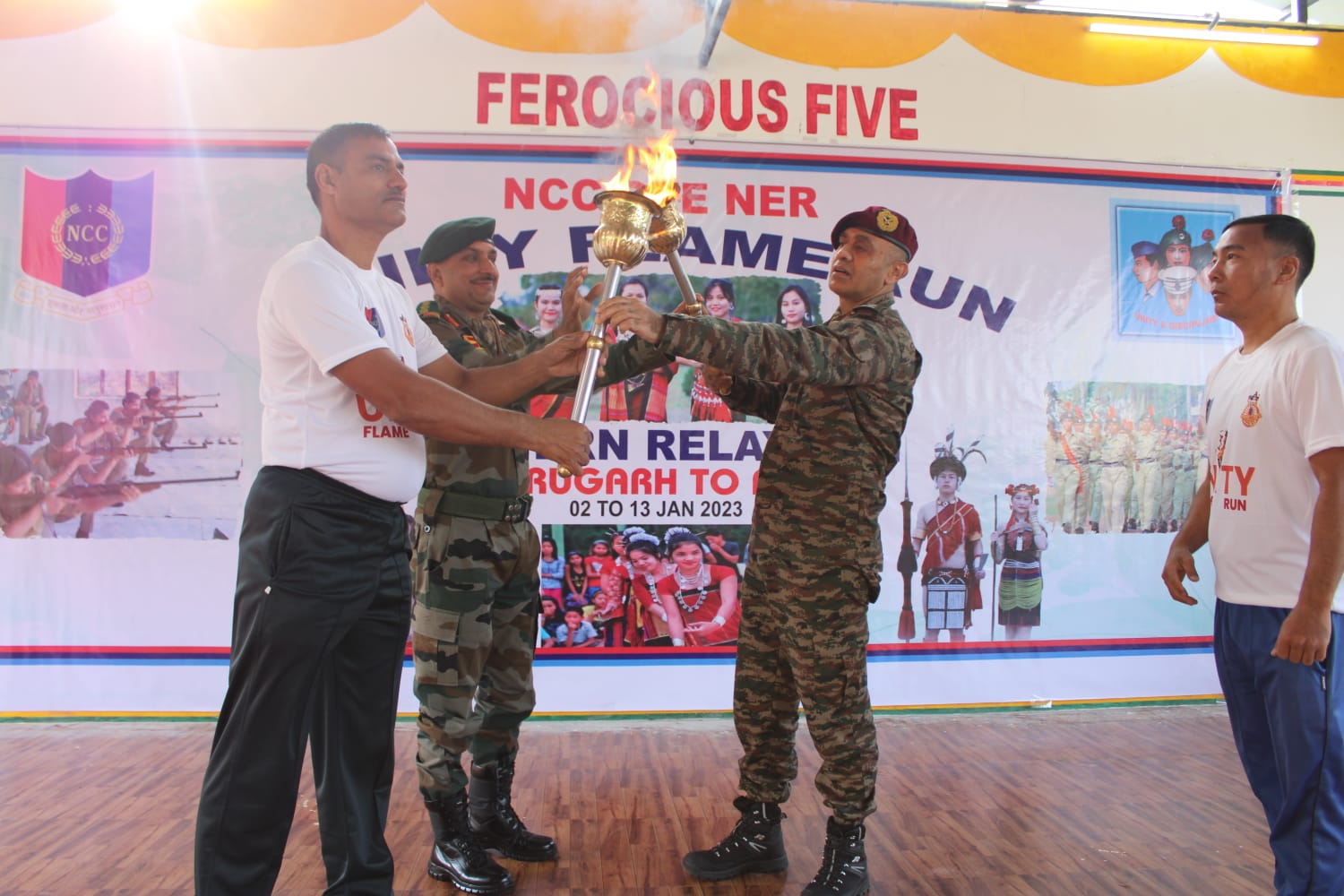