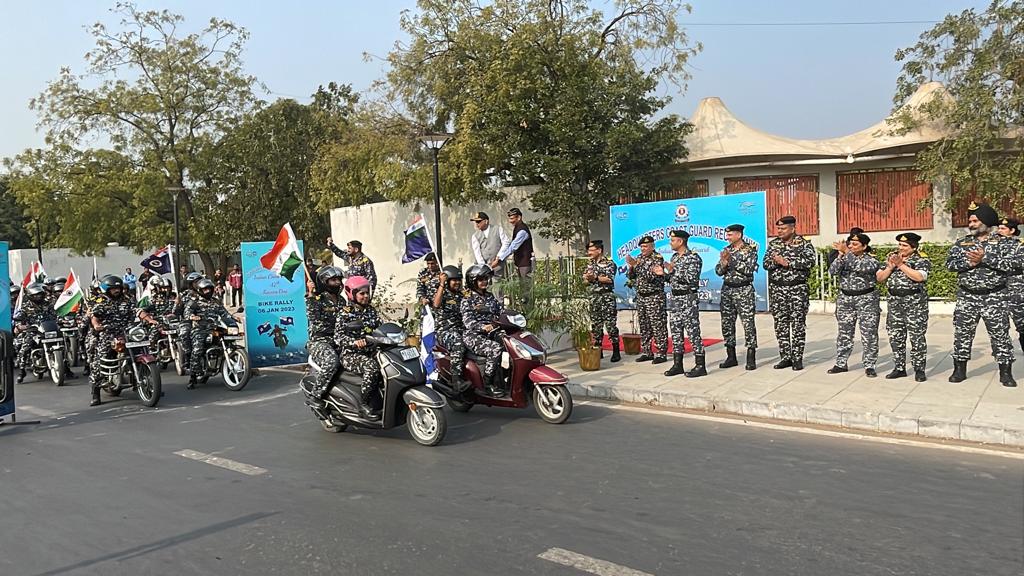 As run up to its 47th Raising Day on 01 February 2023, Indian Coast Guard (ICG) conducted a Bike Rally in Gandhinagar on Friday, 06 January 2023. The Rally was aimed at invoking the feeling of patriotism in sync with ‘Azadi ka Amrut Mahotsav’. Further, the rally is also to motivate youth/ local populace to join Armed Forces.

The Rally was flagged off by ICG veterans Commandant AK Saxena (Retd) and  Commandant Devansh Trivedi, TM (Retd) in the presence of Inspector General AK Harbola, TM, Commander Coast Guard Region (North-West). Commandant Devansh Trivedi (Retd) is a native of Gujarat and a recipient of “Tatrakshak Medal” for Gallantry. The Rally led by Women Officers of ICG commenced from Udyog Bhavan and passed through major spots of Gandhinagar, covering a total distance of 47 Kms. The ICG personnel enroute interacted with local youth and briefed them about ICG Service. The Bike Rally was the first in a series of events being organised to commemorate ICG Raising Day which is scheduled on 01 February 2023. 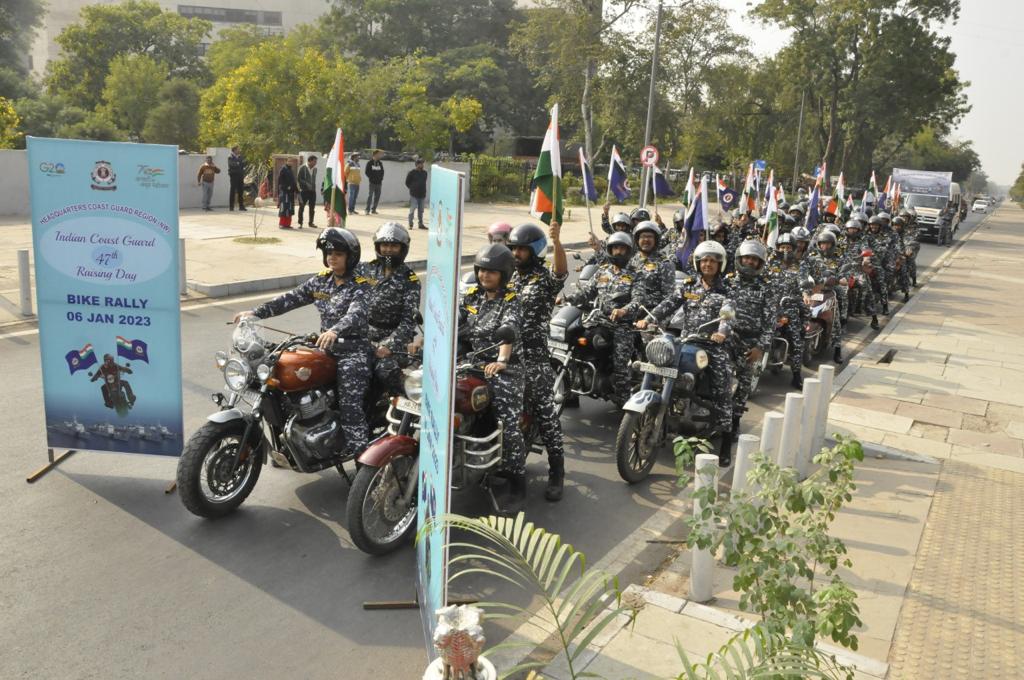 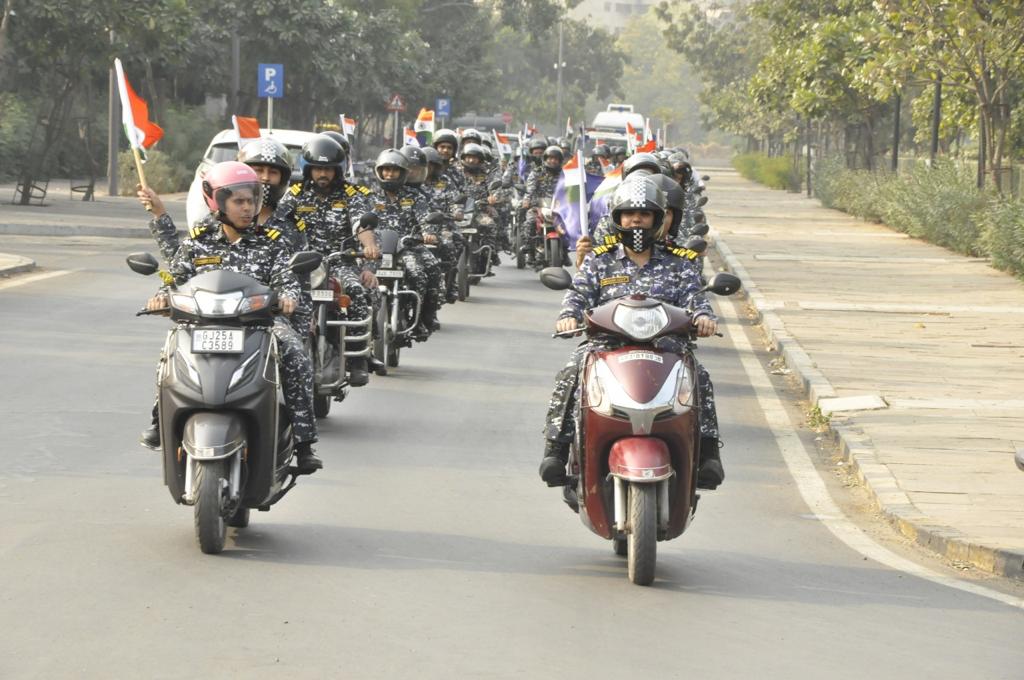 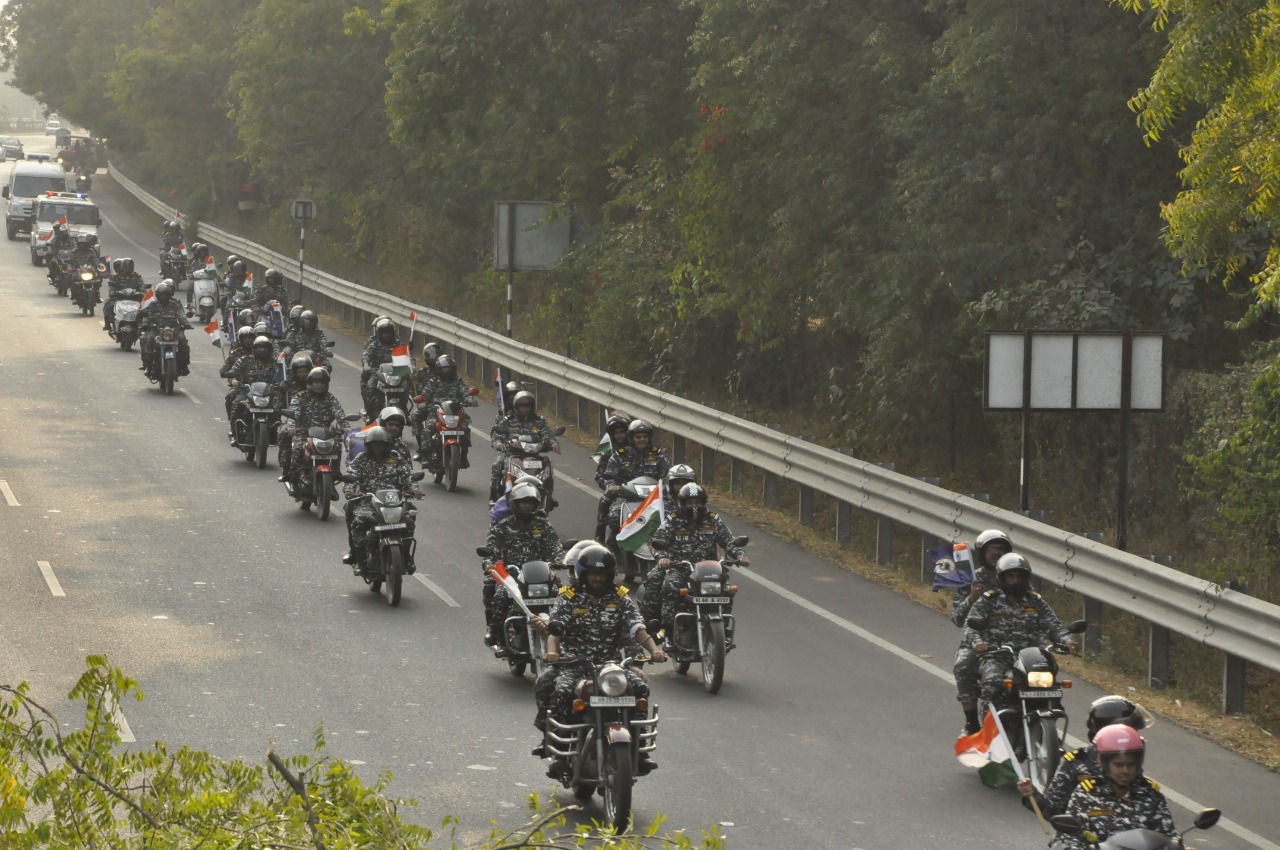