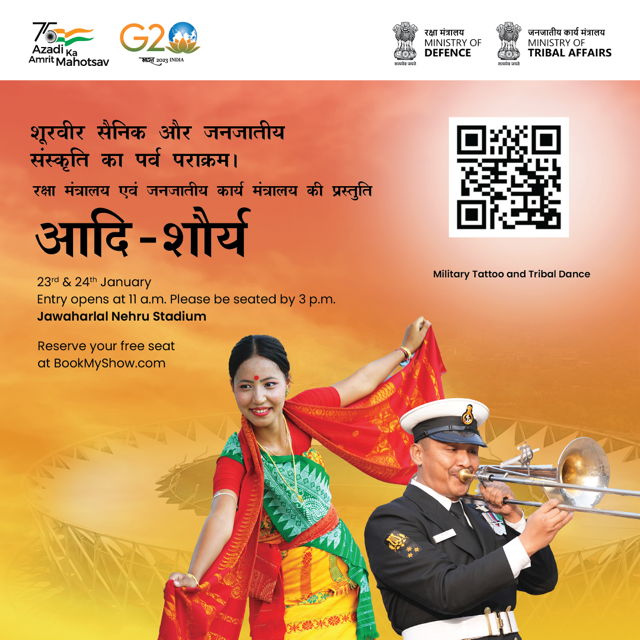 As part of the Republic Day Celebrations 2023 and to mark the 126th birth anniversary of Netaji Subhas Chandra Bose (celebrated as Parakram Diwas), a Military Tattoo & Tribal Dance Festival ‘Aadi Shaurya - Parv Parakram Ka’ will be held at Jawaharlal Nehru stadium, New Delhi on January 23 & 24, 2023. The two-day festival will showcase the prowess of the Armed Forces and the ethnic beauty of India’s tribal culture. Free tickets are available through www.bookmyshow.com.

The aim of the festival is to remember the sacrifices of the country’s bravehearts and celebrate the rich cultural heritage which makes India so unique and diverse. The objective is to celebrate together the bravery of Netaji Subhas Chandra Bose; embrace the true spirit of India and renew the commitment to building a strong and prosperous ‘New India’. Ministry of Defence and Ministry of Tribal Affairs are jointly organising the event, with Indian Coast Guard being the coordinating agency. 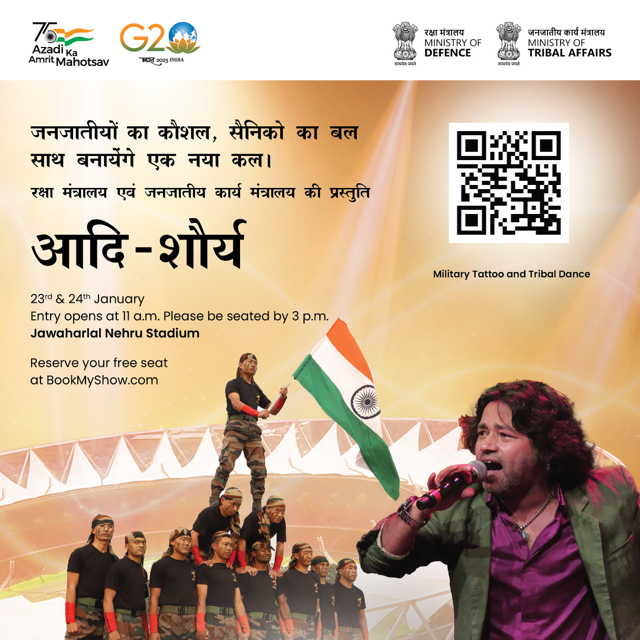 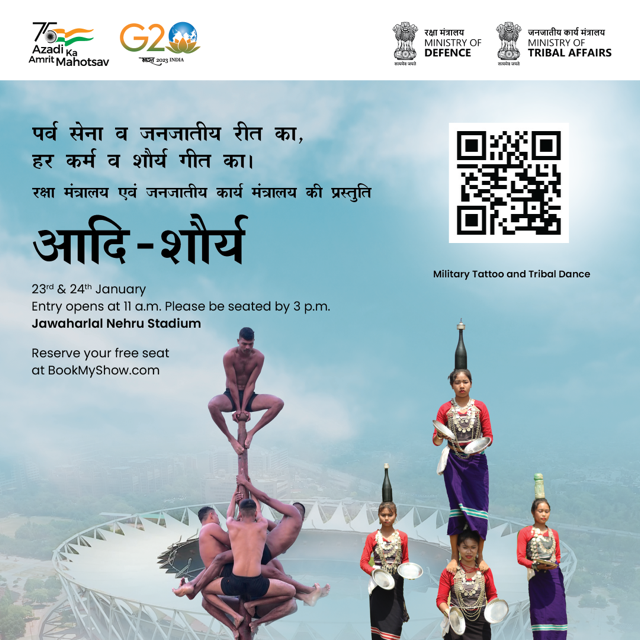