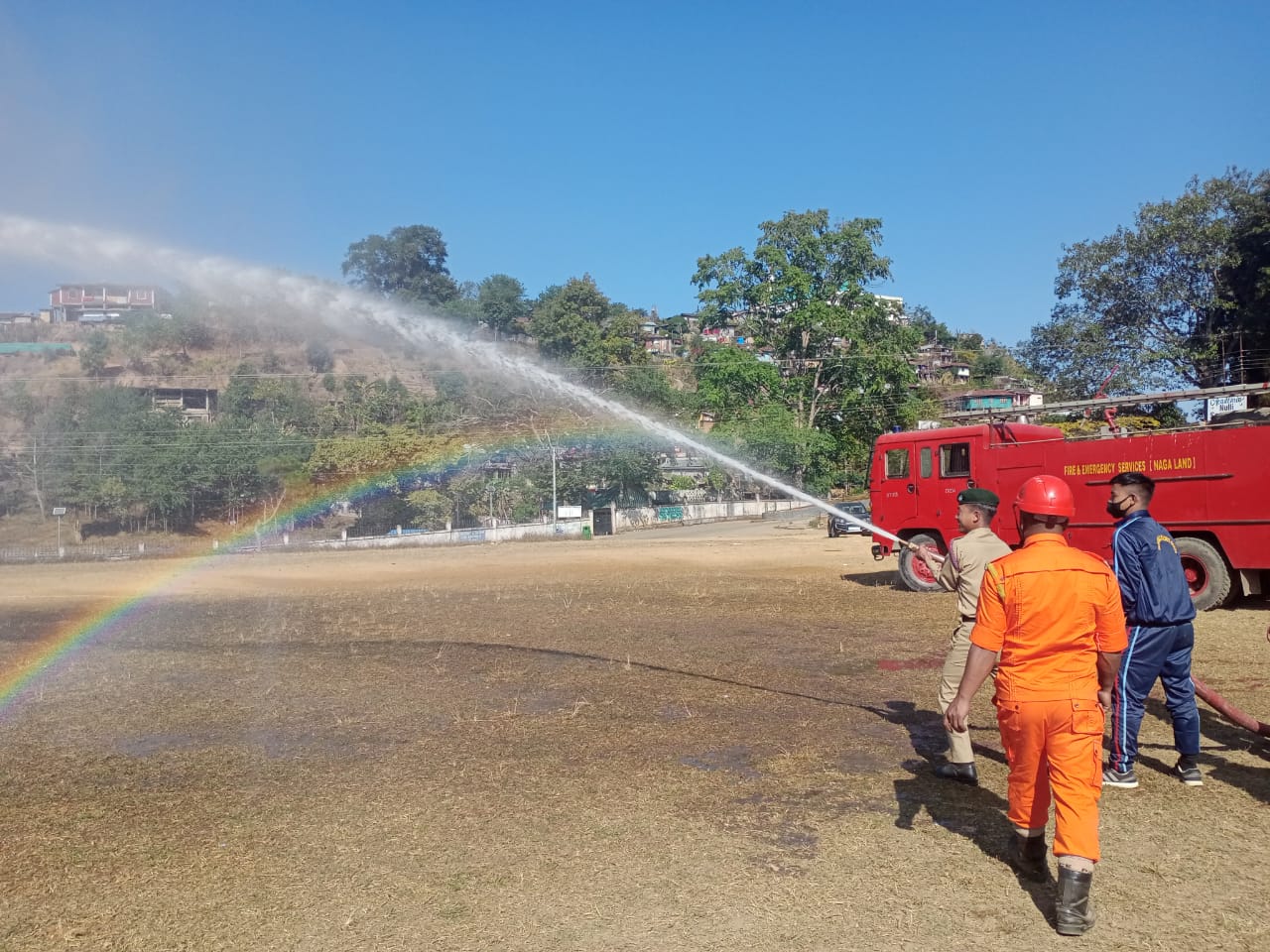 The event was part of the Combined Annual Training Camp (CATC) being conducted by 25 Naga Bn NCC since 05 Jan 23. The demo was conducted by Sub Inspector Mayang and a team of NFES personnel.

Then the cadets were made to practice the use of various types of Fire Extinguishers that were on display.

The common causes of domestic fire like cooking gas cylinder leakage, electrical short circuit and fires caused by smoking of meat were explained by SI Mayang. An innovative method of putting off a gas cylinder fire using a plastic bucket won loud applause from the girl cadets.

The highlight of the demonstration was the practice of handling high pressure water jet powered by a Fire Tender which was enjoyed by the cadets.

The various methods of rescue and first aid were also explained to the cadets and they were made to practice Fire Mans Lift and First Aid.

The cadets expressed immense satisfaction on the variety of life skills training imparted to them by NCC.