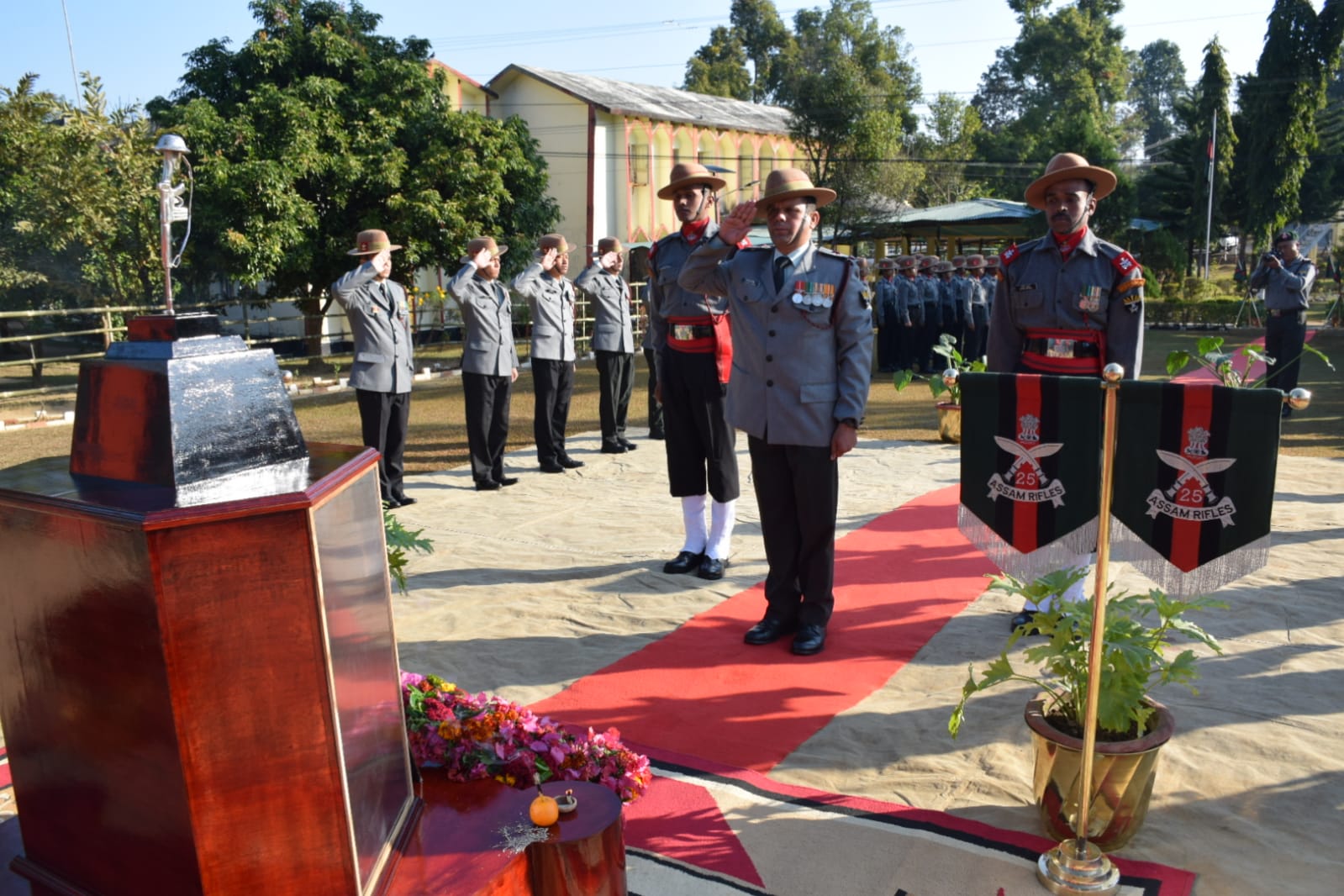 Jalukie Battalion of  Assam Rifles under the aegis of HQ IGAR (North) organised a solemn wreath laying ceremony at the Unit War Memorial, Jalukie on 08 January 2023.

To remember and honour its fallen Brave heart Rifleman/General Duty (Late) Deen Dayal Singh who in the richest tradition of the force had made supreme sacrifice for the nation in the line of duty on 08 January 2001  in Ukhrul District of Manipur while fighting insurgents and saving lives of his fellow troops under Operation Hifazat. The event was attended by all ranks of the Battalion wherein the attendees were briefed on how the fallen hero *Rifleman/General Duty (Late) Deen Dayal Singh displayed conspicuous gallantry, indomitable resolve, grit, determination and selflessness beyond the call of duty and made the supreme sacrifice in the true tradition of the force.