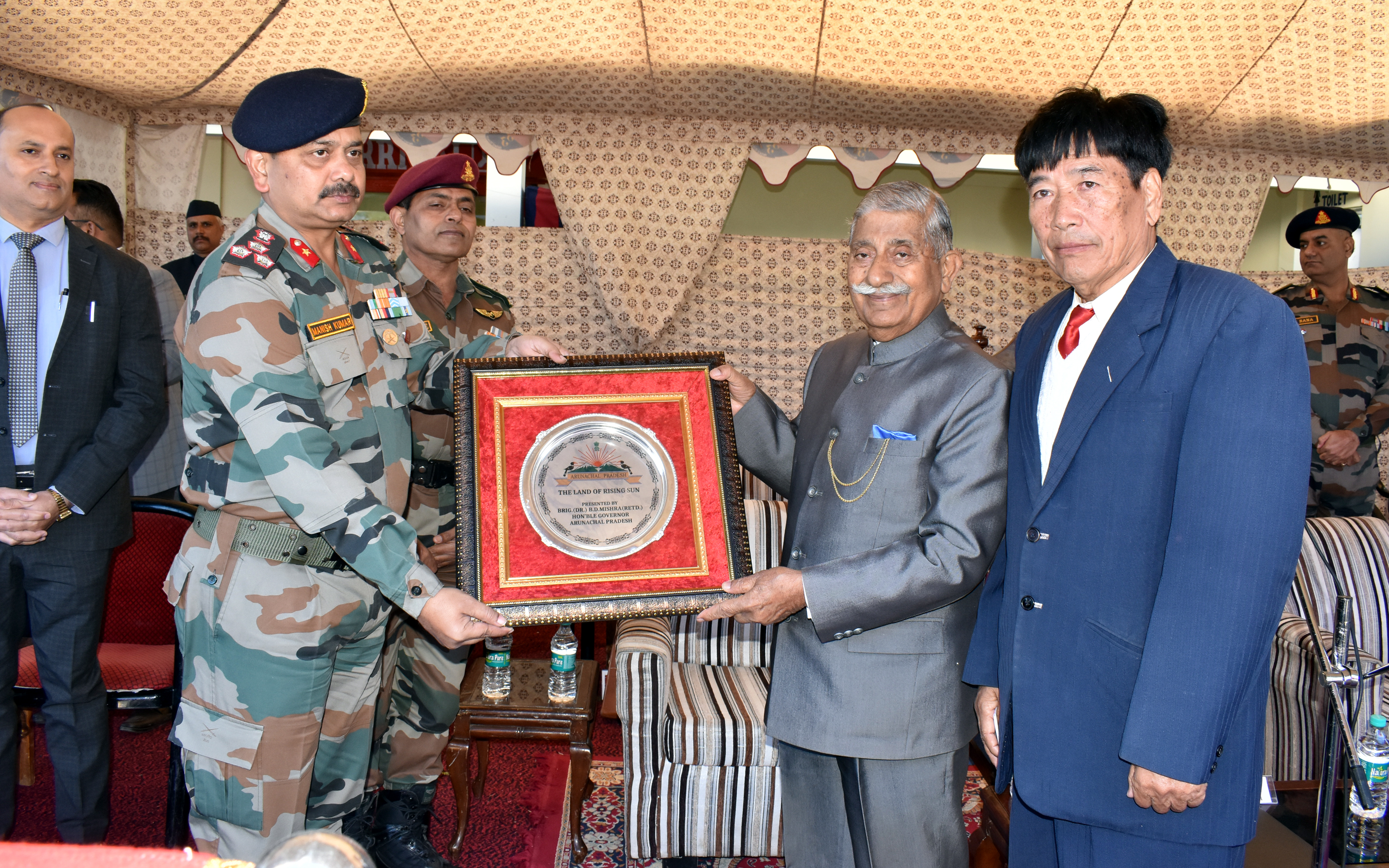 The Governor of Arunachal Pradesh Brig (Dr) B D Mishra (Retd), who is on a tour to East Siang and Upper Sinang Districts interacted with Gaon Buras, Gaon Buris, government officials and soldiers of Indian Army at Pasighat on 10th January 2023.

Giving three mantras for development in his New Year message, the Governor emphasised that the funds result of the allocated and used for various projects and programmes must be visible on the ground. He said that for all work programmes a high standard of quality must be maintained. He further added that the implementation within the given time frame must be done.

The Governor said the development process is the responsibility of every citizen. The Gaon Burahs, Gaon Buris, government officials and public must take onus to ensure that not a single paisa is wasted.

The Governor appealed to the people to contribute to make India ‘Aatma Nirbhar’ and ‘Shrestha Bharat’. Let us all join hands and work for the wellbeing and prosperity of our people, he said.

The Governor said that the Central Government under the leadership of Hon’ble prime minister of India Shri Narendra Modi is emphasizing on four important pillars of development, i.e. infrastructure, investment, innovation and inclusion to boost good governance across every sector. He emphasized on strengthening the spirit of entrepreneurship amongst our youth to boost the economic growth of Arunachal Pradesh and make it ‘Aatma Nirbhar’.  The Governor stressed on standardizing the quality of local products to enhance their sale and enhance the local economy.