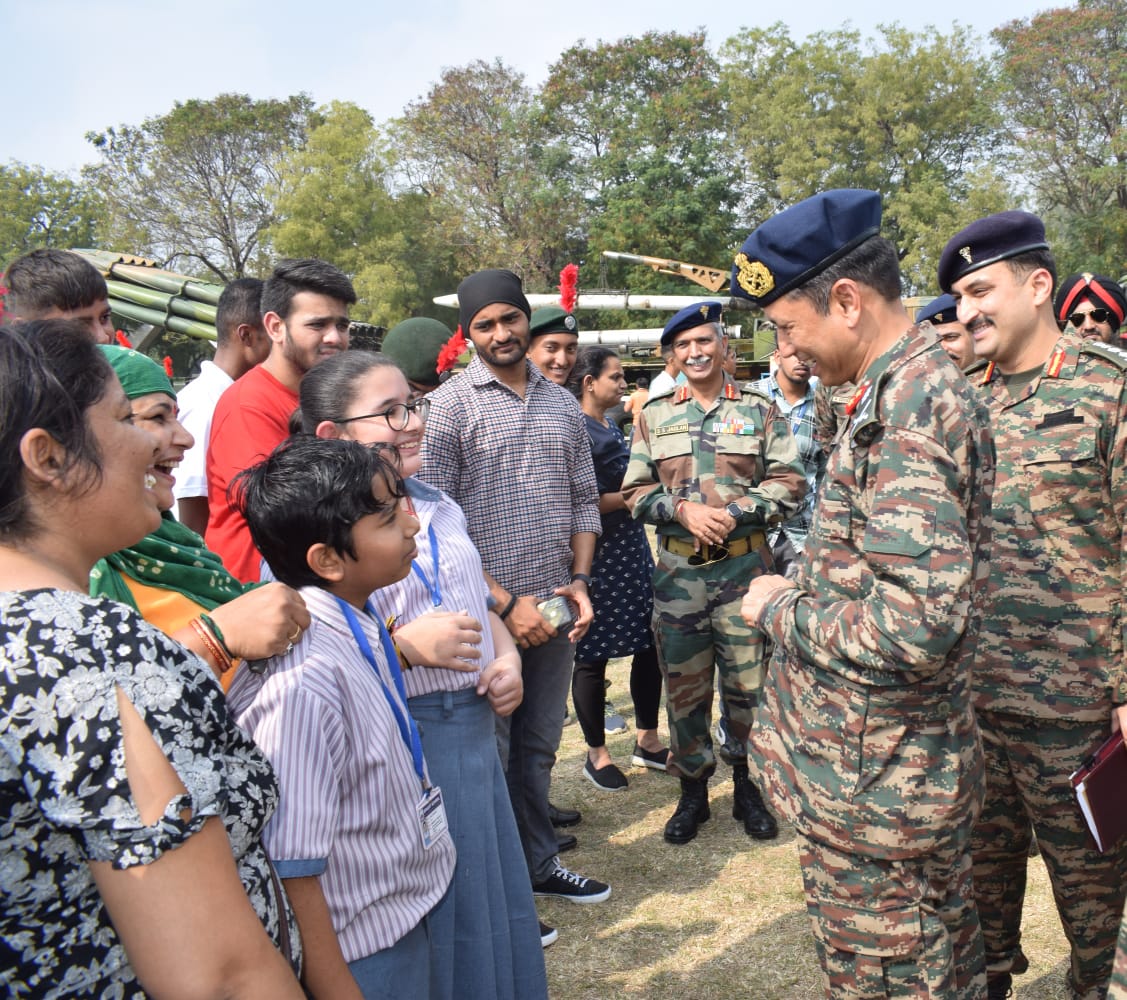 As a prelude to Army Day parade 2023 and celebrations of “Azadi Ka Amrit Mahotsav”, Electronics and Mechanical Engineering (EME) School under the aegis of Headquarters Southern Command and Headquarters Army Training Command organised Weapons and Equipment display at Vadodara on 12 January 2023. The purpose of this display was to enthuse the youth of the country and showcase the might and capability of Indian Army.

A wide variety of military equipment ranging from new generation Armament and Gun systems, latest state-of-art Surveillance equipment & Infantry weapons, Combat Vehicles and Air Defence Guns & Radars was on display. The event was attended by local populace, youth & Children in large numbers and provided them an opportunity to know their Army. 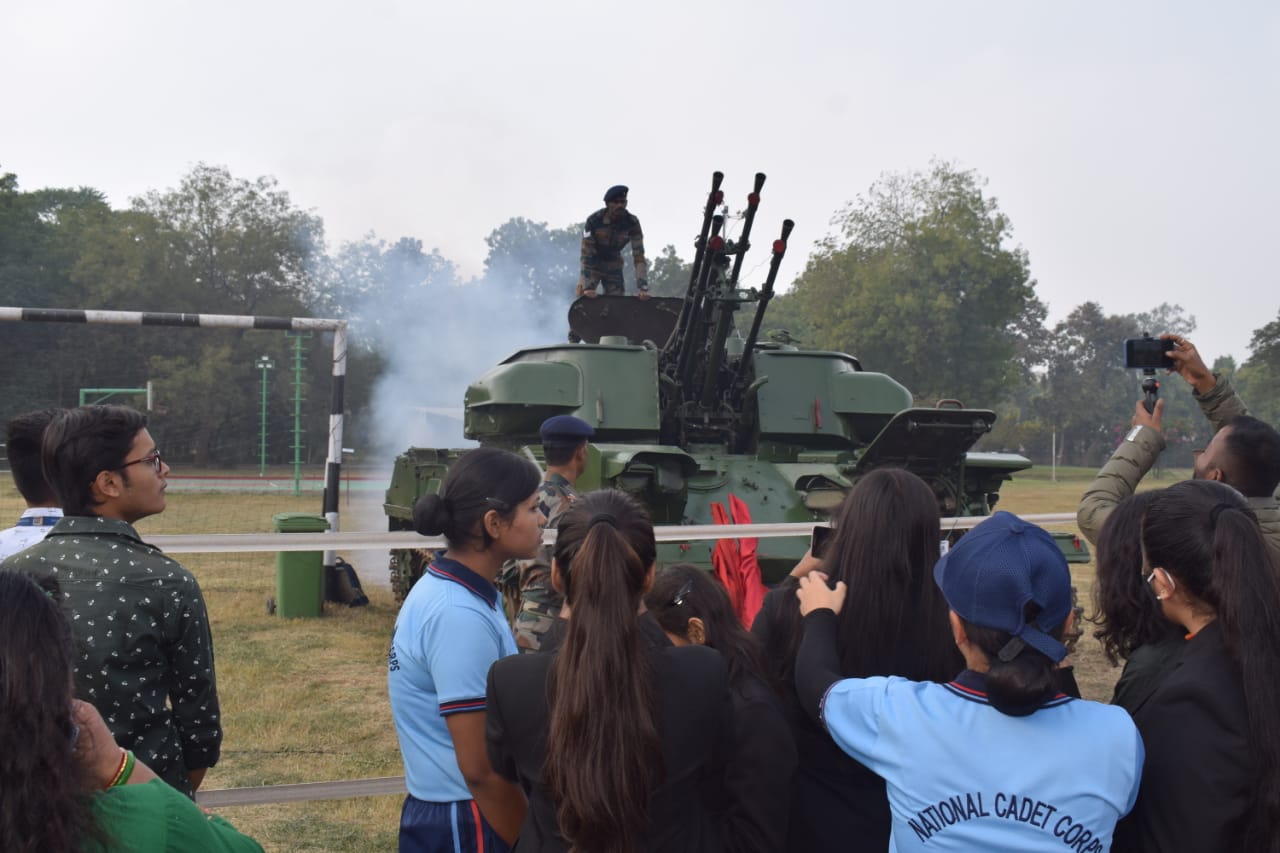 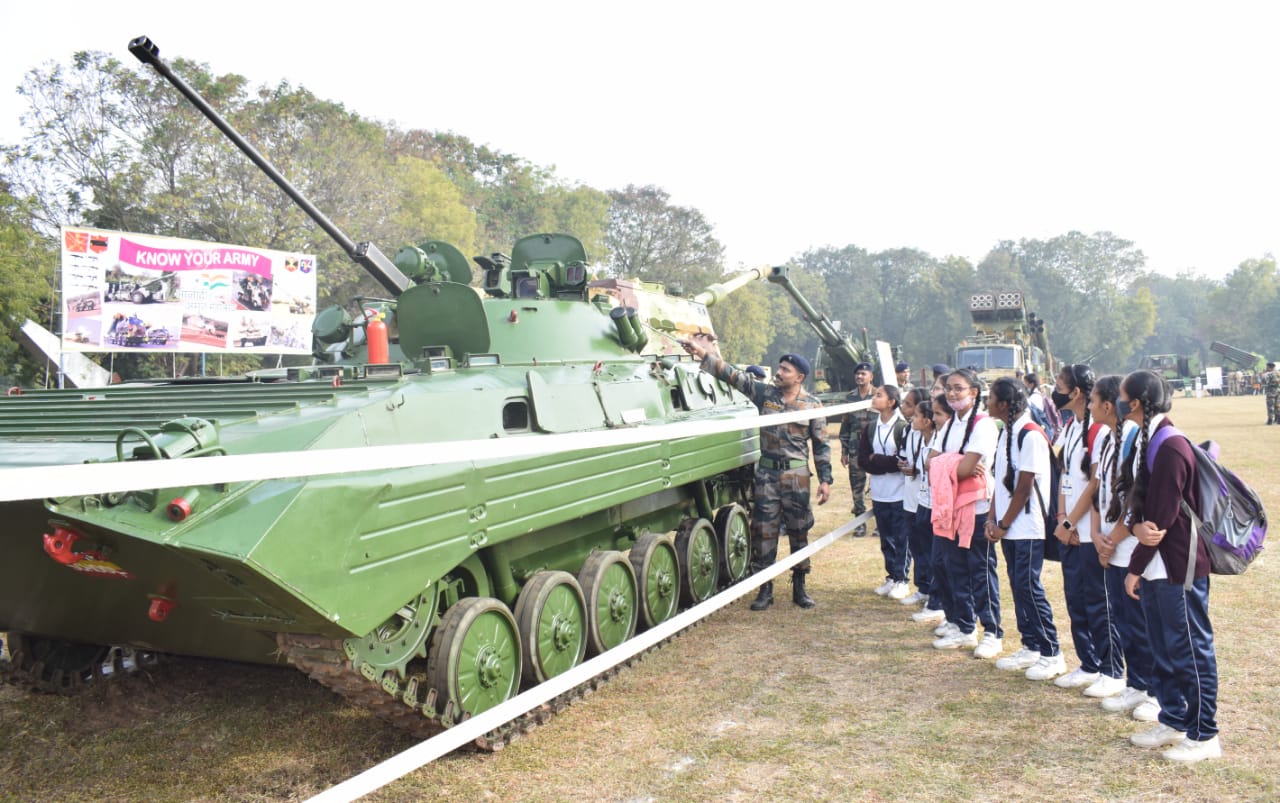 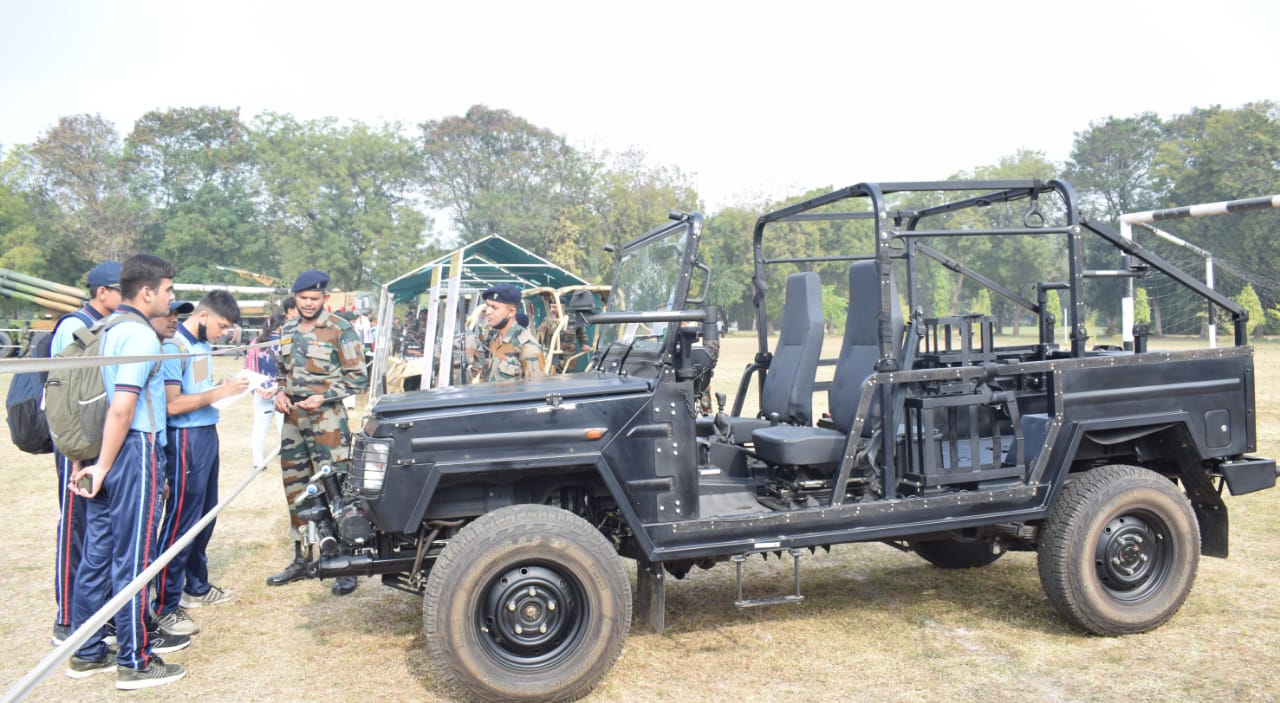