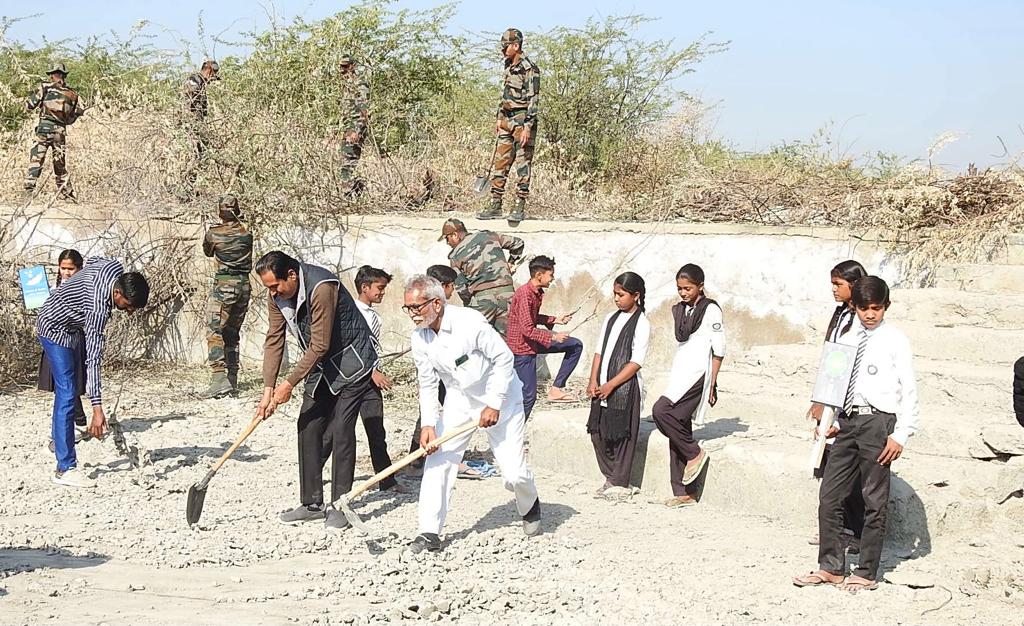 Desert Corps Engineer under the aegis of Konark Corps has undertaken the task of rejuvenation and development of existing Sarovars at 25 locations in the region of Rajasthan and Gujarat.

In one of the projects, Desert Corps Army Enigneers proactively assisted the locals in construction of 4000 square meters Water Reservoir to help in survival of thousands of Gazelles and endangered birds especially the Great Indian Bustard. Post completion of the work, the Water Pond was handed over to Khetolai Village panchayat, Jaisalmer district on 10 January 2023.

The construction of Water Reservoir result of active participation and cooperation of Desert Corps, local population, students and cooperation between multiple agencies.

Mission Amrit Sarovar was launched on 24 April 2022 by Govt of India with an objective to harvest and conserve water for future generation. The Indian Army through this initiative has also endeavoured to spread the message of “Jal Hai To Jeevan Hain” involving the entire community and motivating them in taking forward this initiative further. The activity of rejuvenating and developing the Sarovars will be a continued association and will assist in improving the quality of life in the villages and in remote areas of the Country. 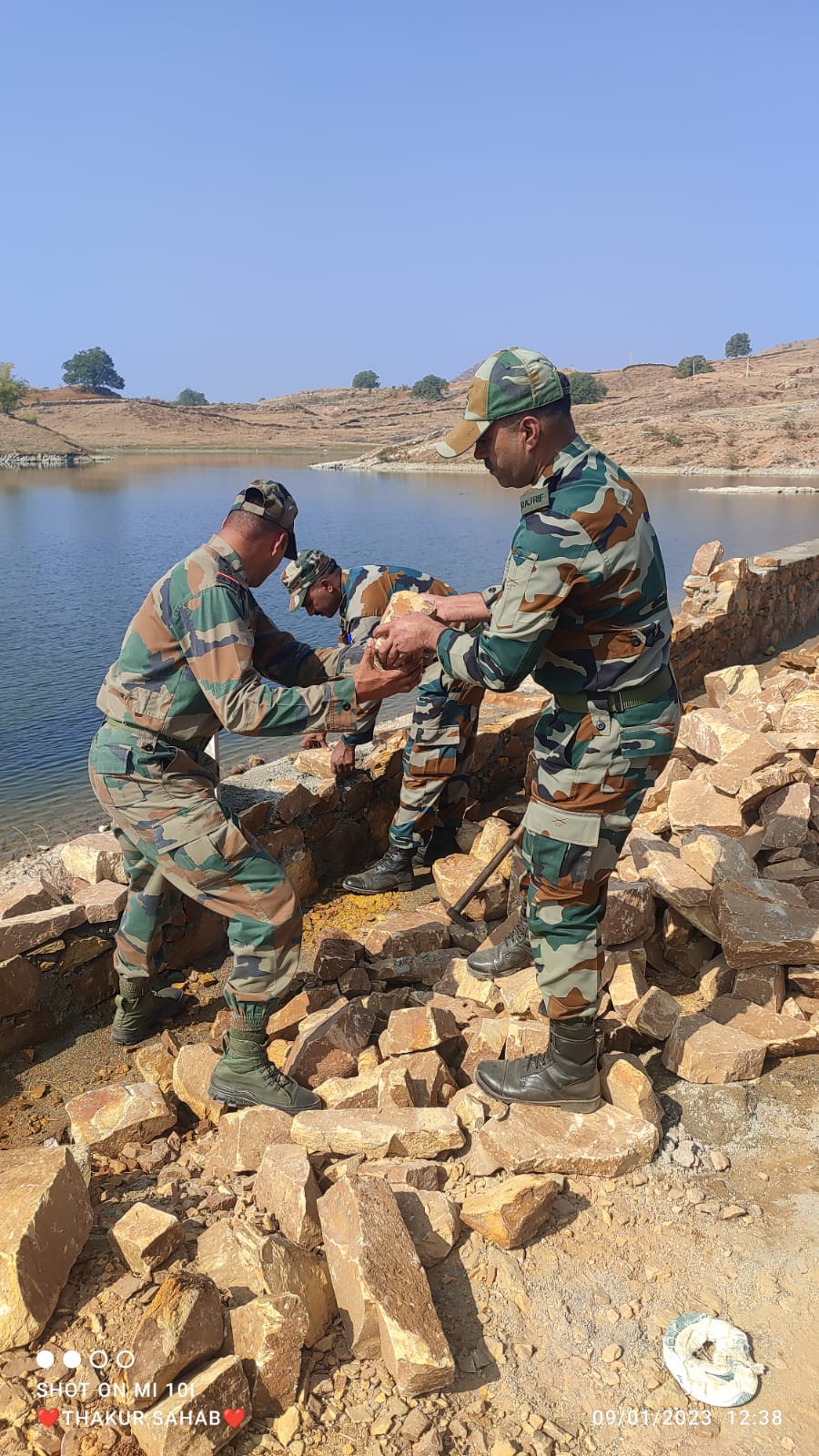 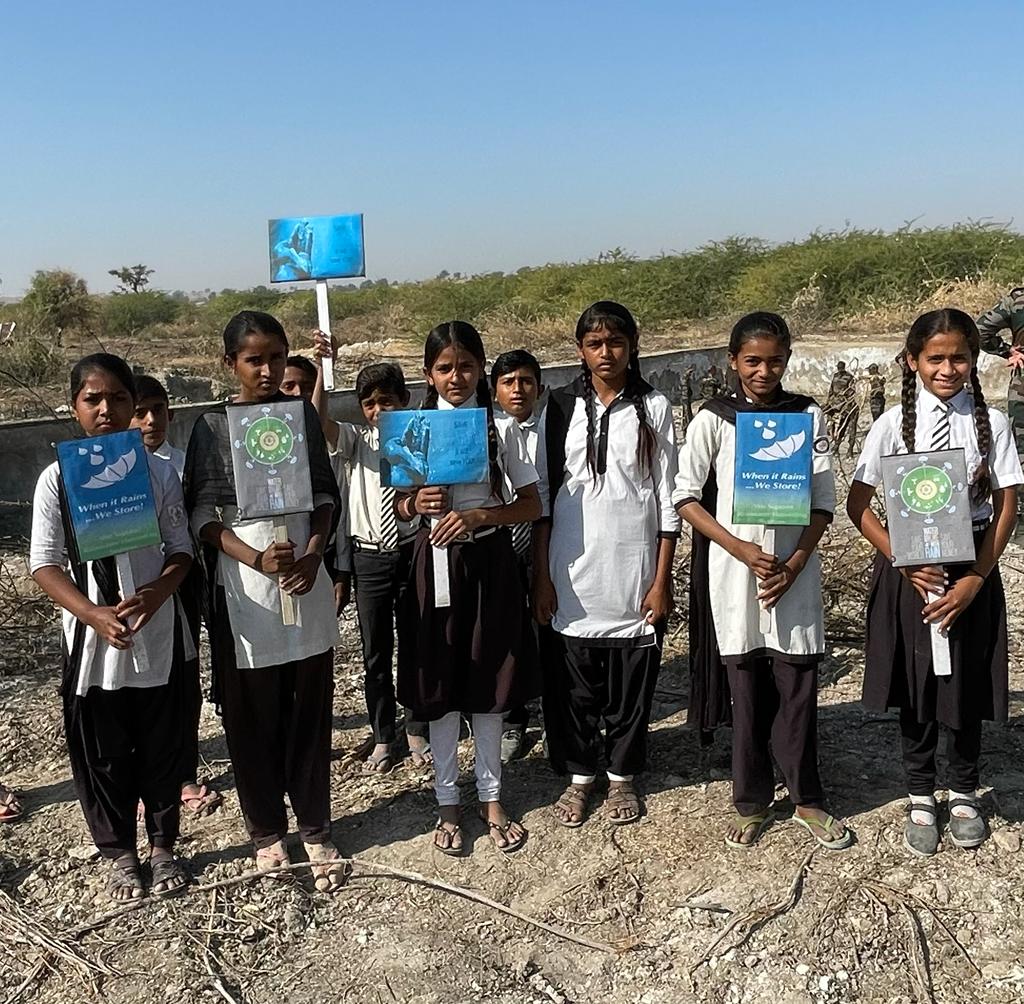 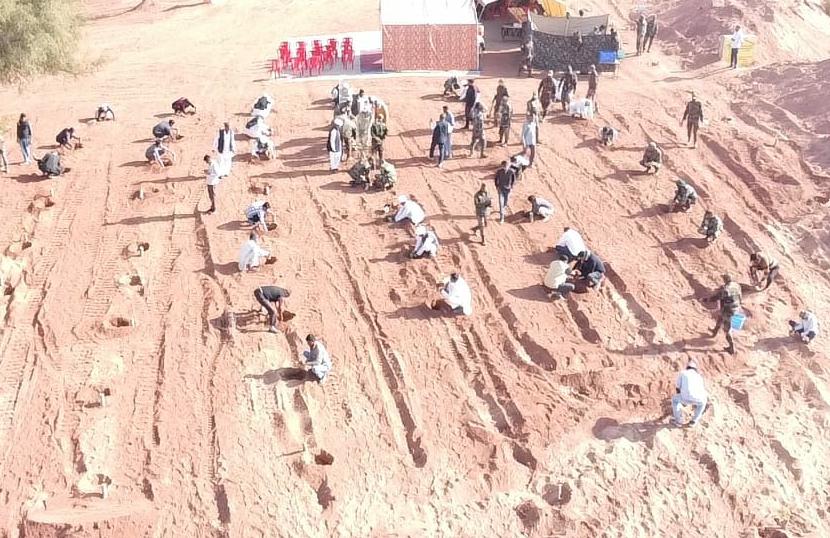 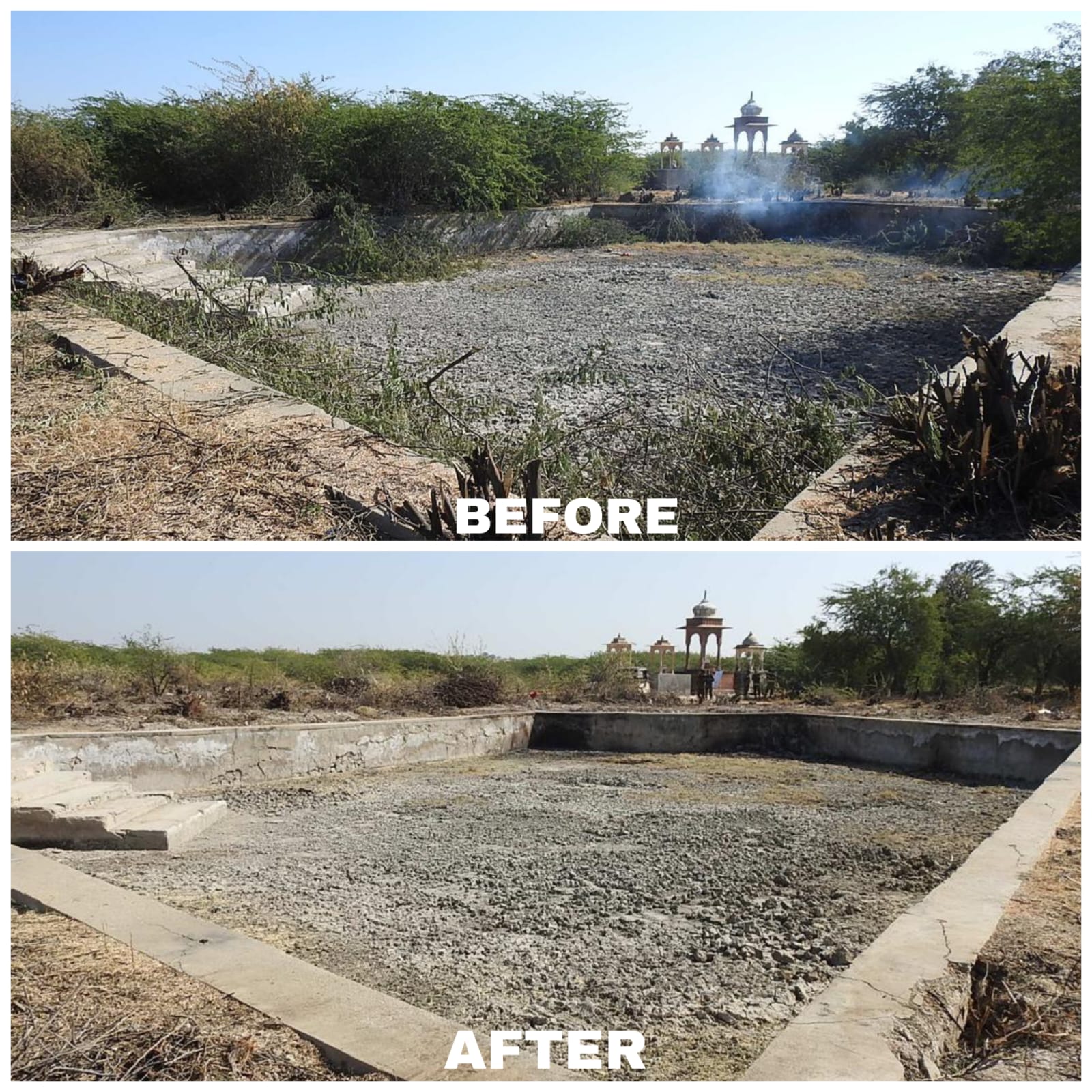 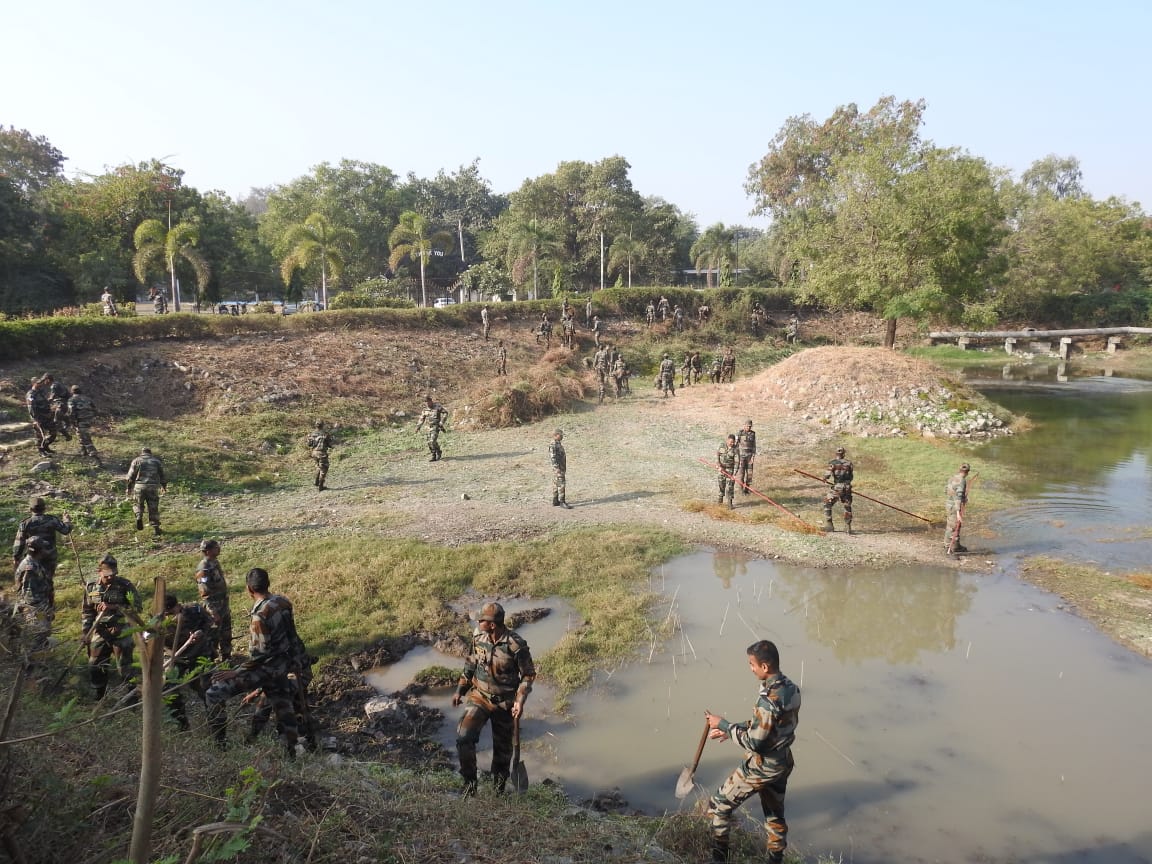 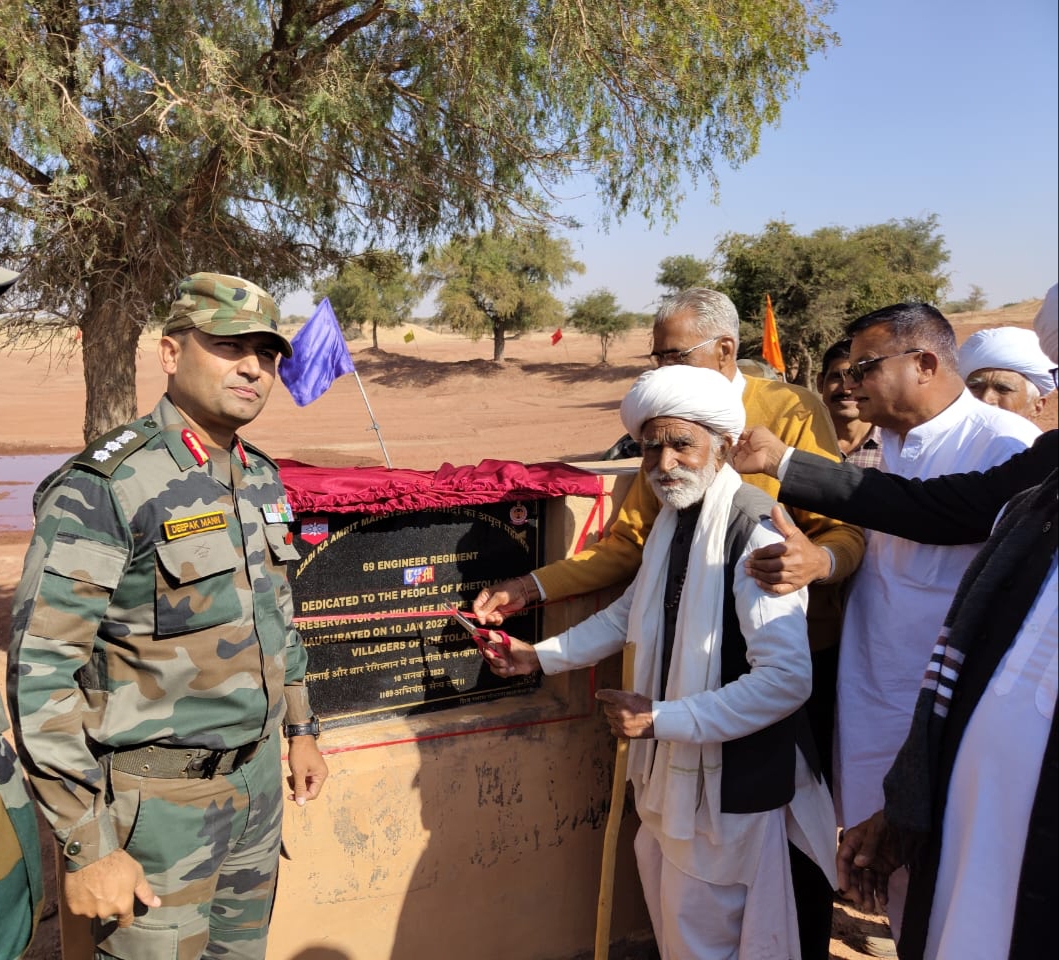