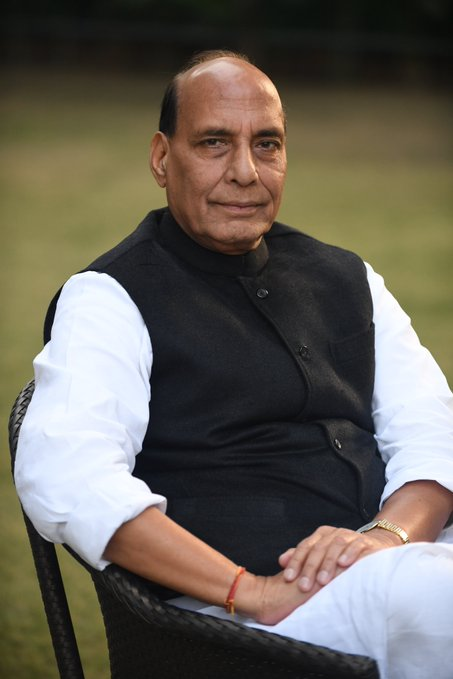 Raksha Mantri Shri Rajnath Singh will preside over 7th Armed Forces Veterans Day Celebrations by addressing an Armed Forces Veterans Rally at Jaswant Ground in Dehradun Cantonment on January 14, 2023 .  He will also launch the 'Soul of Steel Alpine Challenge’, a joint adventure sport initiative of the Indian Army and CLAW Global, by flagging off a car expedition from Dehradun to Ghamshali located in the Niti Valley. To pay homage to the supreme sacrifice and the dedicated service of our Armed Forces, he will dedicate Shaurya Sthal- developed by Uttarakhand War Memorial Trust, which unanimously decided to hand over its control to the Indian Army , to the Armed Forces on Veterans’ Day, 14 January, 2023.

This year the event is being celebrated at nine locations across the country, namely  Juhunjhunu, Jalandhar, Panagarh, New Delhi, Dehradun, Chennai , Chandigarh, Bhubaneshwar and Mumbai by three Service Headquarters. The event at Chennai will be presided over by Raksha Rajya Mantri.

As a part of scaling up of the Veterans Day, the Chief Ministers/ LGs of States/UTs  have been urged to observe the  Veterans’ Day on 14th January 2023 in their respective States/Districts.  During the event, felicitation for veterans will be done by giving them Medal/Souvenir/recognition certificate etc. During the celebration, the ‘We For Veterans’ Anthem-- an ode to our Veterans commemorating their valor and sacrifice will also be played at the events.

The Armed Forces Veterans Day is celebrated on 14th January as   on this very day, January 14 1953 , the  First Indian Commander in Chief (C-in-C) of  Indian Army- Field Marshal KM Cariappa,  who led Indian Forces to Victory in the 1947 war, had formally retired from the Services. The Day is celebrated as Armed Forces Veterans Day and dedicated to our esteemed Veterans.

The First Armed Forces Veterans Day was celebrated on January, 14, 2016 and it was decided to commemorate this day every year by hosting such interactive events in the honor of our Armed Forces  Veterans and their families.