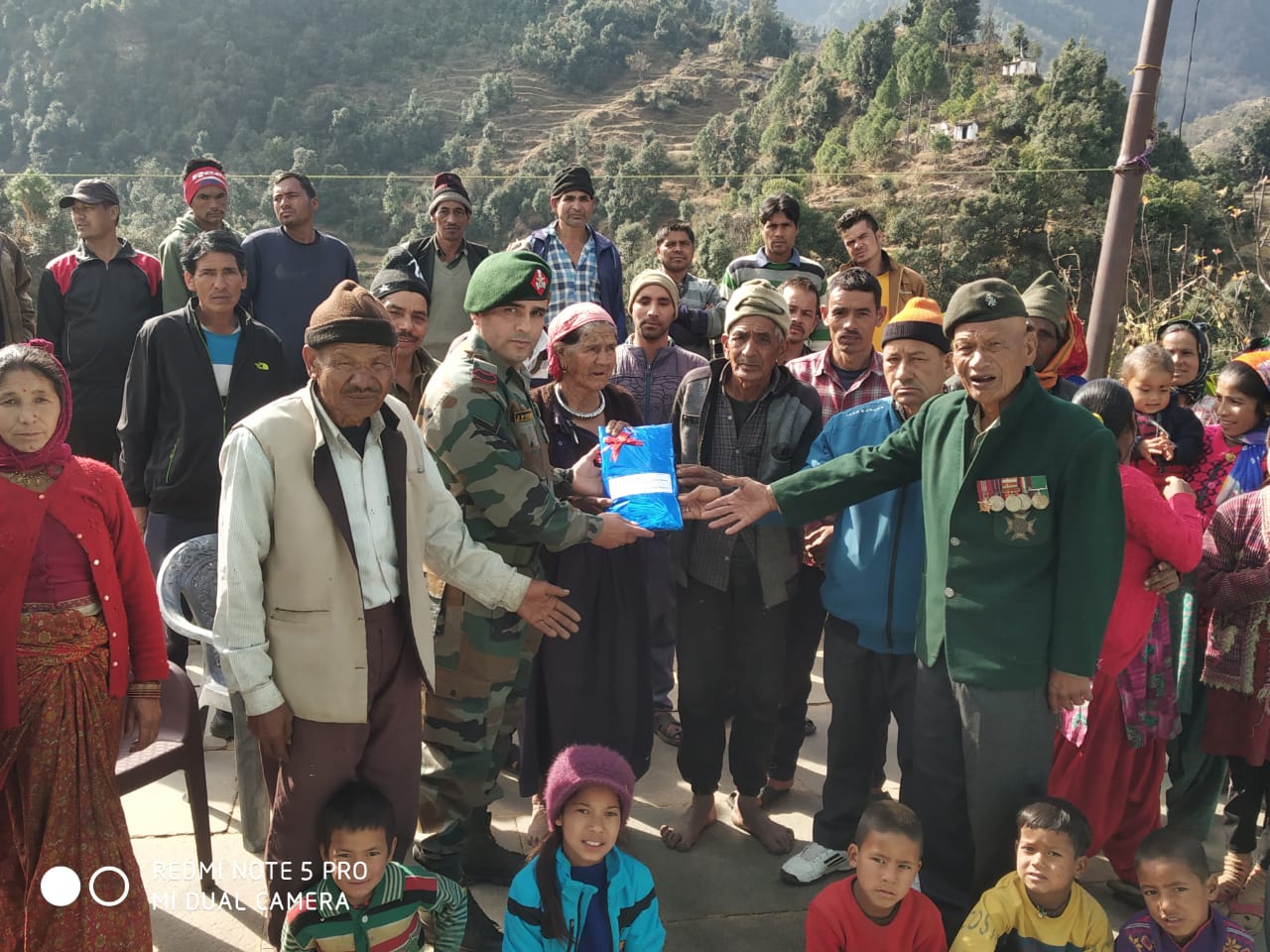 The ceremony was carried out as part of outreach programme to felicitate all Chakra series awardees of unit. (Late) Rfn/GD Narayan Singh displayed exemplary courage and made the supreme sacrifice while fighting with the militants at Thembram (Manipur) on 01 Aug 1994. Individual was awarded Shaurya Chakra on 15 Aug 1995. During the ceremony Shri Ram Singh, SmtDholi Devi, Mother of the Braveheart were felicitated. They were assured of necessary assistance from the force.