Conduct of ESM Rally on 14 January 2023 at the Bhagat Pavilion, Bombay Engineer Group and Centre, Kirkee 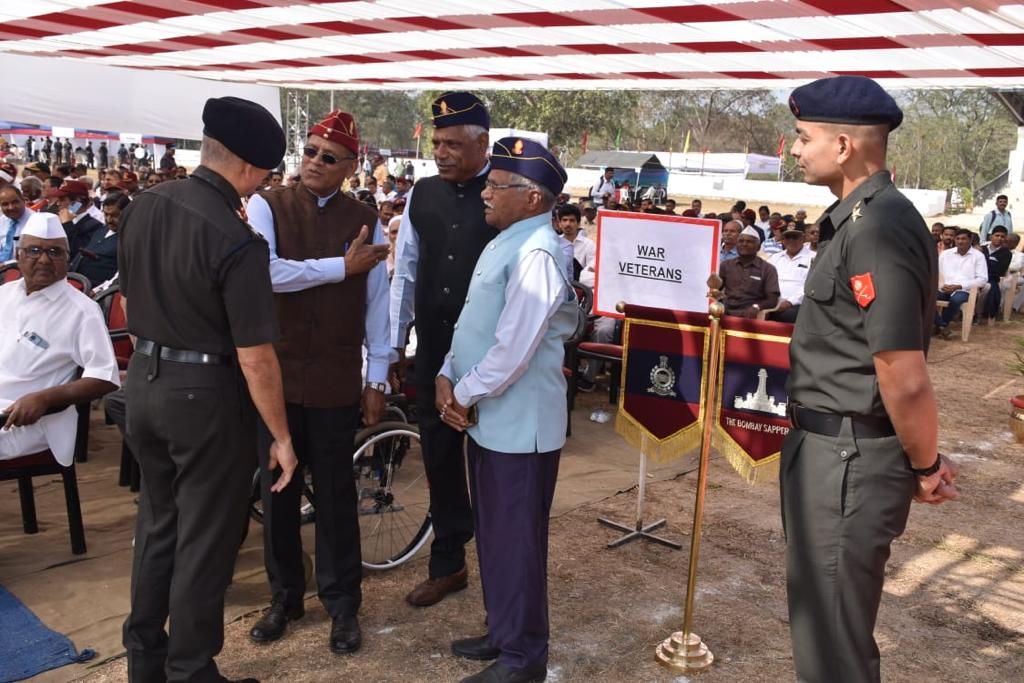 Conduct of ESM Rally on 14 January 2023 at the Bhagat Pavilion, Bombay Engineer Group and Centre, Kirkee

An Ex-Servicemen Rally was held on 14 January at The Bhagat Pavilion, Bombay Engineer Group & Centre, Kirkee for the Veterans by Station Headquarter Kirkee/ Aundh. The event which marks the 7th Armed Forces Veterans Day was presided over by Brigadier DG Patwardhan, Station Commander, Station Headquarters Kirkee/ Aundh and Commandant of Bombay Engineer Group & Centre and was attended by 1000 Veterans & Veer Naris. The main aim of the event was to connect with the Veterans and address their grievances.  To resolve pension related grievances, counters of various Record Offices were established which were highly effective. Medical Camp was also established with free medical checkup through Military Hospital Kirkee, Military Dental Centre (East), Empanelled hospitals of ECHS Polyclinic and Kirkee Cantonment Board Hospital.

Many eminent veterans attended the event and made significant contribution to the success of the rally.  Lieutenant General SS Hasabnis (Retd) addressed the rally on behalf of the veterans community. Enthralling performance by the Military Pipe Band of The Bombay Sappers, children of Army Public School Kirkee & Army Public School Dighi added festive colour to the event.

In recognition of their sacrifice and service, Veer Naris, Eminent Veterans and personalities were felicitated during the event.

The rally in true spirit of the Veterans Day event, reflected the unflinching support to the veterans community and spirit of gratitude towards them for the blood, sweat and toil they have given for the greater good of the country. 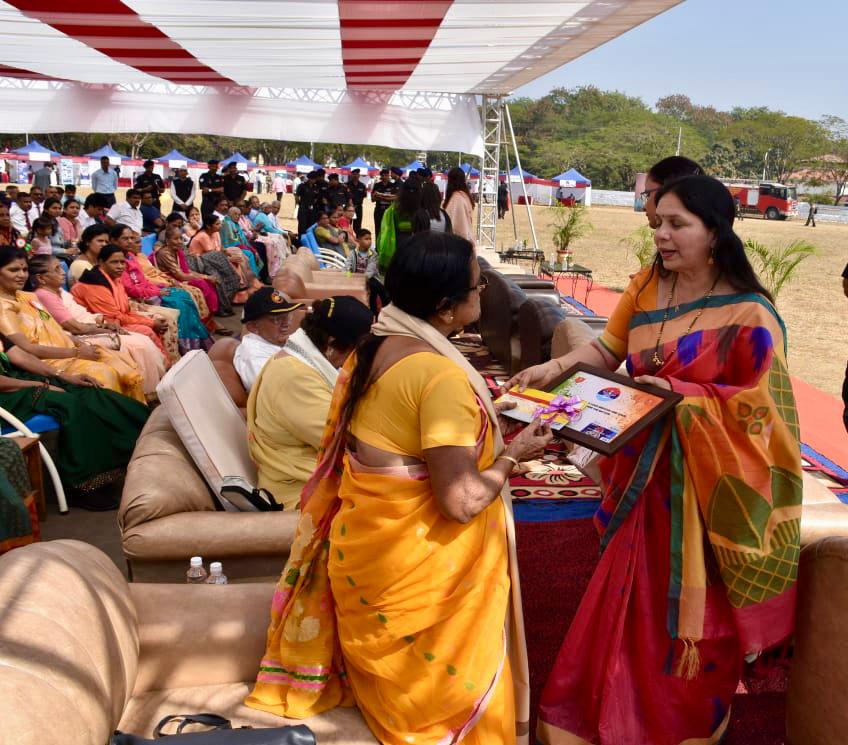 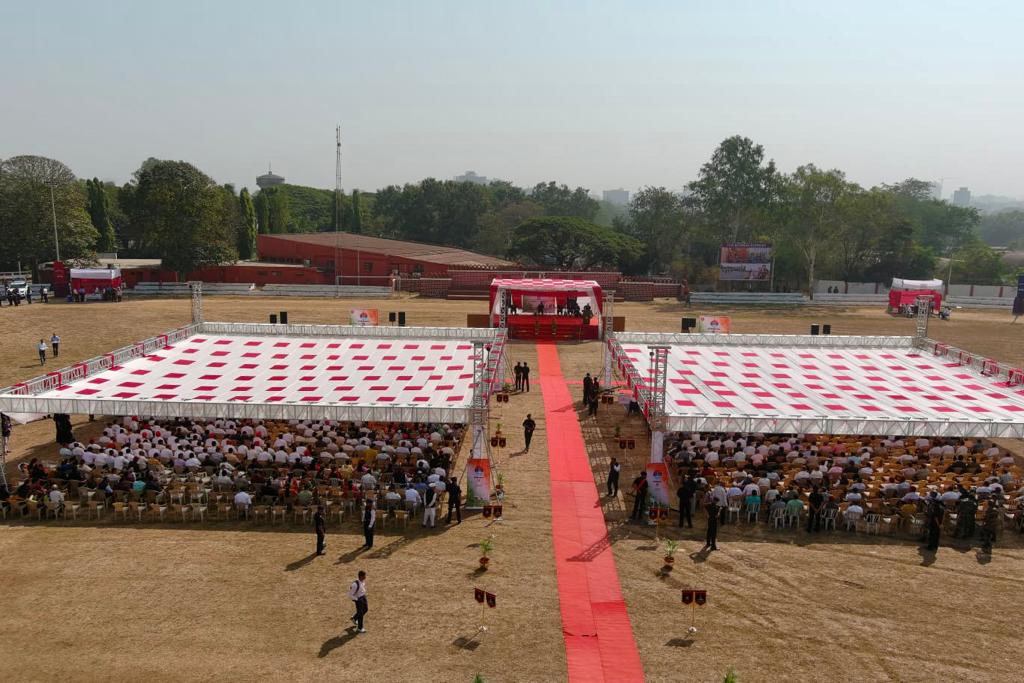 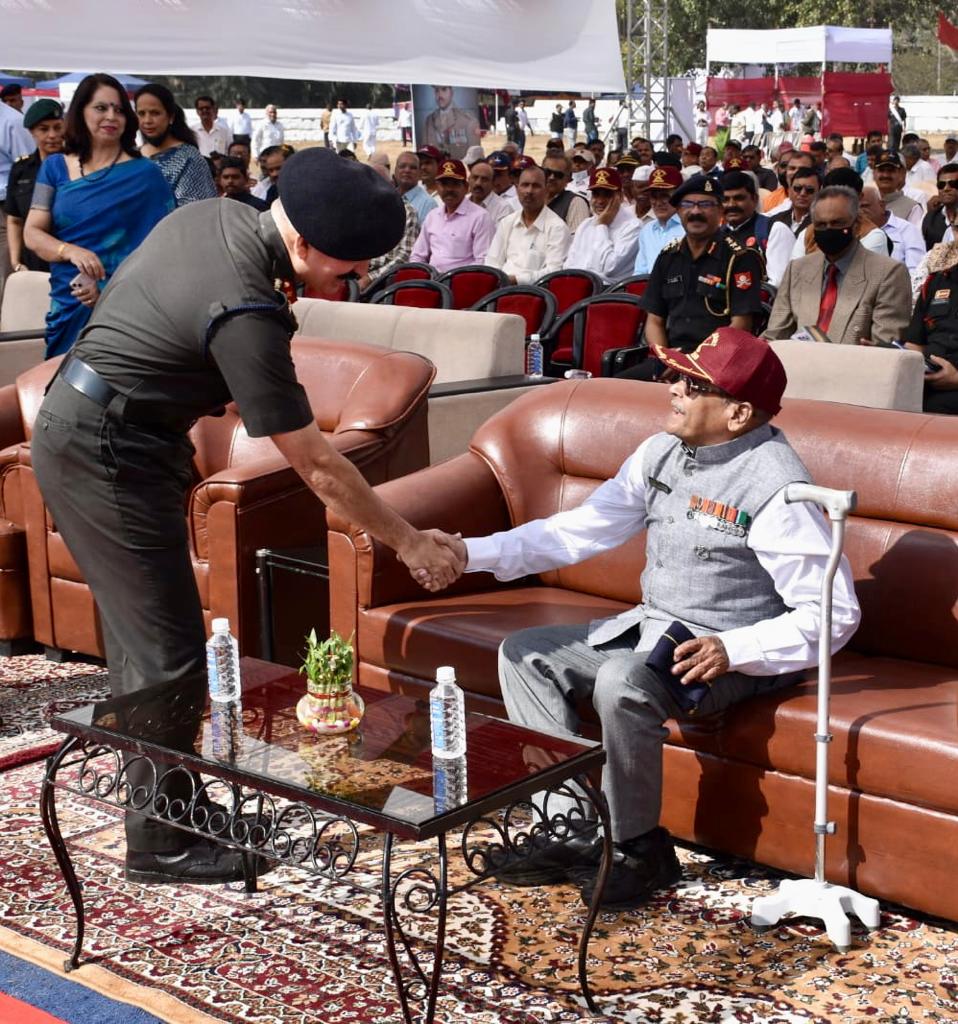