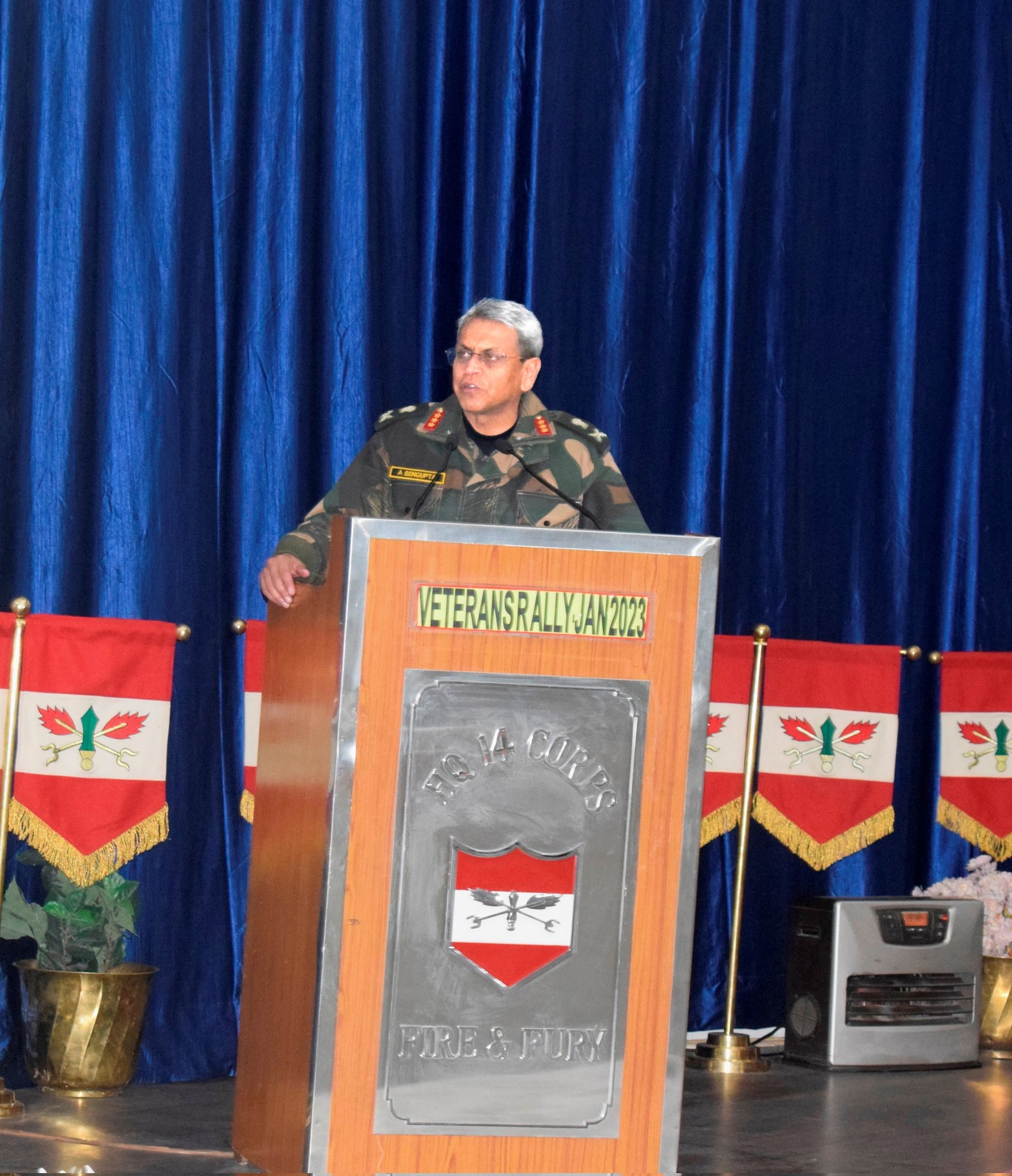 A ‘Veterans Rally’ was organised at Rinchen Auditorium, Leh on 14 January 2023 by Ladakh Scouts Regimental Centre under the aegis of Fire and Fury Corps. The rally was attended by large number of Veterans, War Heroes and Veer Naris from across the Ladakh Region.

The rally was inaugurated by Lieutenant General Anindya Sengupta, General Officer Commanding, Fire and Fury Corps. In addition, many senior serving Military/ Civilian officers and dignitaries also attended the rally. The rally was aimed at providing assistance to the Veterans and Veer Naris for which various ‘Awareness and Information Stalls’ were placed at the venue including Defence Pension Disbursement Officers (DPDO) Cell, Leh.

The rally was a huge success, witnessing an unprecedented turnout of Veterans, War Heroes and Veer Naris. The ‘Awareness and Information Stalls’ provided an opportunity to Veterans and Veer Naris to get acquainted with various welfare schemes launched by the Indian Army. The rally also provided an opportunity to our Veterans to avail medical facilities and reinvigorate their ties with their serving brethren.