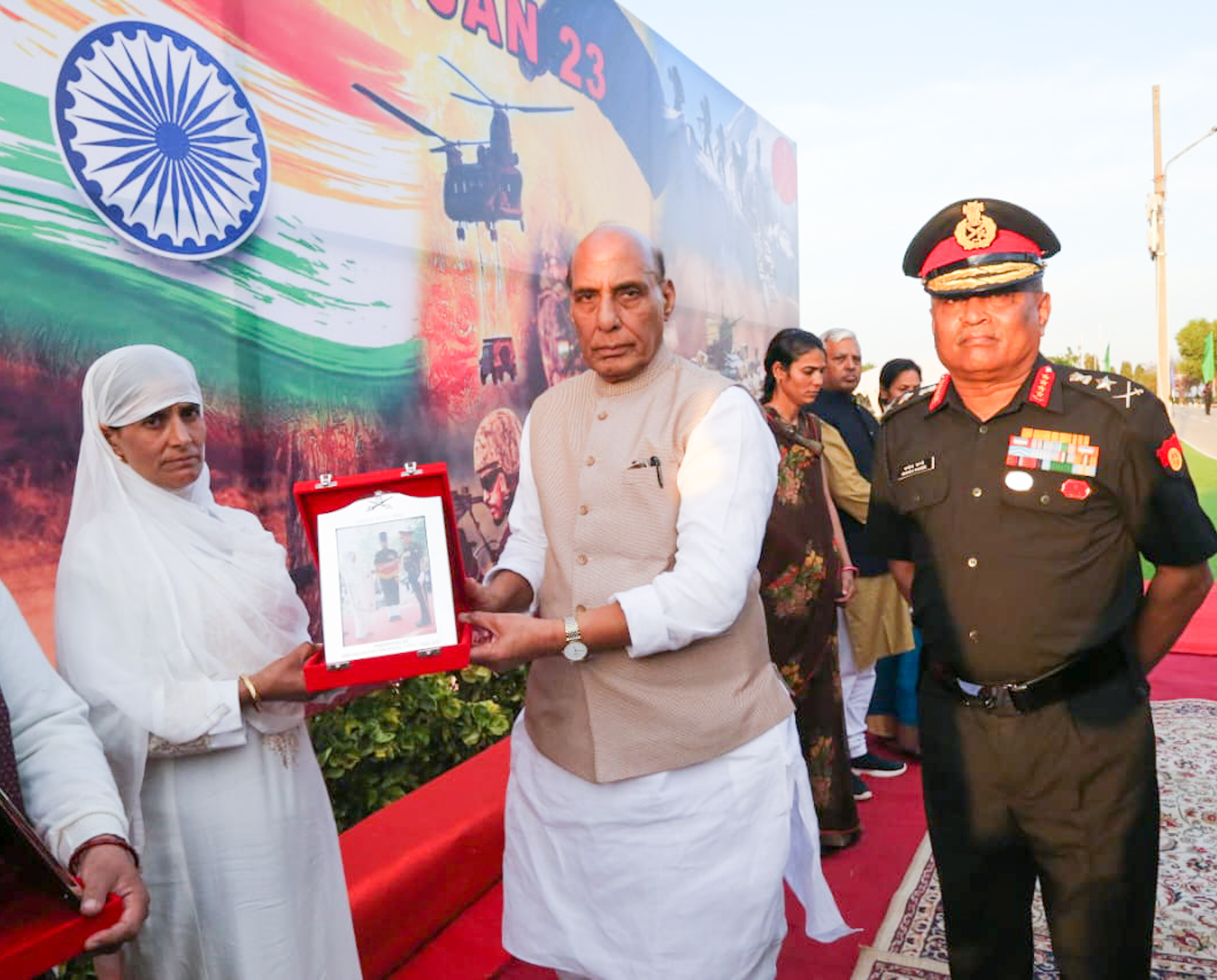 “Indian military is one of our strongest & most reliable pillars, known world over for its valour, discipline & HADR operations”

The Raksha Mantri began his address by wishing all the personnel on Army Day, which coincides with the occasion when General (later Field Marshal) KM Cariappa formally took over the command of Indian Army from General Sir Francis Bucher, the last British Commander-in-Chief in 1949, thus becoming the first Commander-in-Chief of Independent India. Shri Rajnath Singh paid glowing tributes to Field Marshal KM Cariappa, saying that the first Commander-in-Chief of Independent India, who hailed from Karnataka, made a significant contribution in strengthening the Indian Army. He also paid rich tributes to a number of revolutionaries of the state, who sacrificed their lives to ensure the country’s freedom from foreign rule.

Shri Rajnath Singh commended the Armed Forces for ensuring the territorial integrity of the country since independence, terming their determination in dealing with challenging situations as unwavering. “Our forces have successfully faced all the challenges, including those at the western and northern borders. They have upheld the country’s rich tradition with unmatched bravery, commitment and sacrifice,” he said.

The Raksha Mantri recalled the bravery of the Armed Forces during 1962, 1965, 1971 & 1999 wars and the recent incidents in Galwan & Tawang. He stated that the spirit and bravery of the soldiers has not only enhanced India's respect around the world, but has also increased faith in the hearts of all Indians. He pointed out that all the three wings of the Services have always discharged their duties with efficiency from time-to-time, adding that in Humanitarian Assistance and Disaster Relief (HADR) management, the Armed Forces have been a reliable partner not only for India, but also for friendly countries.

Shri Rajnath Singh asserted that India is known across the globe for its strong military. Be it valour, loyalty and discipline or its role in HADR, Indian Armed Forces have always been one of the strongest & most reliable pillars of the country, he said. Shri Rajnath Singh described the ability of the Indian military to adapt and reinvent itself with changing times as its greatest strength.

“Over the years, there has been a significant change in every field - from society, politics to economy. Security challenges have also witnessed that change. Not only are they evolving with time, the pace of that change is also increasing rapidly. Drones, underwater drones and weapons powered by artificial intelligence are being used today. This era has become technology intensive. Latest technological advancements have increased these challenges,” the Raksha Mantri said.

While Shri Rajnath Singh lauded the Armed Forces for adapting to the constantly-evolving times and dealing with the challenges with poise, patience and bravery, he exhorted them to further develop their capabilities and implement the lessons learnt from the ever-evolving global security scenario, including the Ukrainian conflict. He stated that militaries across the world are actively engaged in modernisation and are working on new ideas, technologies and their organisational structure. He urged the Indian Armed Forces to work on their strategies, tactics and policies keeping the future challenges in mind.

“Every today becomes tomorrow's yesterday. Any military or organisation, which prepares itself only according to the present soon becomes old and ineffective. It is imperative to work on tomorrow, the day after and the next 25-30 years. This will ensure our security and prosperity. Let us together build a developed and secure India,” the Raksha Mantri said.

Shri Rajnath Singh asserted that the Government’s focus has always been on developing a strong and foolproof security apparatus and it is now playing a crucial role in the progress of the nation. He said that due to the strength of its security system, India has become the fifth largest economy in the world and emerged as a preferred and reliable investment destination. In the last financial year, India recorded the highest-ever FDI inflow of $US 83.57 billion, he said. The Raksha Mantri voiced the Government’s resolve to continue strengthening national security by equipping the military with indigenous state-of-the-art weapons/technologies and make India one of the most powerful countries and strongest economies in the world by 2047. He assured the Nation that the Armed Forces will always be ready to deal with all future challenges.

The Raksha Mantri lauded Prime Minister Shri Narendra Modi’s visionary leadership which has transformed India’s global image to that of a nation which is carefully listened to on international platforms. He referred to the safe evacuation of Indian nationals from conflict-hit areas of Ukraine, which was only made possible due to the Prime Minister’s credibility and influence on the global stage.

The event was organised as part of the 75th Army Day celebrations held in Bengaluru. It was the first time that the Army Day was held outside the National Capital in order to increase the participation of people, especially the youth in ‘Knowing their Army’.

The skilful and daredevil performance of the Army Service Corps Motorcycle Display team ‘Tornadoes’ was a treat to watch for the audience, while the Taekwondo team captivated one and all with their stunts. The Para Motor display by the elite Para Troopers displayed the indomitable spirit and unflinching valour of the Armed Forces. A performance by the Military Band added to the colour of the event. After the display, the Raksha Mantri interacted with the gallantry awardees & their families and felicitated them. 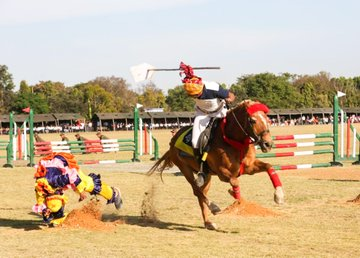 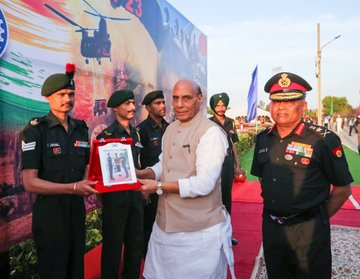