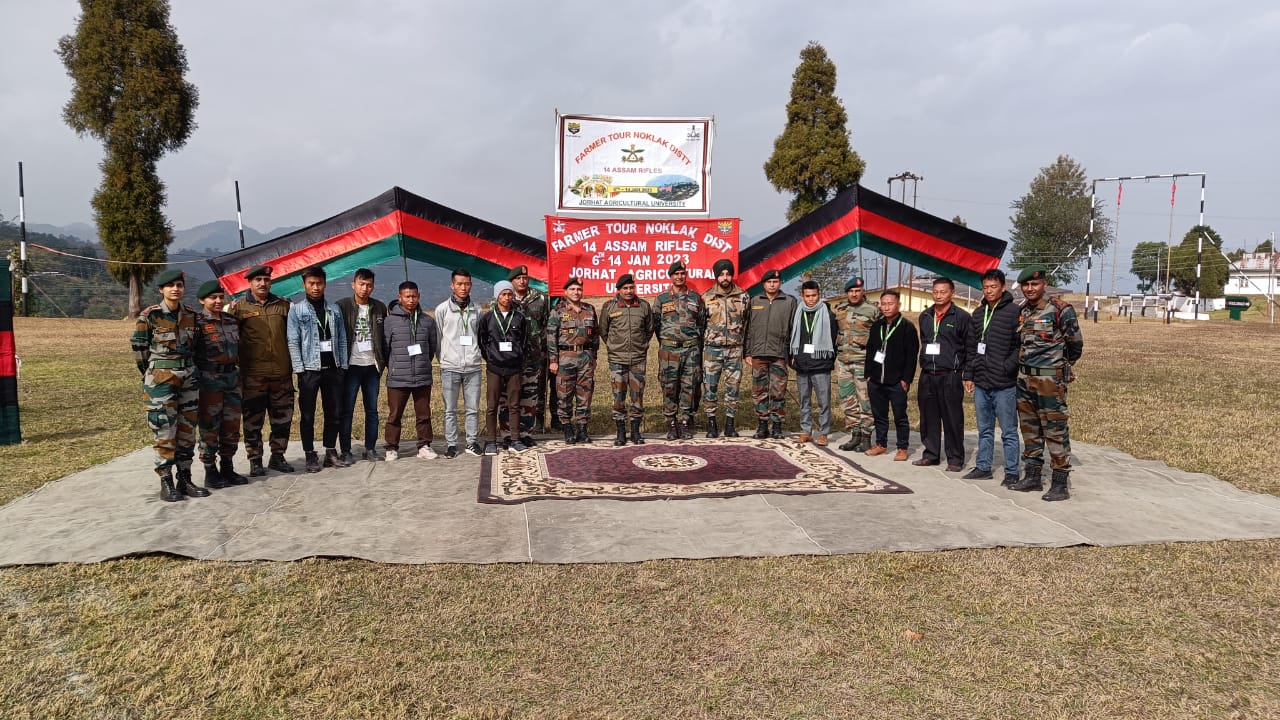 Shamatore Battalion of Assam Rifles Under Aegis Of HQ IGAR(North) organised a one week tour to Agriculture University Johrat, Assam for the farmers of Noklak Distt Nagaland on 14 Jan 2023.

The tour was flagged in at Tuensang by Brigadier Vikram Singh, Commander 7 Sector Assam Rifles  on 14 Jan 2023. Brigadier Vikram Singh, Commander 7 Sector Assam Rifles praised 14 Assam Rifles for the initiative taken by Battalion to send the farmers of the newest Distt of Nagaland i.e Noklak to Agriculture University. He promised the farmers of the Noklak Distt that this event would be made a routine affair and he was sure that farmers would have learned Nuances of modern Farming techniques and ways to enhance the production. He also requested them to share all the knowledge they have acquired to other farmers of their particular Villages and region. Tour was conducted for a duration of one week starting from 06 Jan to 14 Jan 2023. During this tour farmers also visited the Kaziranga National Park which was really appreciated by the Farmers. All the Farmers were felicitated by the commander HQ 7 Sector and subsequently the program was called off.