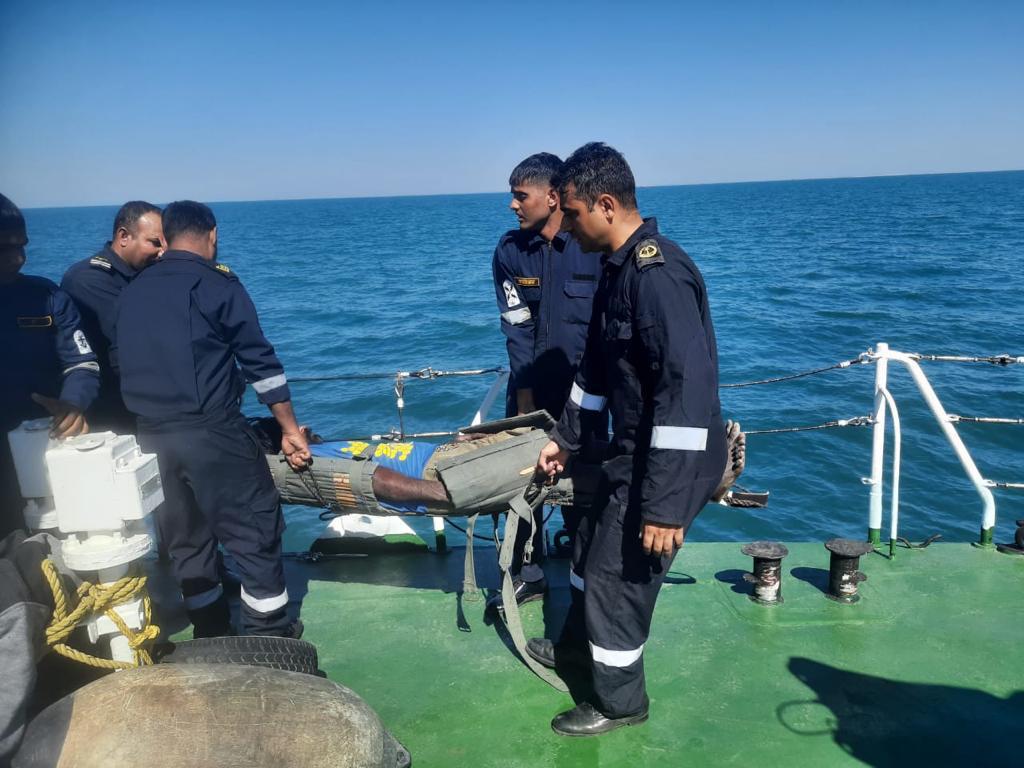 At about 09:45 AM, ICG Maritime Rescue Sub Centre (MRSC) Porbandar received distress regarding fire onboard IFB Jay Bhole. The boat was reportedly 50 kms off Porbandar coast. ICG District Headquarters at Porbandar immediately responded and diverted its Interceptor Class Ships C-161 and C-156 towards datum. One Advanced Light Helicopter (ALH) was also launched from ICG Air Station at Porbandar. The ICG Ships proceeded to the area with maximum speed and reached datum at 10:20 AM. On reaching datum, it was observed that the crew after failing to douse fire, abandoned the boat. Out of the seven crew onboard, two were rescued by a dingy boat operating nearby and five others were missing. Thereafter, in an arduous sea air coordinated effort of approx. two hours, all five missing crew were found and airlifted by ICG helicopter. All five crew were brought to Porbandar at 1:00 PM.

Of the two crew rescued by dingy boat, one was found to be seriously injured. The injured crew was taken onboard ICG ship C-161. After preliminary medical treatment at Sea by ICG team, the crew was brought to Porbandar for further treatment.

It is pertinent to mention that ICG in last 08 months has saved more than 60 lives at Sea in Gujarat Region.