Indian Army has embarked itself on a path of Capability Development and Force modernisation by leveraging new technologies and encouraging innovations through indigenisation and Aatmanirbharta.  A two-day seminar on 16 & 17 Jan 2023 was planned in conjunction with academia and think tanks to brainstorm the issue and prepare Commanders for future conflicts. On day 1 of the seminar, selected topics were presented by the Officers and Day 2 witnessed the views presented on the subject matter by experts including distinguished veterans and the senior leadership of the Armed Forces.

The Northern Command of the Indian Army faces the unique challenge of dealing with two adversaries on the borders coupled with the threat of state sponsored actors attempting to destabilise the Internal Security situation. Thus, there is an ever-increasing need to incorporate Technology to ensure efficient use of the Human resource in dealing with the adversaries. Therefore, the seminar worked towards further honing the skills of Commanders to exploit technology for future battlefields which will be technology intensive as well as enable them to lead their men separated in time and space with equal ease and dexterity.

Current and future conflicts will not only be restricted to the military but will be fought as a whole of Nation approach where Technology will be extensively utilized in the information (Cognitive, Cyber and Electromagnetic Activities) and Physical domains. The exponential outcome of technology integration has led to new war fighting methodology attrite enemy without fighting and defeat enemy well before onset of evolving creative imaginative thinking dully enmeshed with application of emerging technology. During the seminar, subject matter experts to include distinguished veterans and the senior leadership of Armed Forces presented their critical inputs and invaluable assessments. Few eminent speakers were Lt Gen YK Joshi (Retd), Lt Gen AK Singh, (Retd), Lt Gen AB Shivane, Lt Gen P R Shankar (Retd), Lt Gen Praveen Bakshi, (Retd), Lt Gen Shantanu Dayal, (Retd) apart from the serving Officers.

The seminar will enable the Northern Army to incorporate the technical needs of the Commanders and ascertain the latest developments in the technical domain of the battle field. The same will facilitate the seamless incorporation of advanced technologies in Military Domain to effectively increase the potency of the Indian Army while improving efficiency. Emergency technology will continue to revolutionize the battlefield with respect to lethality of long-range precision weapon system, autonomous system infused with AI Robotic and UAS connectivity with robust command, control, communication, computers, intelligence and interoperability (C4I2) and special reconnaissance (SR) and Real time uninterrupted communication, sustenance and survivability.

The changing character of warfare with induction of technologies couples with operational imperatives and challenges of Northern Command to simultaneously deal with adversaries of Norther and Western front dictates the need for Techno Commanders at Strategic, Operational and Tactical level to be able to optimally adapt technology into military application to fight the future war. 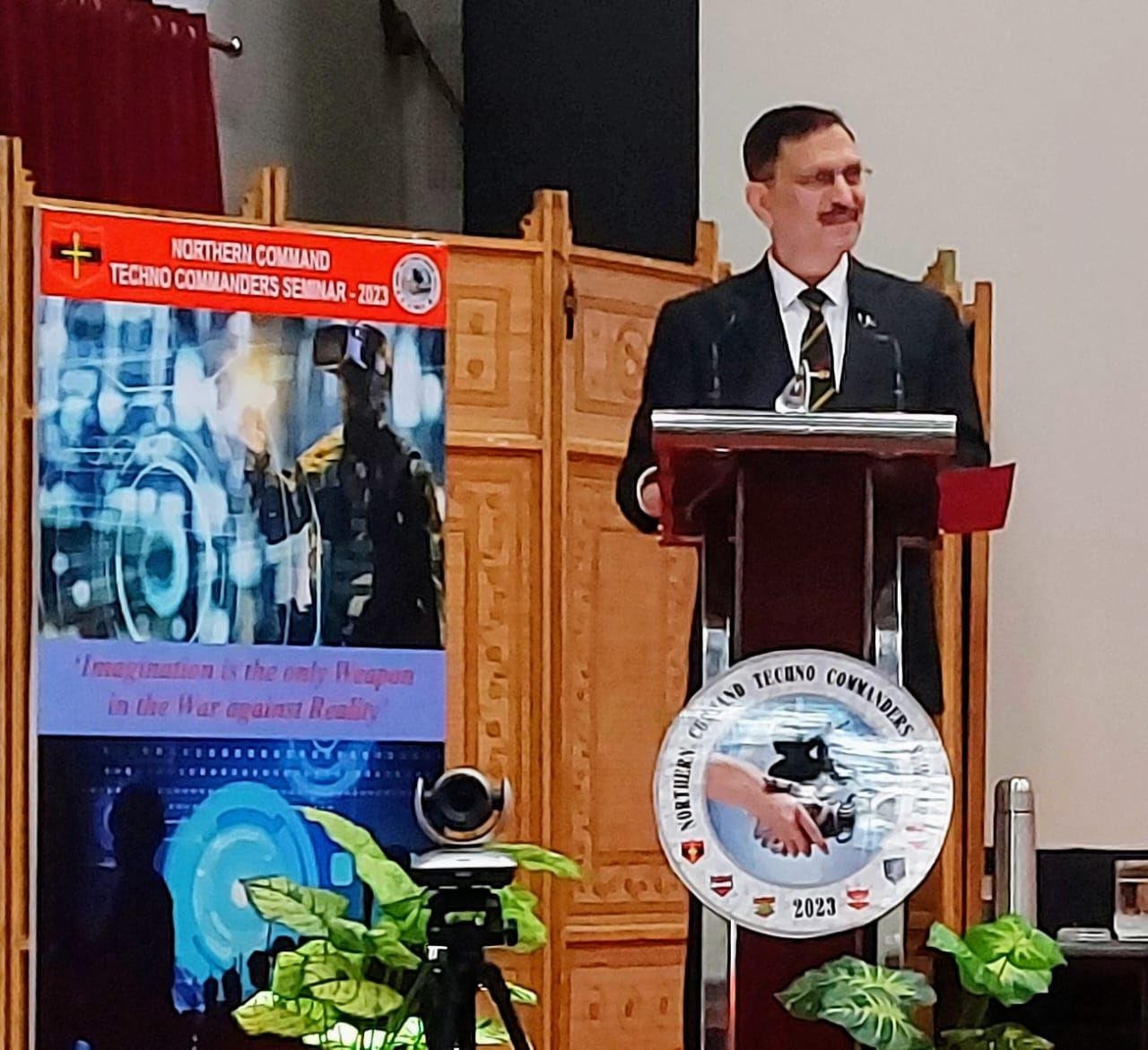 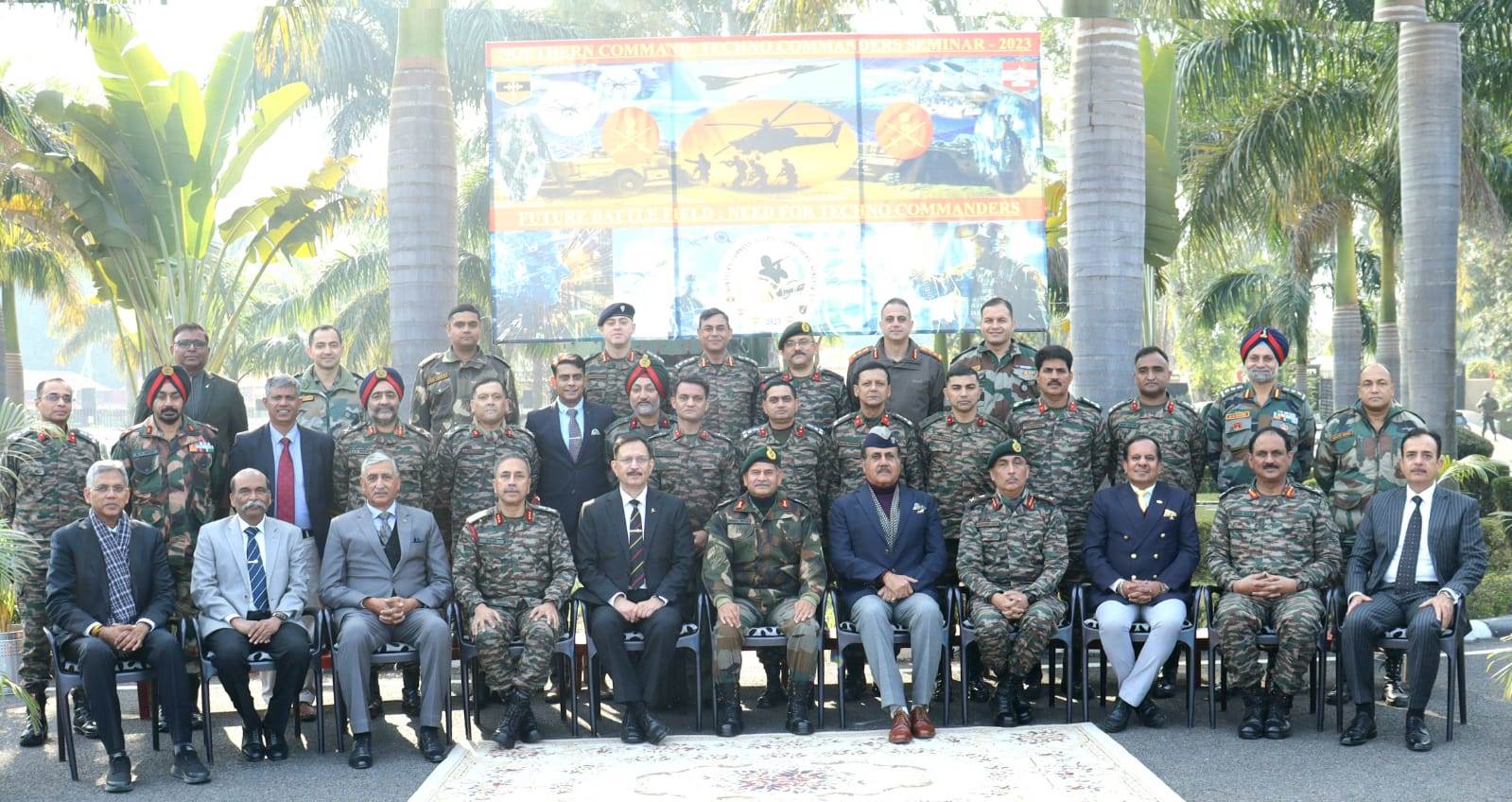