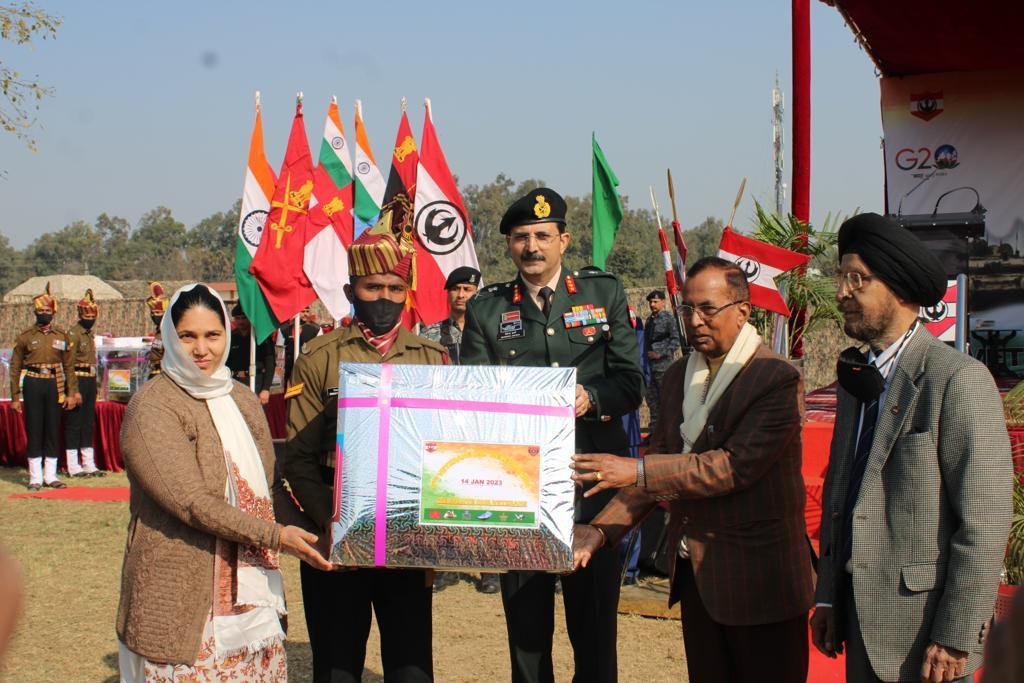 Jalandhar based Vajra Corps celebrated the 7th Tri Services Veterans Day at Jalandhar Cantt showcasing the commitment of India Army towards welfare of its veterans and their families. The function was attended by more than 2000 ex-servicemen from Army, Air Force and Navy and their dependents from various districts of Punjab.

Shri Som Prakash, IAS (Retd) Minister of State for Commerce & Industry (GoI), was the chief guest of the occasion and felicitated 30 Veterans and veer Naris. While speaking on the occasion, he expressed gratitude to the veterans for their commendable service to the nation and assured the gathering that the government and the Army are sensitive to their needs and would take every step to ensure that the ex-servicemen, Veer Naris and their families are cared for and looked after well.

A number of dignitaries from the defence forces to include Lieutenant General Devendra Sharma, General Officer Commanding Vajra Corps, Major General K V Jauhar, General Officer Commanding 91 Sub Area, Air Commodore SharadPasricha, Air Officer Commanding 8 Wing IAF and civil administration also attended the function and interacted with veterans and families.Stalls were established to cater for redressel of grievances and also to spread awareness regarding various welfare schemes for ex-servicemen. The function provided a joint forum for the veterans and their families to interact with both military and civil agencies and resolve pending issues. On the occasion, a medical camp was organised to provide medical and dental treatment to ex-servicemen, their dependents and veer naris.

The event was an endeavour on part of Indian armed forces to recognise and honour the veterans, fallen heroes and their families for their unflinching loyalty and selfless service to the nation for which the nation will always be indebted. 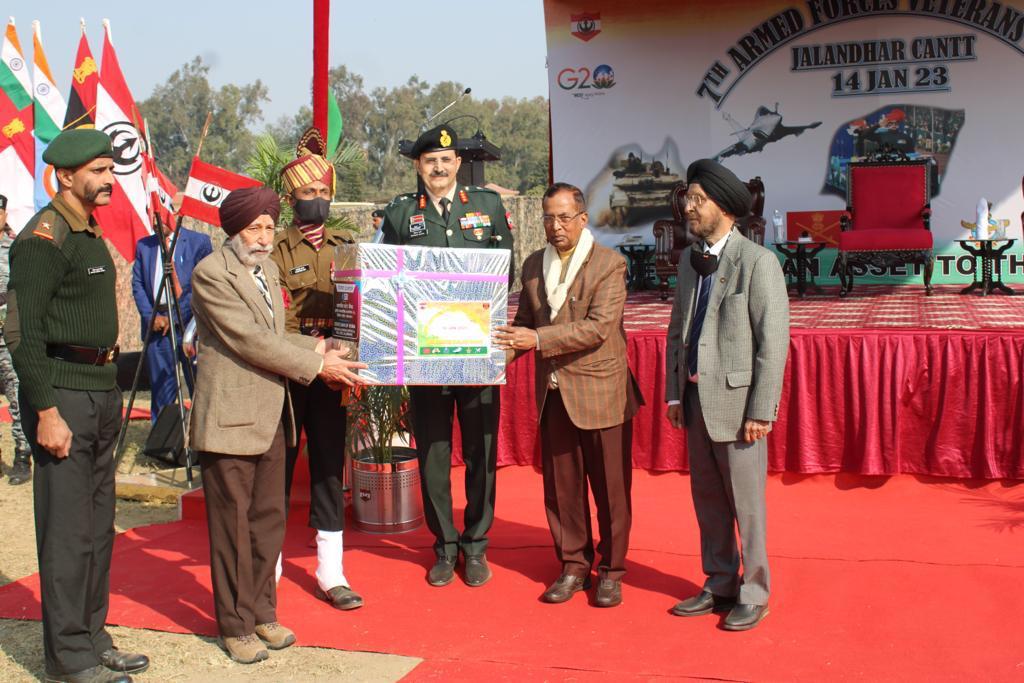 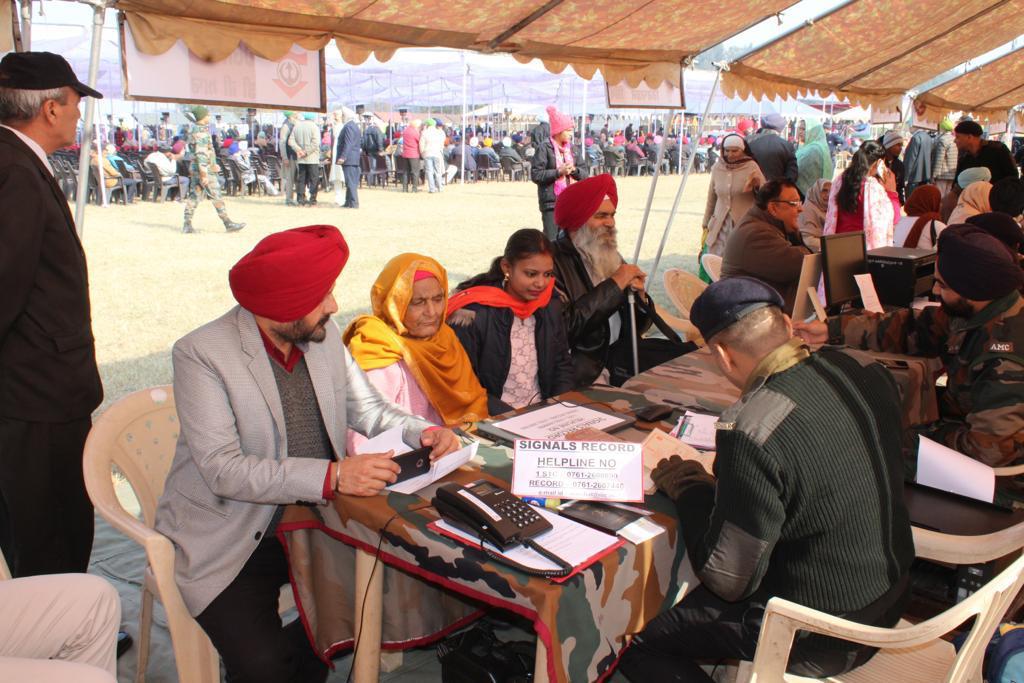 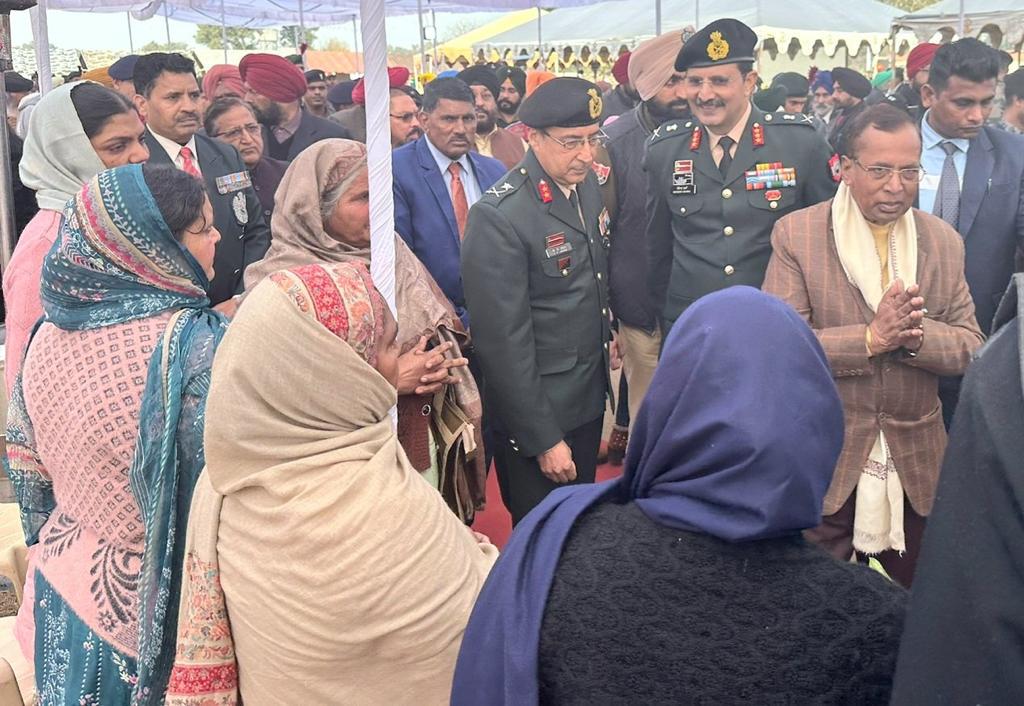