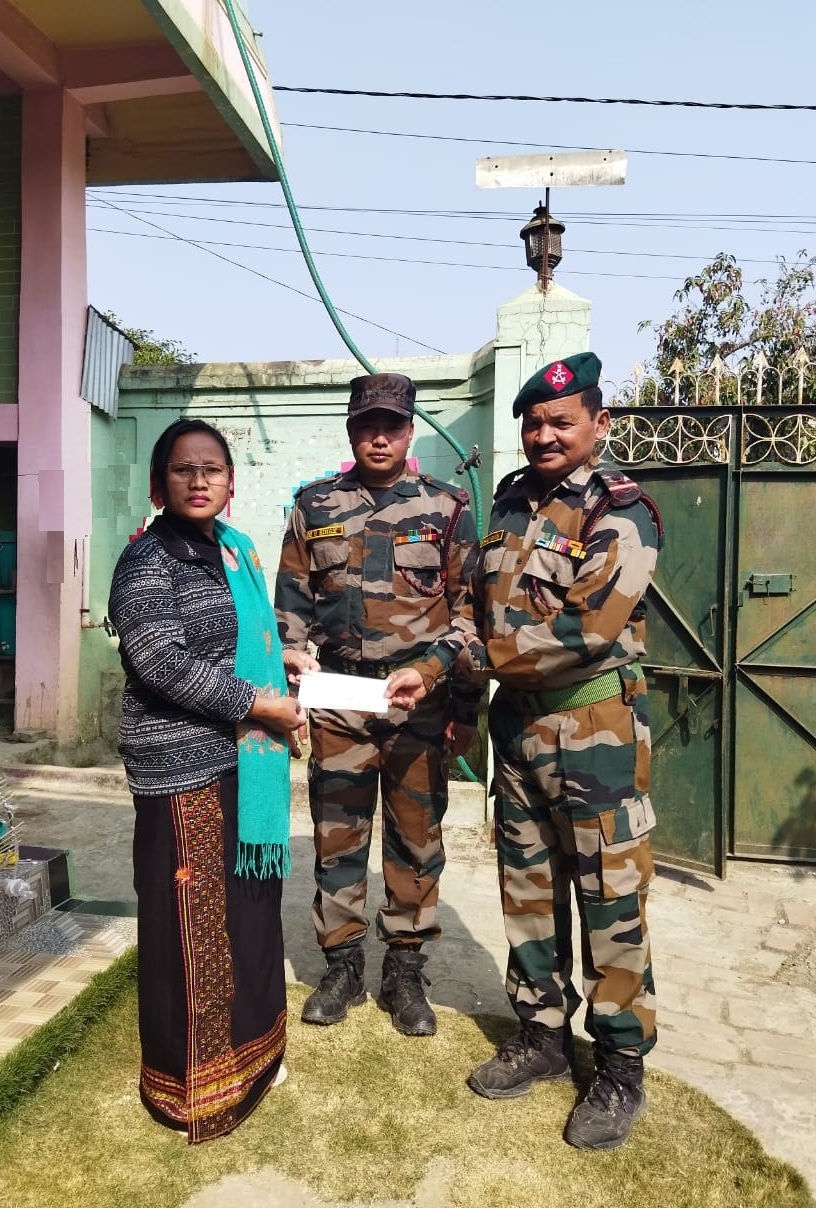 Miao Battalion of Assam Rifles under the aegis of HQ IGAR (N) organised a felicitation ceremony in honour of Hav (Late) Thangjalet Kuki, SC (P) on 17 Jan 2023.

The ceremony was carried out as part of outreach programme to felicitate all Chakra series awardees of  unit. On 12 May 2009, Hav Thangjalet Kuki, SC (P), was part of an op launched in Tamenglong, Manipur in which he was manning the LMG when his coloumn came under effective small arms fire from the hiding insurgents. Hav Thangjalet Kuki, with his superb tactical accumen sited his LMG under the cover of darkness and engaged the insurgents with effective fire. The aimed fire by Hav Thangjalet Kuki resulted in neutralizing two insurgents and made him receive heavy return fire from insurgents which cause multiple bullet injuries. Hav Thangjalet Kuki was asked by his buddy to pull back to a safe location, which he refused to and with utter disregard to his personal safety continued firing thereby injuring two more insurgents till he became unconscious due to profuse bleeding and later succumbed to his injuries. During the event, Smt Hatkhochin (wife) was felicitated and was assured of necessary assistance.