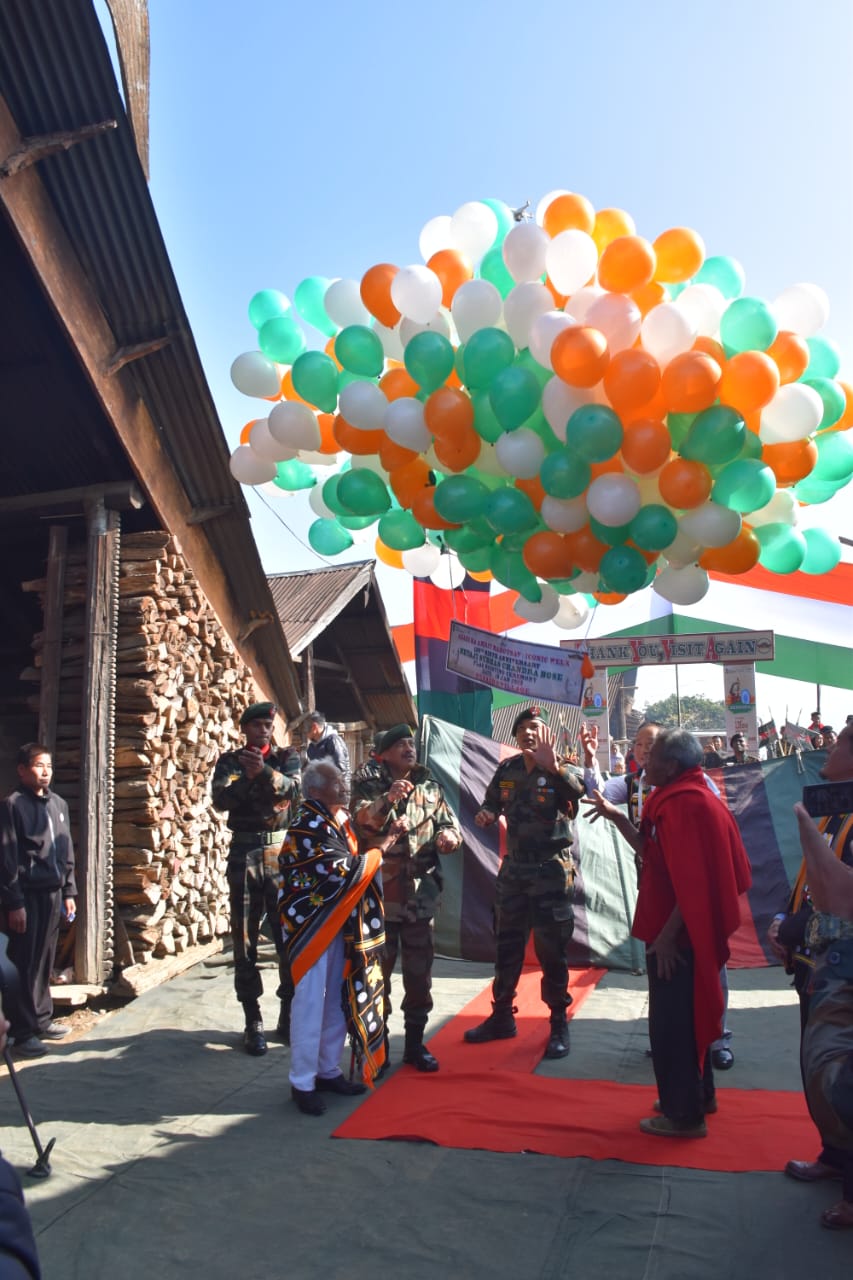 The Iconic Week Celebrations, to commemorate the 126th Birth Anniversary of Netaji Subhas Chandra Bose is being celebrated across the nation. A large number of functions were organised across the state of Nagaland on 18 Jan 2023. Wherein, the major function was held at the Historic Ruzazho village, Phek District by Assam Rifles.

The ceremony at Ruzhazho village was organised to remember the nine day stay of Netaji in this village during the advance of the Indian National Army (INA) towards Kohima in March 1944 after crossing the Chindwin River. Ruzhazho was also the first Indian village liberated from British control by Azad Hind Fauj. Subsequently, the village was administered by Azad Hind Govt under Netaji. The village has been identified due to Evangelist Poswuyi Swurov, a 104 years old veteran freedom fighter and Mr Cekrolhu Swuro, who served under Netaji and are living witness to narrate the heroic acts of INA. Netaji had appointed Evangelist Poswuyi Swuro as DB Area Administrator of the village.

The village of over 2000 persons showcased there affection and celebrated their connect with Netaji by hoisting the national flag at each house. Children were dressed as soldiers of the INA, using Jai Hind as the routine salutations and showcasing their cultural and deep rooted traditions in the form of songs, dances and attire. As mark of respect, the entire village alongwith the officers and soldiers of the Assam Rifles carried out a marchpast on the tunes of the Army song, “Kadam Kadam Badae Ja”, proudly holding the National flag and INA flag.

Earlier, The event started with hoisting of the National flag with 80 gun salute, by Assam Rifles, to the INA and Netaji Subhas Chandra Bose. Each gun representing a thousand soldiers who displayed an exemplary 'sense of duty' and fought for freeing our motherland. 378 balloons of 126 each in Saffron, White and Green colours depicting the tricolor were released in the skies of the village with the message of Peace and Prosperity. 200 books tiltles “The Lions of Bharat – Netaji Subhas Chandra Bose & INA” written by Prof Kapil Kumar, narrating the heroic deeds of Neta ji and INA, during the freedom struggle were distributed to the villagers.

Maj Gen Vikas Lakhera, SM, Inspector General Assam Rifles (North), the Chief Guest of the occasion felicitated Evangelist  Poswuyi Swuro and other prominent personalities of the village. Evangalist Swuro, also narrated his experiences and history of the stay of Netaji in the village for 9 days with lots of pride and emotions.

As part of Iconic week, an array of activities on the theme of Netaji’s contribution to the freedom struggle are being organised at various places associated with Netaji to include Andaman & Nicobar Island, Kohima, Imphal, Surat, Cuttak and Kolkata from 17 Jan to 23 Jan 2023. 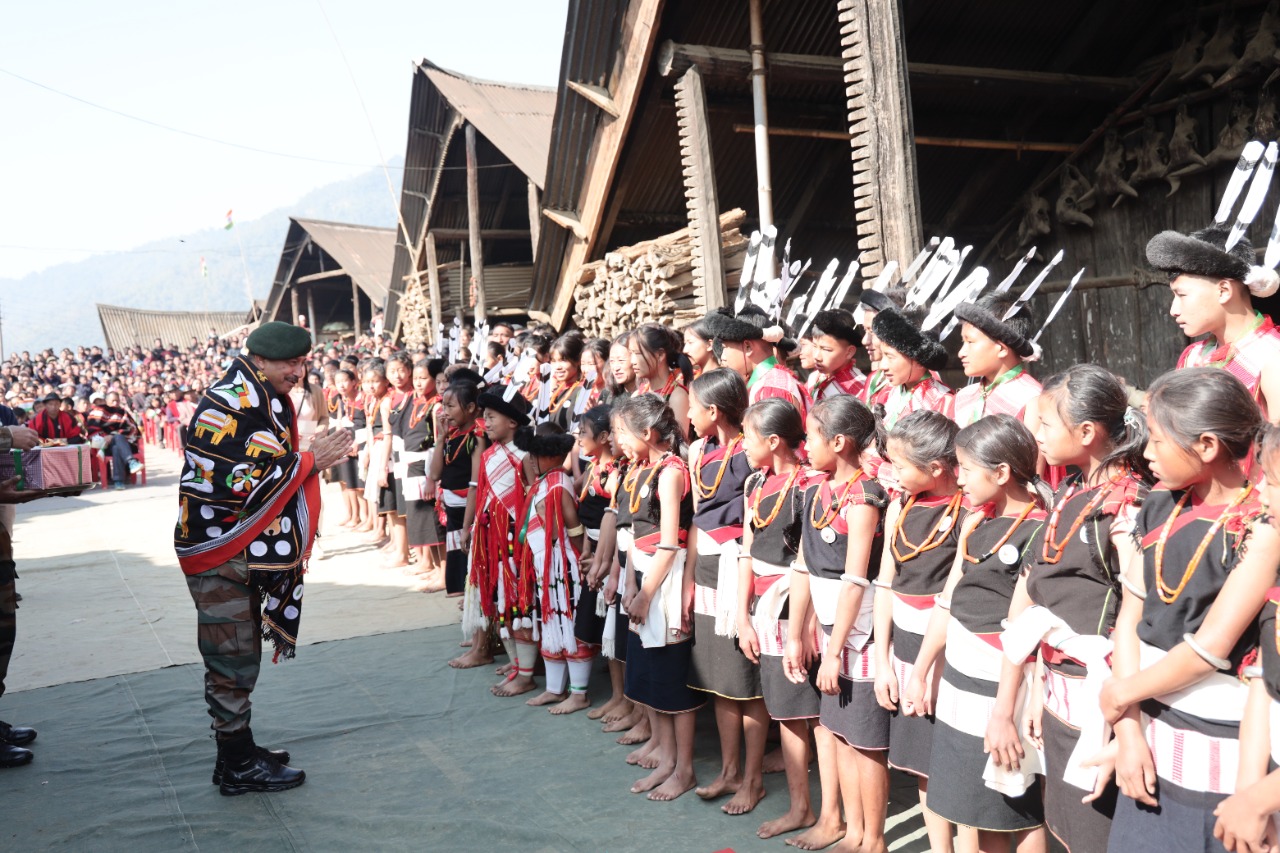