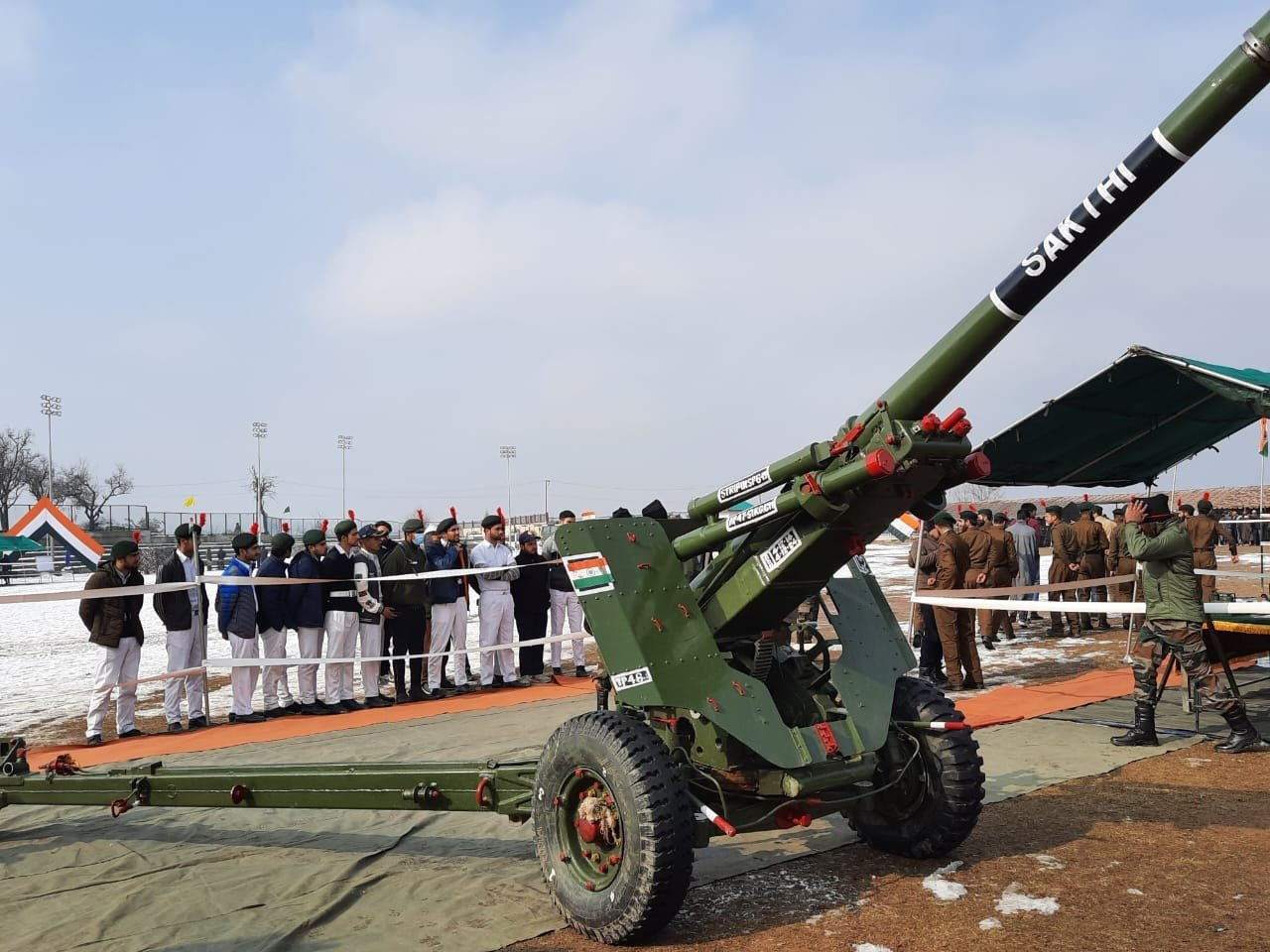 A mega equipment display as part of 'Know your Army' campaign was conducted by Chinar Corps at Budgam Stadium on 19 January 2023.

The event which was organised as a prelude to the Republic Day 2023 celebrations, witnessed a footfall of approximately 750 citizens including 30 Ex-Servicemen.

The event was inaugurated by Commander 5 Sector Rashtriya Rifles and was attended by school children, NCC cadets, veterans, youth and locals from Budgam and adjoining areas. The attendees were captivated by the large assortment of equipment which included Artillery guns, Air Defence guns, Mine detectors, Special Forces equipment and High Altitude clothing used by Army personnel. The students were also made aware of the utility of the equipment for undertaking the task of protecting the territorial integrity of our country.

On the sidelines of the event, a medical camp was also organised for ailing visitors, especially senior citizens, in view of harsh weather conditions. The event also offered an opportune moment to guide the youth about the Agniveer Scheme and the prospects of a bright career in the Armed Forces.

The hearty interaction between the Armed Forces personnel and the locals further strengthened the bond and bonhomie amongst them, thereby, cementing the Citizen-Soldier connect. 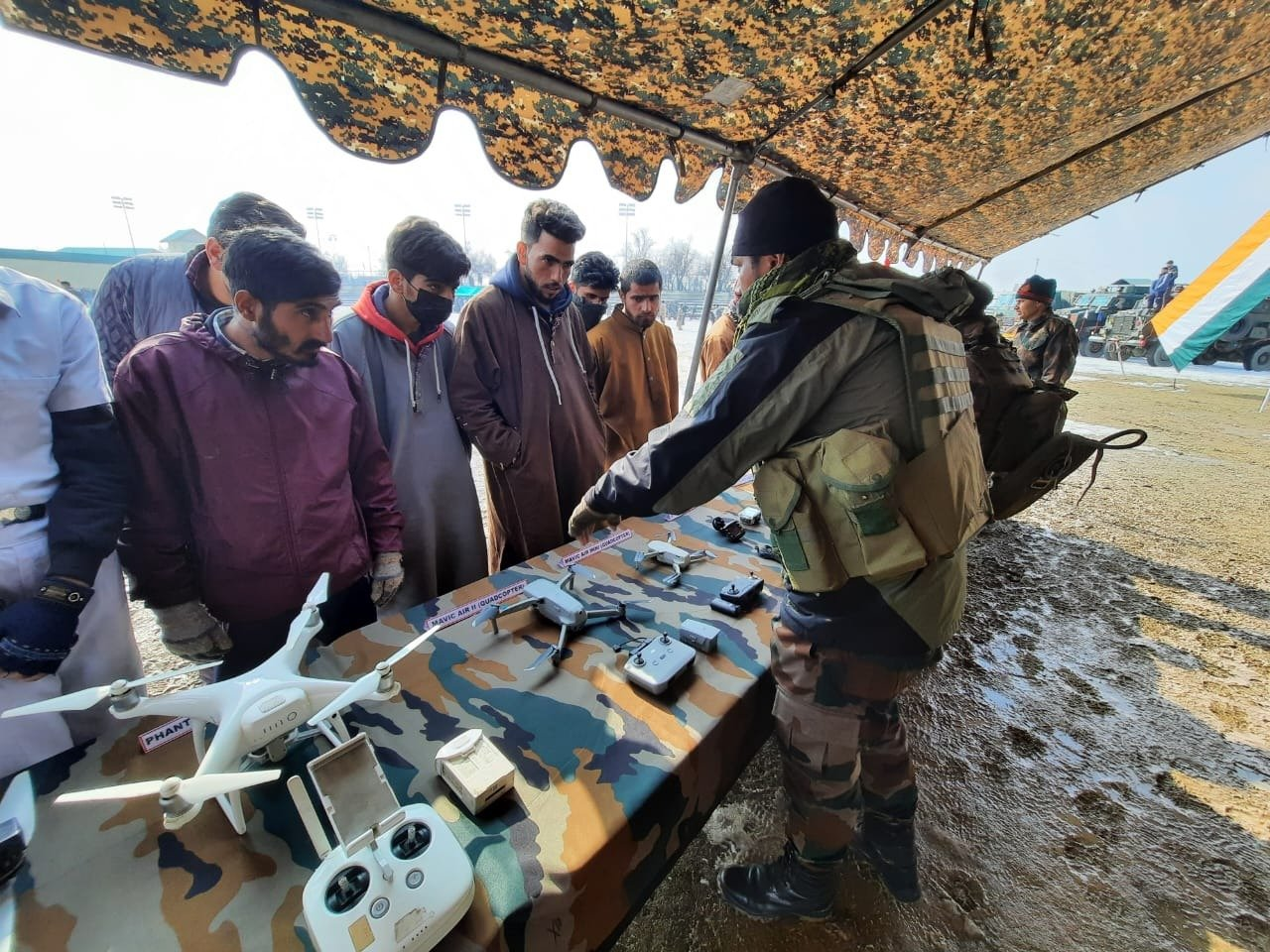