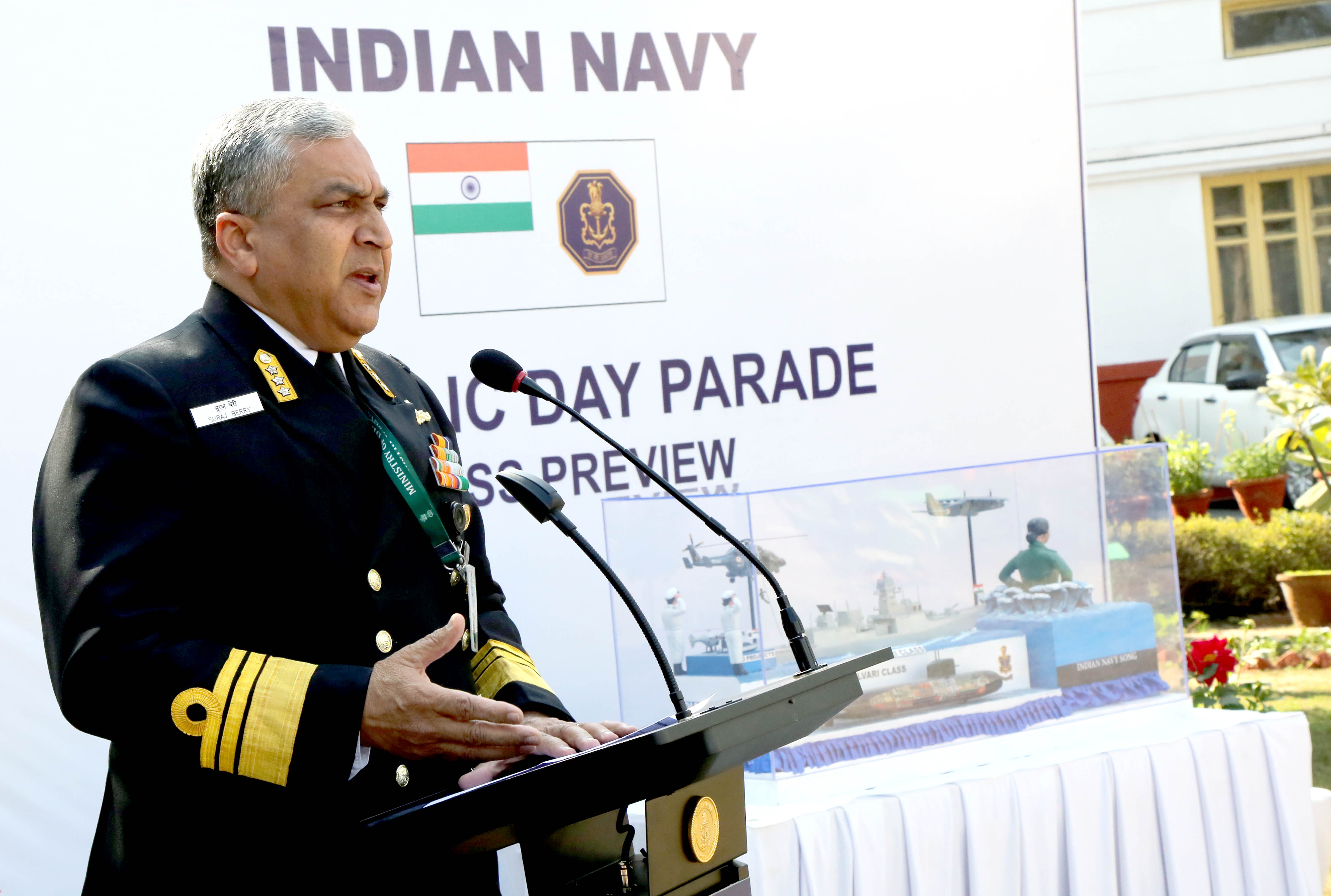 The world renowned brass band of the Indian Navy of 80 musicians will be led by M Antony Raj, MCPO Musician Second Class).

About the Naval Tableau: -

The tableau being paraded at RDP-23 is in pursuance of the Navy Week theme of Indian Navy (IN) - Combat Ready, Credible, Cohesive and Future Proof. Concurrently, the nation is also celebrating 75 years of Independence as ‘Azadi ka Amrit Mahotsav’.

The tableau is designed with an aim to showcase the multi-dimensional capabilities of the IN as well as highlight key indigenously designed and built inductions under mission `AatmaNirbhar Bharat’. The tableau also aims to highlight ‘Nari Shakti’ in IN.

The forward part of the tableau (on the tractor) showcases a woman aircrew of Dornier aircraft (flying overhead), highlighting all-women crew of a surveillance sortie undertaken last year (Aug 2022). Videos of unveiling of new Naval ensign and new Navy song “Hum Tayyar Hain” are being streamed on LED screens.

The main section of the tableau (on the trailer) illustrates the `Make in India’ initiatives of Navy. Model of the new indigenous Nilgiri class ship with a Dhruv helicopter deploying marine commandos takes the centre-stage. On the sides of the main section, cut out models of indigenous Kalvari Class submarine are depicted.

In the rear section of the tableau, three models of autonomous unmanned systems being developed indigenously under IDEX-Sprint Challenge are displayed. The Indian Navy aims to induct at least 75 technology/product as part of Azadi Ka Amrit Mahotsav. The sprint initiates was launched by Hon’ble Prime Minister during the Naval Innovation and Indignation Organisation Seminar on 18 Jul 22. These products are being developed under innovation for defence excellence scheme of the Ministry of Defence and Technology Development Acceleration Cell of Indian Navy.

The tableau endeavours to highlight Indian Navy’s sustained focus on `AatmaNirbhar Bharat’ initiatives towards being a future proof and maintaining combat readiness in service of the nation. 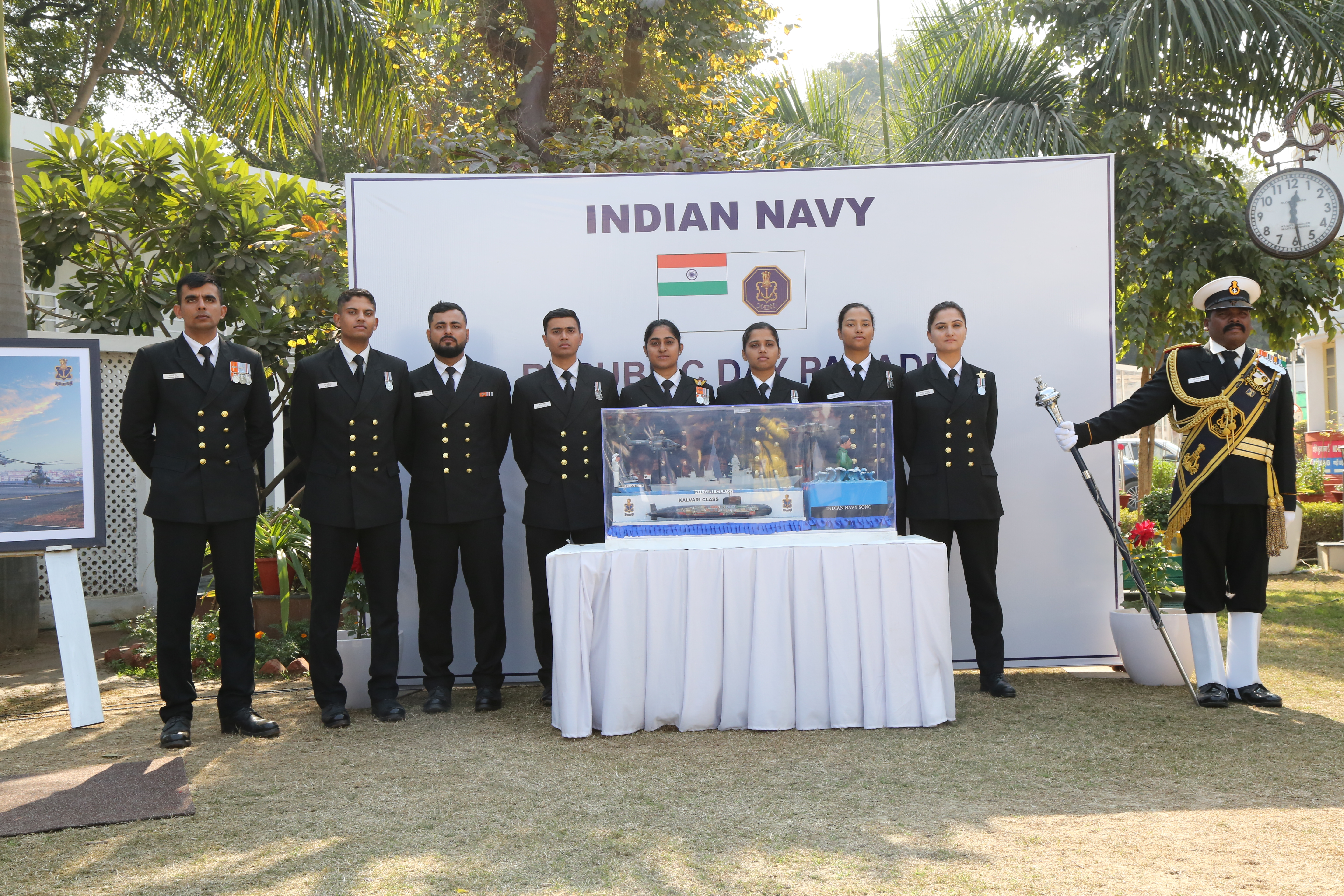