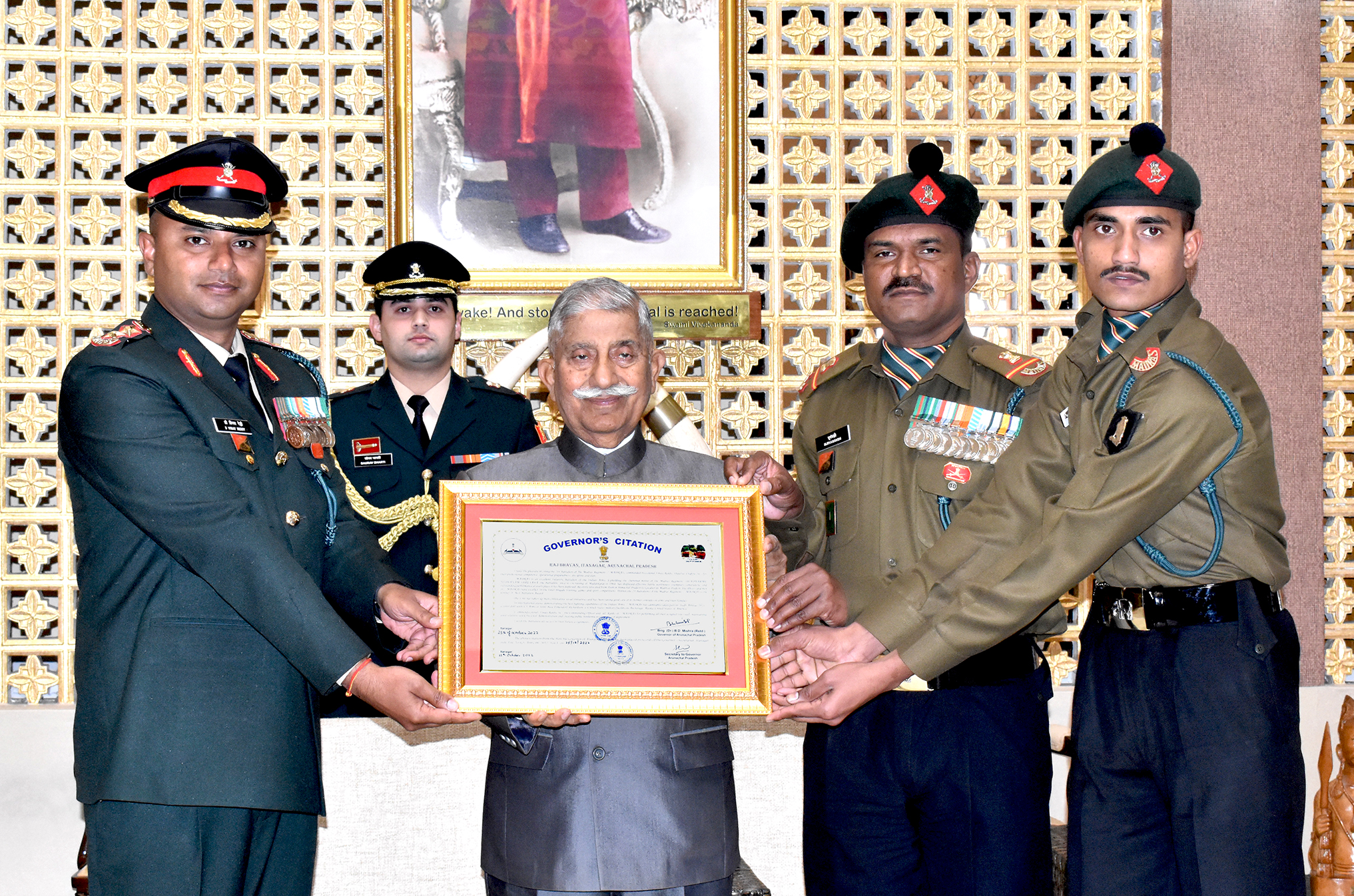 The Governor of Arunachal Pradesh Brig. (Dr.) B.D. Mishra (Retd.) presented Governor’s Citations to 7th Battalion of The Madras Regiment (7 MADRAS) in the Vivekananda Hall of at Raj Bhavan, Itanagar on 20th January 2023. The Governor cited the Battalion for their professional competence, operational preparedness, discipline and élan. Colonel Vinay Reddy, Shaurya Chakra (SC), Commanding Officer along with Subedar Major Suryawanshi and junior most Sepoy K Suresh received the citation for 7 MADRAS. Commending the Unit, the Governor said that the citation presented to the 7 MADRAS bestows additional responsibility to do better in their field of responsibilities. He advised the Commanding Officer and all ranks of the Battalion to excel in all fields in their formation.  The Governor said that the man management in Army units has changed with time. Now, it is the ‘Participatory Command Style’ where every soldier, from Jawan to Commanding officer is a stakeholder in the performance of the Battalion. The Governor said that ‘Shareholder Concept’ is required for the Unit to strive forward as a team and to instill a sense of responsibility for each member of the unit. He said that this concept covers all aspects like operations, training, logistics, administration and the discipline of the unit.

7 MADRAS is an excellent Infantry Battalion of the Indian Army. Upholding the cherished motto of the Madras Regiment, ‘Swadharme Nidhanam Shreyaha’ the Battalion, since it’s re-raising at Madukkarai in 1964, has displayed effective battle worthiness, exemplary camaraderie, and outstanding performance at every place it has been deployed. Recently relocated from Pooh in Himachal Pradesh to Gwalior in Madhya Pradesh, the officers and men of 7 MADRAS have excelled in the Inter Brigade training, games and sports competitions. Within the 23 Battalions of the Madras Regiment, 7 MADRAS is the winner of ‘Best Battalion Award’. The Unit has taken up many innovative social initiatives and has been taking good care of its former comrades in arms and their families.

In international arena, demonstrating the best fighting capabilities of the Indian Army, 7 MADRAS has admirably taken part in ‘Yudh Abhiyas 2021’, a Joint drill with US Army at Joint Base Elmendorf–Richardson, a United States military facility in Anchorage, Alaska, United States of America. 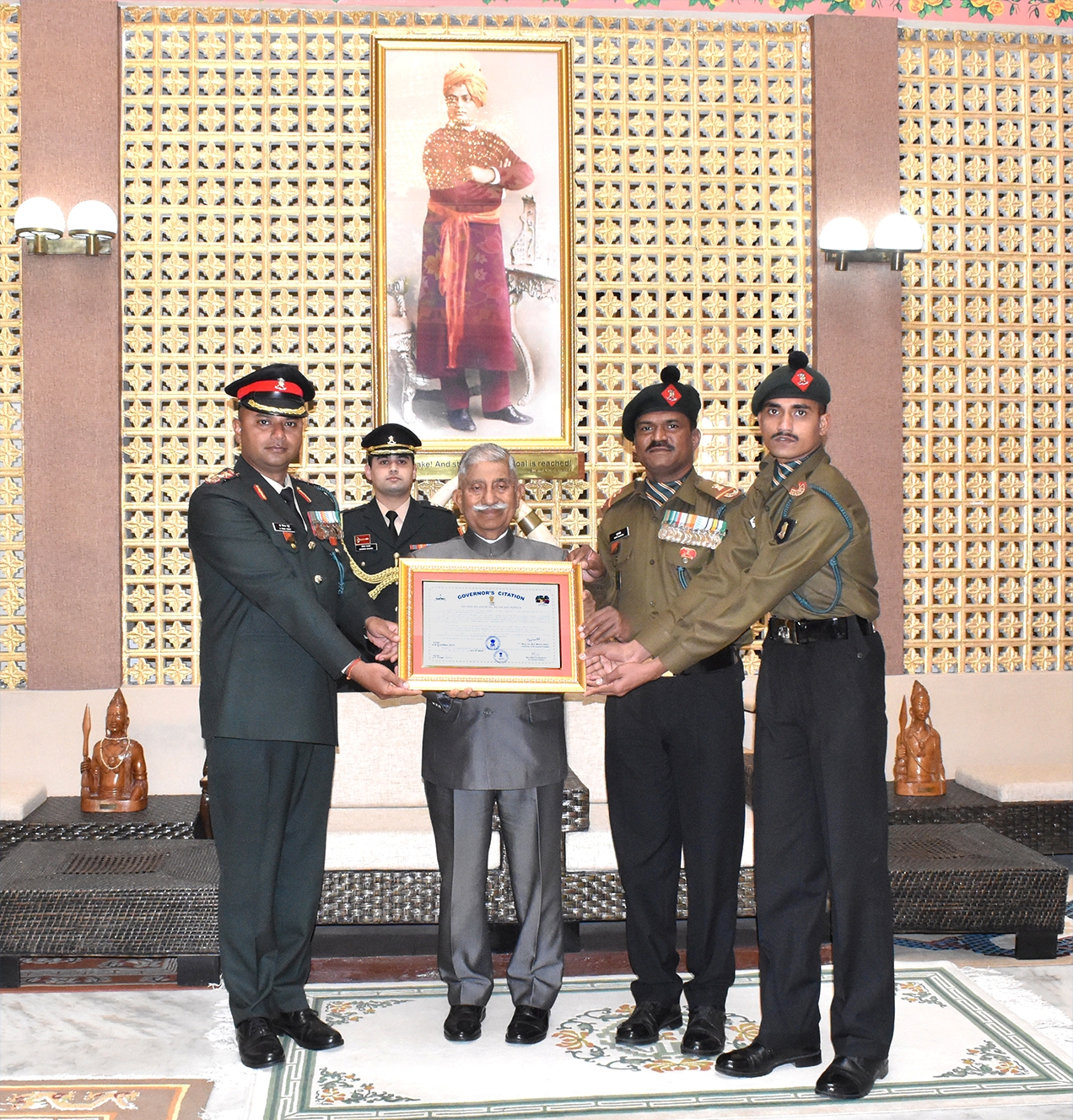